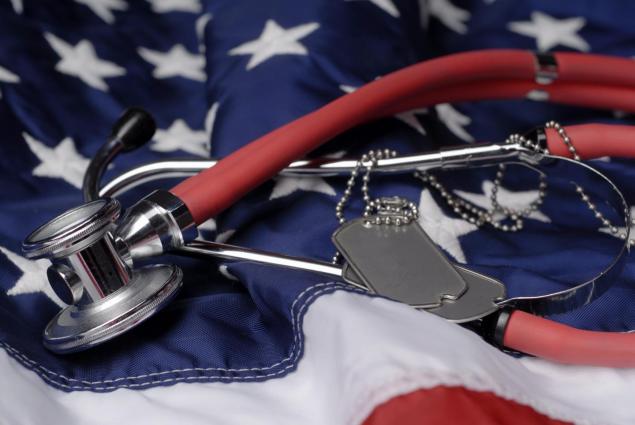 Long waiting times for appointments have led to the deaths of at least 40 veterans who were patients at the Phoenix Veterans Affairs Health Care System.

Many of those veterans were placed on a “secret waiting list” that was part of a scheme designed to hide how long patients actually had to wait for appointments. An estimated 1,400 to 1,600 veterans were forced to wait months to see a doctor.

Dr. Sam Foote just retired after spending 24 years with the VA system in Phoenix. The veteran doctor told CNN in an exclusive interview that the Phoenix VA works off two lists for patient appointments:

There’s an “official” list that’s shared with officials in Washington and shows the VA has been providing timely appointments, which Foote calls a sham list. And then there’s the real list that’s hidden from outsiders, where wait times can last more than a year.

“The scheme was deliberately put in place to avoid the VA’s own internal rules,” said Foote in Phoenix. “They developed the secret waiting list,” said Foote, a respected local physician.

Foote said the VA requires its hospitals to provide timely care to patients, usually within 14 – 30 days.

He said evidence was shredded in order to hide the long list of veterans waiting for care. VA officials also told staff not to schedule appointments in the computer system:

That hard copy, if you will, that has the patient demographic information is then taken and placed onto a secret electronic waiting list, and then the data that is on that paper is shredded.”

So the only record that you have ever been there requesting care was on that secret list. And they wouldn’t take you off that secret list until you had an appointment time that was less than 14 days so it would give the appearance that they were improving greatly the waiting times, when in fact they were not.”

Foote said the wait times that were reported to authorities in Washington were completely made up:

“So then when they did that, they would report to Washington, ‘Oh yeah. We’re makin’ our appointments within — within 10 days, within the 14-day frame,’ when in reality it had been six, nine, in some cases 21 months.”

CNN also reported that emails they obtained show that Phoenix VA Director Sharon Helman knew about the secret list and the actual wait times, and even defended its use to her staff.

Foote has sent letters to officials at the VA Office of the Inspector General to report the secret electronic waiting list and the large number of veterans who died waiting for care. He and other sources told CNN that the IG has interviewed them about the scheme.

U.S. House Veterans Affairs Committee in Washington chairman, Rep. Jeff Miller, has been investigating delays in care at veterans hospitals. Congress has now ordered all records in Phoenix be preserved for an upcoming investigation.

Here is the CNN report, which includes an interview with family members of Navy veteran Thomas Breen, who died of stage four bladder cancer while waiting on the secret list for an appointment:

Will these problems start to be seen outside of the VA system once Obamacare is in full swing? It’s hard to believe things like this are happening in America, and many fear that it is going to get much, much worse since the passing of the Affordable “Care” Act.