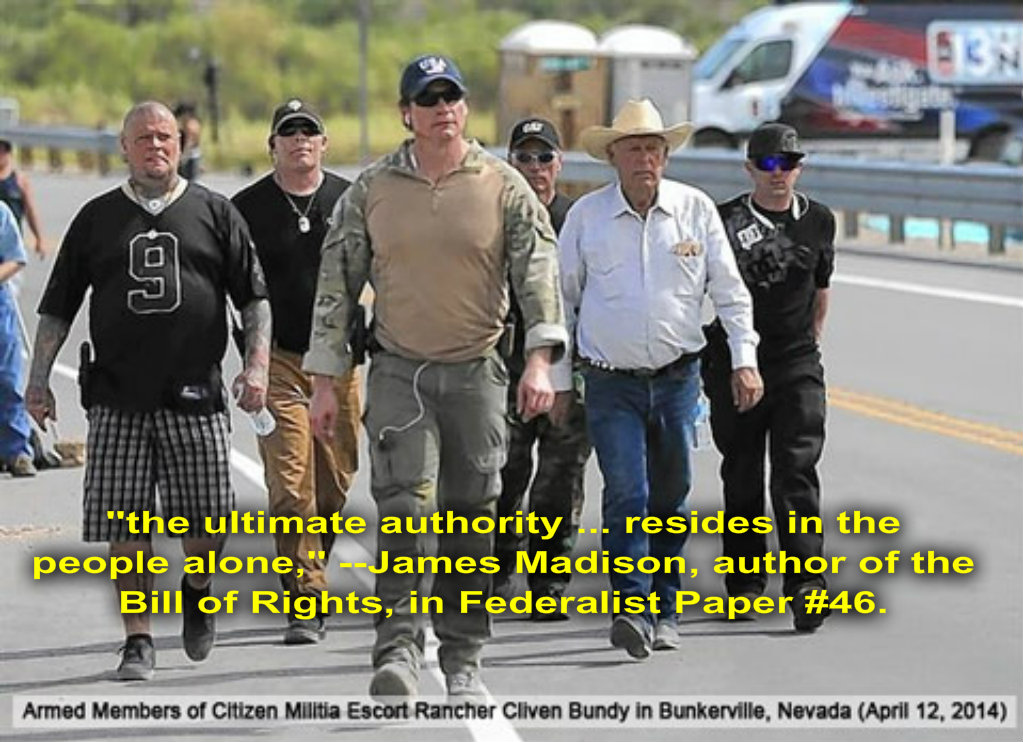 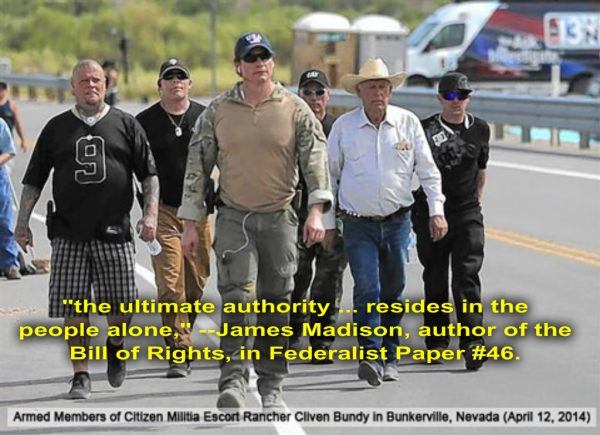 Earlier in the week I published a report about the potential of one or more feds that may have infiltrated the militia forces in Bunkerville. This article was read by a gentleman who was there and he sent me an email. Because of the nature of the situation, he wants to remain anonymous for now. I will tell you, however, that this source is extremely credible.

Before I go on, let’s revisit the video report from earlier in the week:

Keep in mind that these reports are opinion. The report from my source is no different. But the difference between these opinions and mine is that they are there and they have seen what is happening.

My source wanted me to get the word out so that I might be able to help. The last thing we need to do is raise the level of paranoia that is already present. So, if there are any others in Bunkerville who might read this I want to tell you that there is someone among you that is concerned. The concern is not over a government mole that may or may not be in your midst. The concern is that this mole has the chance to destroy what is happening in Bunkerville and potentially turn you against each other.

When I thought of a fed, or a few feds, who may have infiltrated the operations in Bunkerville, my first presumption was that they may be gathering info and gaining a foothold to make arrests.

Again, we don’t even know if the feds are on the inside but there certainly seem to be some people on the scene who believe that.

My source believes that this may be more of a “psy-op” than an attempt to overwhelm and overpower:

I just returned home today from Bunkerville.  It was a return trip for me as I was also present for the standoff in the riverbed on the 12th and in fact stood facing several swat members.  Your suggestion that there is a mole in the camps is right on and I think it is one of the personal militia that is protecting the Bundy house.  On several occasions while I was there, one of these men would come down and make the rounds at the various camps and sure enough, when they left tempers were flaring.  The Arizona militia camp blaming the Oathkeepers camp for doing or saying something and vice versa.Wouldn’t it be convenient if we all just killed each other and saved the feds the trouble?  We also had a federal presence in Mesquite, although they did try and lay a little lower than they had when we were there on the previous occasion.I believe the feds goal is to turn these groups against each other. With the number of people volunteering, the lack of sleep and hot, dusty conditions tempers are quick.  This is a powder keg for someone with the will and knowledge to turn these people against each other.… Just hoping you will continue to focus at least part of your attention on a situation that the feds may succeed in turning into a very ugly battle.  Hopefully if we keep a bit of a spotlight on the people there standing up, let them know we believe in what they’re doing,  we can keep tempers cool?

I redacted one paragraph from the email because it gave a little bit too much personal info. My source does not want to reveal who he is, yet, because he plans to return to Bunkerville.

I don’t want to go off on a tangent too much but it does make me think of the famous Sun Tzu quote from The Art of War, “Keep your friends close but your enemies closer.”

Any opinions I would give at this point are from a guy who sits in his easy chair some 1000+ miles from the action. I get some correspondence directly from the front lines but, for the most part, I am just like the rest of you and I read about these things. To my knowledge, The Bundys have not addressed this and it is probably best if they do not until proof is present and they have had a chance to deal with any issues internally.

So today I am hoping that we can just send a message that might make it to one person in Bunkerville. And maybe if it does that person can pass the word on to others in the camps.

We are very proud of you. You are in our thoughts and prayers. I don’t know the reality of any infiltrators who may, or may not, be in your midst. But if they are there then they want to see you fall apart. They want to see you divided and frustrated. Nothing would give them greater pleasure than to drive you away and have you not return.

You can not allow that to happen. This is bigger than Cliven Bundy. The press is trying to destroy his credibility by labeling him a racist. Lawmakers are now doing a 180 to try to “save face.” But the Patriots still stand with you because we know the truth about Cliven Bundy and we realize that this is not about Bundy alone. It is about America.

There comes a time in life when you have to trust people. You must trust in each other and trust in God to find a way to deliver you from the clutches of the enemy. If there are weak links that are working against the team then you can succeed in spite of them. A healthy dose of skepticism is warranted but if you let the unseen enemy live rent free in your head then they have already done what they have set out to do. You are stronger than that. The fact that you are there, while many of us set and watch gives testament to who you are.

You are more than talk.

You are “love of country.”

You are the III%.

My heart swells with American Pride and it’s hard to hold back the tears when I think of the Bunkerville Patriots. Honestly I can’t hold back the tears right now. All I want to say is that we love you and that we are very proud of you. There are tens of millions of people on your side and we will not forget that you made this stand for us.

There is nothing that can tear you apart unless you allow it.