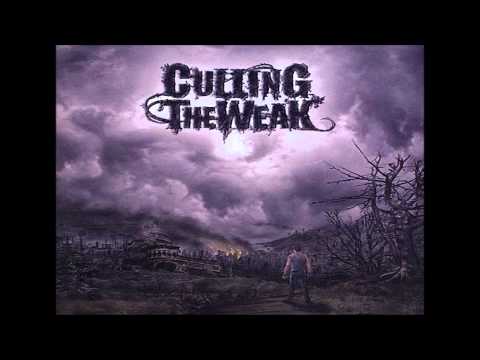 Do you remember when your mother asked you if you would jump off a cliff if everyone else was doing it? It turns out that all of us would have been wise to heed the advice from our mothers as the globalists aren’t just encouraging us to jump off a cliff, they are, in fact, pushing us off of the proverbial cliff in a deliberate attempt to fulfill the their mandate which is to eliminate a substantial portion of humanity. Meanwhile, the globalists will be safely tucked away in some underground structure free from the harm that they are perpetrating upon humanity. Sadly, many of our friends and family members are willingly going to their demise without so much as a whimper.

Heretofore, the topic of intentional depopulation was the perceived product of paranoid delusional conspiracy theorists who had too much time on their hands. The most frequent refrain from the unaware is that “they” would never do that. However, the globalists have left an unmistakable paper trail in which their true agenda is exposed.

Indeed, all of mankind does face a common foe. However, it is not aliens. Our common foe are the elite that presume that they have  the God-given right to exert ownership over all of us including the right to life or death. And for 95% of us, the elite are actively engaged in systematic extermination of mankind.

If we were to borrow from Reagan’s wisdom, we have the potential to unite humanity against our common foe. For those who are awake, it is your duty to your creator and to fellow man to relentlessly educate humanity as to the true nature of the elite along with exposing their final solution.

Along these lines, I have collected a sample of well-known quotes from the global elite, both past and present. And even people who cannot find the courage to abandon their normalcy bias, will have a difficult time denying the disturbing quotes which follow…

Officials in the United Nations
Want You Dead

Surely, the peace loving United Nations, complete with its expressed desire to save the world from any and all evil would stand in line to thwart any expressed threat to inhabitants of this planet, right? Well, not exactly. The United Nations is permeated with individuals who are Satanically inspired and have repeatedly, on many fronts, expressed their intent to reduce the world’s population by dramatic means, if necessary. Please consider the following quotes:

The present vast overpopulation, now far beyond the world carrying capacity, cannot be answered by future reductions in the birth rate due to contraception, sterilization and abortion, but must be met in the present by the reduction of numbers presently existing. This must be done by whatever means necessary.”

“One America burdens the earth much more than twenty Bangladeshes. This is a terrible thing to say in order to stabilize world population, we must eliminate 350,000 people per day. It is a horrible thing to say, but it’s just as bad not to say it.”

Is anyone else bothered by the fact that this pack of Eugenicists are overseeing our elections? Perhaps the officials at the United Nations stand alone among elite leaders on the planet.

What About Our Educated Elite?

Although it is painfully obvious that the United Nations elite have a high level of contempt for the average person, surely those people responsible for educating our children will teach the time honored virtues of the United States Constitution. Surely, they will teach their students to develop a healthy respect for American sovereignty so that the genocidal lunatics running the United Nations are unable to put their genocidal schemes into motion. Upon further review, this is not the case as I bring to you the words of those who educate and mold the minds of our young people.

War and famine would not do. Instead, disease offered the most efficient and fastest way to kill the billions that must soon die if the population crisis is to be solved. AIDS is not an efficient killer because it is too slow. My favorite candidate for eliminating 90 percent of the world’s population is airborne Ebola (Ebola Reston), because it is both highly lethal and it kills in days, instead of years. “We’ve got airborne diseases with 90 percent mortality in humans. Killing humans. Think about that. “You know, the bird flu’s good, too. For everyone who survives, he will have to bury nine”

Dr. Eric Pianka University of Texas speaking on the topic of reducing the world’s population to an audience on population control.

“We have to take away from humans in the long run their reproductive autonomy as the only way to guarantee the advancement of mankind.”

Francis Crick, The discoverer of the double-helix structure of DNA

It strongly appears that the Eugenicists patrolling corridors of educational institutions possess the same disdain for mankind as do the lunatic officials from the United Nations.

What About the Environmental Elites?

It is apparent that humanity cannot look to the sociopathic leaders of the United Nations and America’s top academic leaders for salvation. But certainly the eco-friendly environmentalists, with their penchant for saving the whales and the spotted owl will ride to the rescue of mankind. Regrettably, this is also not the case. It seems that the humanitarian spirit of the environmentalists does not apply to any species which possess a collapsible thumb, the power of speech and has a well-developed cerebral cortex. Again, the words of the elite exposes their depopulation agenda.

“If I were reincarnated I would wish to be returned to earth as a killer virus to lower human population levels.”

Malthus has been vindicated; reality is finally catching up with Malthus. The Third World is overpopulated, it’s an economic mess, and there’s no way they could get out of it with this fast-growing population. Our philosophy is: back to the village.”

What About Our Government Leaders?

Historically, many Americans believe that they can look to the government to protect them from the evils of the world. It is clear that our blind trust in our public officials misplaced. Our leaders are not our friends, and have not been for a very long time as evidenced by the following quotes:

“Society has no business to permit degenerates to reproduce their kind”

“There is a single theme behind all our work–we must reduce population levels. Either governments do it our way, through nice clean methods, or they will get the kinds of mess that we have in El Salvador, or in Iran or in Beirut. Population is a political problem. Once population is out of control, it requires authoritarian government, even fascism, to reduce it….” “Our program in El Salvador didn’t work. The infrastructure was not there to support it. There were just too goddamned many people…. To really reduce population, quickly, you have to pull all the males into the fighting and you have to kill significant numbers of fertile age females….” The quickest way to reduce population is through famine, like in Africa, or through disease like the Black Death….

“Depopulation should be the highest priority of foreign policy towards the third world, because the US economy will require large and increasing amounts of minerals from abroad, especially from less developed countries.”

“The world’s population needs to be reduced by 50%,” and “The elderly are useless eaters”

“The principle that sustains compulsory vaccination is broad enough to cover cutting the Fallopian tubes.”

“Frankly I had thought that at the time Roe was decided, there was concern about population growth and particularly growth in populations that we don’t want to have too many of.”

“The Planetary Regime might be given responsibility for determining the optimum population for the world and for each region and for arbitrating various countries’ shares within their regional limits. Control of population size might remain the responsibility of each government, but the Regime would have some power to enforce the agreed limits.”

One percent of the population is sociopathic. Here are two clear markers for Sociopaths, discoverable in their behavior patterns: 1) Sociopaths have no conscience. Hence, 2) Sociopaths cannot feel guilt nor remorse, like ordinary people can.

These are evil people, very evil people. Superficially charming, they are selfish, greedy, unemphathetic, manipulative, and prone to violence and abuse. They steal, cheat, vandalize others property, swindle, and they are pathological liars. They are unconcerned with the feelings of other humans, who are mere objects to be used, and have little or no conscience

A recent book, authored by Martha Stout, in which the material came from released government documents CEO’s are three times more likely to be a sociopath than the general population. Politicians are four times more likely to be sociopathic than you and I. These are the people who seek power and once they obtain that power, the seek absolute power, much to detriment of the soon-to-be extinct members of human race.

What Is Humanity To Do?

If humanity is to preserve itself in its present form, it will be necessary to educate the masses as to the planned perils which lie ahead. The pro-human preservation movement needs bodies, billions and billions of bodies. Yet, the very victims of the coming planned genocide are dumbed down by various federal education programs and propagandized into a false sense of security by the mainstream media which is owned by six global elite corporations who also want you gone.

Judge a Man by What He Does, Not What He Says

As you attempt to educate your fellow man, you will, no doubt, be asked the question as to how the elite are attempting to accomplish their depopulation agenda. The true weapons of mass destruction include some of the following:

2. Chemtrails laced with barium and aluminum.

4. Hospitals are replete with virulent and deadly staff infections.

7. The hording of water.

9. The specter of World War III, complete with nuclear weapons, breaking out in Ukraine.

10. Democide (death by government) killed 260 million people in the 20th century and many feel that the globalists are just getting armed up.

11. The anesthetization of America through deliberately dumbing down of the citizens.

12. The United States, alone, has enough chemical, biological and nuclear weapons to destroy the world 100 times over.

Don’t write to me and ask me what I am going to do. It is time for the “awake” to get to work. What are you going to do?

RIOTS: Ilhan Omar and Her Daughter Encourage Chaos and Mayhem in the Minnesota Streets
May 28th, 2020 Big League Politics

Man Making 135k Dumps His Feminist Girlfriend Who Makes More Because She Said She Was Dating Down
May 30th, 2020 Brass Pills

There Is Evidence That Does NOT Support Criminal Charge of Cop In Floyd’s Death, Says County Prosecutor
May 29th, 2020 Flag And Cross

Organized assault on civil order spreads across U.S. cities purporting to be about ‘justice’ for George Floyd
May 30th, 2020 Liberty Unyielding