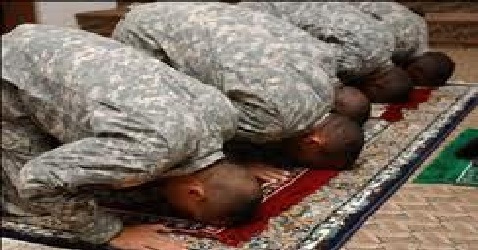 There is no doubt in anyone’s mind that the Muslim Brotherhood is an organization bent on propagating the spread of Islam throughout the world by whatever means necessary. Recently leaked documents which were captured by American agents have revealed their motives and plans.  It is alarming to find out how well organized they are and how meticulously they are moving forward with their plan.  Indeed, it is disturbing to find out how much their agenda seems to coincide with the general agenda of the Left in America. The title of the captured document which is referred to in this article is “An Explanatory Memorandum On the General Strategic Goal for the Group [The Islamic Brotherhood] In North America” and is dated 5/22/1991.

As the date of the document shows, the Muslim Brotherhood has been openly operating in the United States for decades.  This is nothing new.  However, the new evidence shows that their underground operations have been successful in furthering their goals for the Islamification of America.  According to the document Americans are also financially supporting this effort, albeit unwittingly.

Understanding the enemy is the first step toward defeating them.  In order to understand what the Islamic Brotherhood has for their ultimate goal, one merely has to read the following paragraph:

“The general strategic goal of the Group in America which was approved by the Shura Council and the Organizational Conference for the year [I987] is “Enablement of Islam in North America, meaning: establishing an effective and a stable Islamic Movement led by the Muslim Brotherhood which adopts Muslims’ causes domestically and globally, and which works to expand the observant Muslim base, aims at unifying and directing Muslims’ efforts, presents Islam as a civilization alternative, and supports the global Islamic State wherever it is”. (emphasis mine)

In other words, it is their intention to propagate Islam in America and present it as a “civilization alternative” which means, change America from a Democratic Republic into an Islamic Theocracy adopting Islam as the State Religion and all that it entails.

An argument could be made that the purpose of that statement is merely to propagate the practice of Islam in the United States and work to maintain and grow a Muslim following, just as any other religion aims to do.  On the surface that seems to be the goal until one finds the following paragraph which clearly demonstrates their true intent with regard to presenting Islam as a civilization alternative:

Three: The Concept of Settlement:

This term was mentioned in the Group’s “dictionary” and documents with various meanings in spite of the fact that everyone meant one thing with it. We believe that the understanding of the essence is the same and we will attempt here to give the word and its “meanings” a practical explanation with a practical Movement tone, and not a philosophical linguistic explanation, while stressing that this explanation of ours is not complete until our explanation of “the process” of settlement itself is understood which is mentioned in the following paragraph. We briefly say the following:

Settlement: “That Islam and its Movement become a part of the homeland it lives in“. (emphasis mine)

Establishment: “That Islam turns into firmly-rooted organizations on whose bases civilization, structure and testimony are built“. (emphasis mine)

Stability: “That Islam is stable in the land on which its people move”.

Enablement: “That Islam is enabled within the souls, minds and the lives of the people of the country in which it moves“. (emphasis mine)

Rooting: “That Islam is resident and not a passing thing, or rooted “entrenched” in the soil of the spot where it moves and not a strange plant to it”.

These statements make it more than sufficiently clear that the Islamification of America is their intended goal and nothing less will suffice.  The next question then becomes: how will they accomplish this task as the largest portion of Americans (approximately 74% as of 2011) are Christian?  Looking further into the document we find their method of operation.

4- Understanding the role of the Muslim Brother in North America:

The process of settlement is a “Civilization-Jihadist Process” WITH ALL THE WORD MEANS.  The Ikhwan must understand that their work in America is a kind of grand Jihad in eliminating and destroying the Western civilization from within and “sabotaging” its miserable house by their hands and the hands of the believers so that it is eliminated and God’s religion is made victorious over all other religions. Without this level of understanding, we are not up to this challenge and have not prepared ourselves for Jihad yet. It is a Muslim’s destiny to perform Jihad and work wherever he is and wherever he lands until the final hour comes, and there is no escape from that destiny except for those who chose to slack. But, would the slackers and the Mujahedeen be equal. (all emphasis mine)

There can be no doubt in the mind of even the most skeptical the intention of this paragraph.  It makes clear that jihad (holy war) is the preferred and final method by which the Muslim Brotherhood intends to bring down the United States and present Islam as the only viable alternative for those who remain after the dust has settled.

Perhaps more importantly, though, is the fact that they intend to bring down the United States from within.  Plant saboteurs in high ranking places to bring about division and foment rebellion.  Of course, that cannot happen in America, right?  We are a nation of tolerance and peace.  We aren’t currently bitterly divided over things like race, gun control, economic disparity or any other serious issues such as these.  And there is a bridge for sale connecting America with Europe, too.

Like it or not, America is a country whose culture is loosely based upon the tenets of Christianity.  Though it has matured over the years, homage to the origination of the country’s culture must be given and respect given to its success.  However, though most of the Christian faith would have it otherwise, we have a Constitutional mandate that our government respect NO religion and that mandate has formed a cultural mindset of religious tolerance over the past couple hundred years.

Most Americans alive today have lived their entire lives with the understanding that we respect each other’s faith, even when we don’t share those other beliefs.  This concept is ingrained into our very moral make up.  We stand firm on this principle.  We defend this idea with our very lives.  The only thing more important to Americans than this idea is our various faiths.  That very principle engrained into every fiber of our culture is now under attack.  Indeed, has been for decades.

It is, without a doubt, and by their own words, the intention of the Muslim Brotherhood in America to bring about the complete destruction of the United States of America and to replace it with the Islamic Theocracy of America.  They intend to use every means at their disposal, including violence and terror tactics, to make this happen.  They have placed saboteurs at the highest levels of our governmental system to aid them in this process.

To make matters even more dire for the average American citizen is that our tax dollars are being used to fund this jihadist movement.  Very frequently we are being told through various headlines of the enormous amounts of money the government is giving away, with no strings attached, to the Muslim Brotherhood or one of the organizations they control.  Yet Americans, knowing this will bring about their downfall, do nothing to stop it.  Their apathy is surpassed only by their unwillingness to even take a glimpse at the truth.

When the time comes that America has succumbed to the patient and deliberate undermining of its principles, the slow and incessant chipping away of its foundations, her citizenry will look up from their television sets and say, “Wow, we didn’t see that coming.  Oh well, nothing we can do about it now.” Then they will return to watching American Idol, until it becomes illegal to watch such programs.

Robert is a Libertarian and Desert Storm Veteran who proudly served in the United States Navy.  A friend of the People, Robert endeavors to educate and raise awareness about the important issues the United States is facing.  He is also the narrator of the infrequently produced Libertarian Express Radio Network (LERN) which can be found on YouTube and Facebook.