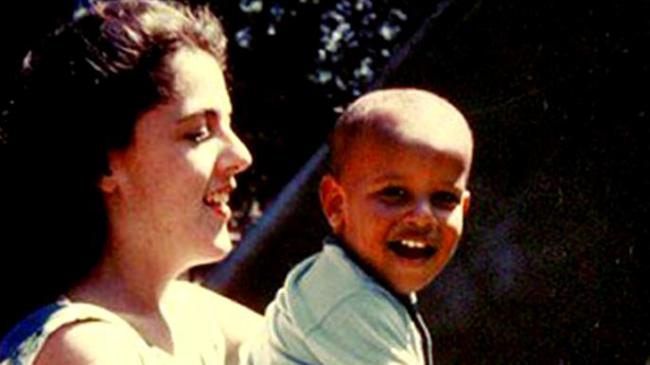 Most of us have heard the conspiracy theories about Barack Obama, Sr. not being our president’s real father. We have heard names like Frank Marshall Davis, Malcolm X and Mohammed Subud.

A former Hawaii state official, Tim Adams, is on record in a sworn affidavit stating that no “long form” birth certificate exists.

This alleged cover up was again in the limelight a short time ago when a small passenger plane crash took the life of Loretta Fuddy. Since that time we have found that Fuddy was also involved in the Subud Cult that Ann Dunham was involved with. When you combine that with the fact that it was Fuddy who finally delivered the “Certificate of Live Birth” to The White House, the theories are readily abundant.

In the end, many of us don’t know what to think but we are fairly certain that we have not been told the truth.

Michael Shrimpton was recently a guest on Mark Gillar’s Tea Party Power Hour, and just added to the birther buzz when he revealed that Ann Dunham is not Barack Obama’s biological mother. I will post the audio below but I can sum up the entire premise of the argument in a couple of sentences. Shrimpton says that the CIA is in possession of a photograph that proves that Dunham could not be Obama’s birth mother. Why? Because a photo was taken of her at the beach just one month before Barack Obama’s birth and she was not pregnant at the time. The audio below touches upon other issues as well, like the Barack Obama book biography that mentioned his Kenyan birth:

This is not the first accusation of Stanley Ann Dunham being a fake. In June of 2013 John Gaultier posted a photo that could prove that her social security number is fraudulent. Basically the application was submitted in 1959 on a form that was revised in 1965. 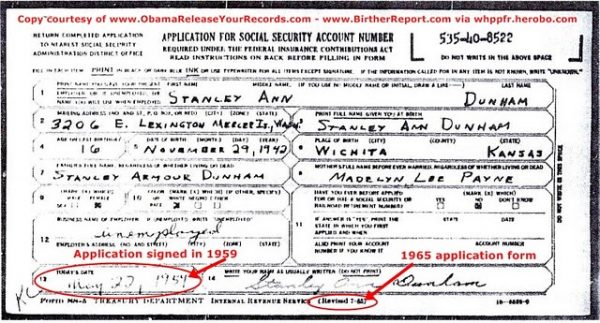 You can read that entire report here.

Keep this in mind… The internet is full of photoshopped graphics that are truth one day and fraud the next. The world is full of people who create stories in their heads and share them far and wide. We have lots of those types in Washington D.C., but a lot of these conspiracy theories end up being the same. People will gladly create a lie to gain their 15 minutes of fame. I have learned (the hard way) that you can not put too much faith into any of these accounts or graphics. Sometimes we want them to be true, whether we acknowledge it or not, and we sell out to even more lies. In order to keep an open mind it must be accessible by both sides of any story.

I try not to get too wrapped up in the Obama birth conspiracy because I, like many Americans, feel like my best chance at the truth is waiting for Sheriff Joe and the Cold Case Posse to release their findings. They are the professionals.

For those of you who are unaware, there was supposed to be an announcement last month and more time is needed. No one knows why but we have been told that more information has been uncovered. Word has it that the birth certificate information is ready to go but that more “criminal” information has been uncovered. It’s a bit hyped up in the accounts I have heard and read. It is supposed to be “earth shattering” or something. I can’t remember what term they used.

In the end it is very possible that it won’t matter what they have found because it likely won’t lead anywhere. They could find that Barack Obama was a KGB plant, armed with absolute proof, and most of America either would not care or not believe it.

Face it. We are a brainwashed nation.

We will believe what we are told to believe by the establishment media.

With that said, I find these twists and turns fascinating and I want the truth.

I have to wonder if this is part of what the Cold Case Posse is going to reveal to us in the, hopefully, near future.

Is Stanley Ann Dunham the biological mother of Barack Obama?