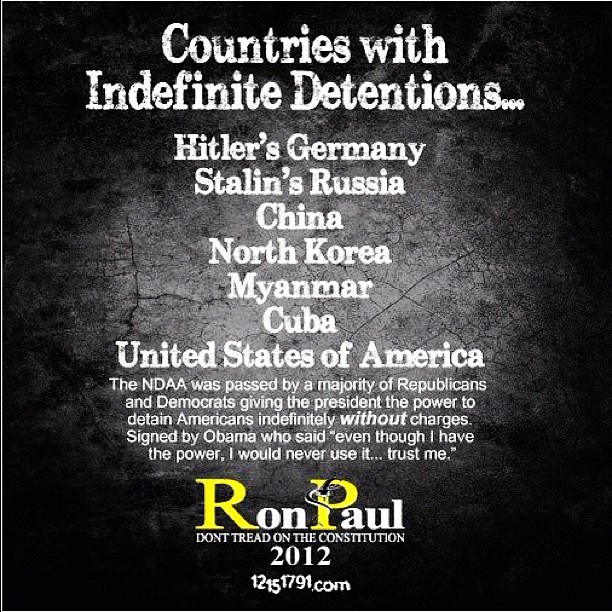 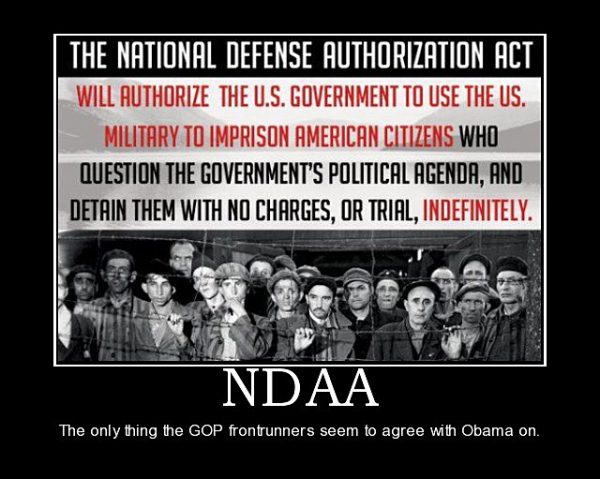 The National Defense Authorization Act (NDAA), Sections 1021 and 1022, authorizes the indefinite military detention, without charge or trial, of any person, including an American citizen, and applies the “Law of War,” to U.S. soil, making the United States legally a battlefield.

People Against the NDAA (PANDA) was founded by Dan Johnson in January 2012. Johnson is a remarkable young man – he’s only 20 years old, and is already a nationally known writer and speaker. PANDA is the largest organization of its kind in the world, and has worked on over 18 pieces of state and local anti-NDAA legislation.

Our Mission is to nonviolently block, strike down, repeal, stop, void and fight the indefinite detention provisions, Sections 1021 and 1022, of the National Defense Authorization Act for the Fiscal Year of 2012, to fight for American civil liberties, to combat laws restricting liberty in the interest of National Security, to support current government officials that are doing so and to engage a younger generation in the politics of the United States so this cannot happen again.

Johnson spoke at the Freedom Forum in Santa Cruz, CA on March 19, 2014, where he broke down the law and discussed its impacts on citizens: