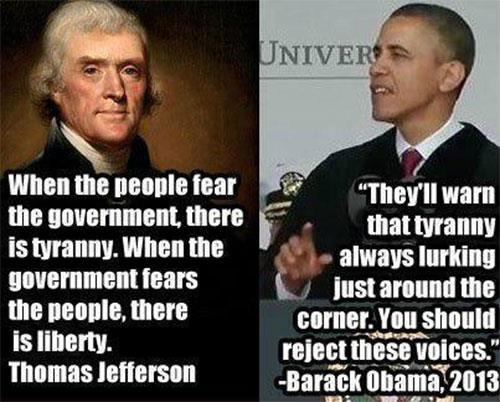 The Obama administration has a new partner in crime and it is the American Psychiatric Association (APA).  The APA created the new Diagnostic and Statistical Manual (5th Edition) which was recently adopted. DSM 5 is highly controversial and has sparked outrage from the mental health practitioners. As many of these practitioners point out, the new DSM-V makes a pathology out of simple and normal behaviors such as grieving for the loss of a loved one.

This constitutes a new subjective approach in diagnosing of mental illness that it promises  to end free speech and any form of political dissent. The federal government has already declared anyone who oppose its unconstitutional policies as having “political paranoia,” which is now diagnosed as a type of mental illness.

Particularly disturbing is that the new manual targets internet users and conspiracy theorists. If someone is judged, by some vague set of criteria, to spend too much time on the internet, they could be judged to be mentally ill and ineligible to own a gun. How are you receiving this information? The chances are that you are, at least according to Obama and Biden, giving in to your internet addiction and reading this article. Under the new Obama guidelines this would be grounds for gun confiscation. The alternative media is predicated on internet readership and listenership. These groups would be among the first groups to oppose a martial law crackdown, and now they are the first to be targeted.

Subsequently, this is just another backdoor method to disarm citizens who would oppose the abject tyranny being imposed upon America. And these facts sum up what is truly behind the Obama administration’s latest attack upon gun ownership because they want to prey upon a defenseless nation by disarming as many of us as possible before the purges can begin in earnest.

Under Obama’s new proposed gun regulations, anyone who has a diagnosable, or is potentially diagnosable (i.e. pre-crime) for being mentally ill, can have their gun confiscated. Vice President Biden even feels that they can violate HIPPA privacy regulations in requiring the states to report who has been treated for a mental illness. Therefore, in the name of confiscating your gun, this administration thinks it is acceptable to violate federal privacy laws.

That is interesting to me is that the Obama administration is not even trying to distinguish between mental illnesses in terms of who should, or should not own a gun. In the eyes of the Obama administration, all mental illnesses are created equal. A person with a phobia is just as dangerous as a sociopath. One in six Americans have a “diagnosable anxiety disorder”. This is completely understandable given the economic and political times that we live in. However, under the new proposed guidelines, all of these people would be ineligible to have a gun in their possession even though there is not a shred of research which indicates this population would be inclined towards gun violence any more than any other population.

I once predicted that any form of political protest would be demonized and used as the basis for the administration of assignment a mentally ill label upon anyone who disagrees with the government.

This is the new  Soviet style political schizophrenia. We will see confinements among the alternative media and the veterans for things like ADHD, grieving, normal anxiety, bad eating habits, etc. All of these behaviors and more have been categorized as pathologies under the Obama administration and a supportive American Psychiatric Association.

Oppositional Defiant Disorder Is the Newest Weapon Against Political Dissent

When I went through my clinical training, the Bible of mental illness, The Statistical and Diagnostic Manual (DSM-4r) defined Oppositional Defiant Disorder (ODD) as a highly controversial mentally illness used to describe children and teens as mentally ill they exhibited disobedience and defiance. When I was first nationally credentialed, most practitioners did not take this diagnosis seriously and we mistakenly believed that it would fade away. We uniformly believed this to be true because defiance and oppositional behaviors are hallmark traits of healthy rebellion exhibited by children and teens as they seek independence. Rather than ODD fading away, the diagnosis has become the tool of the ruling elite.

The new DSM (5) has expanded the definition of ODD to include adults who exemplify “paranoid ideation” about the government and frequently express these delusional ideations on the internet.

In its analysis of the political abuse of psychiatry in both the Soviet Union and China, The Journal of the American Academy of Psychiatry and the Law. stated that “Psychiatric incarceration of mentally healthy people is uniformly understood to be a particularly pernicious form of repression, because it uses the powerful modalities of medicine as tools of punishment, and it compounds a deep affront to human rights with deception and fraud…”

The Obama people are trying to take this country down a very slippery slope. They are seeking to disarm as many Americans as possible with all available means such what has been described in this article.

The historical precedent, and subsequent danger of seizing guns under such a false pretense, has been well-established. Therefore, I will not belabor a well-established point, that all 19 genocides in the 20th century were preceded by gun confiscation. Why should we consider Obama’s recent actions to be any less threatening or deadly?

What is even more frightening, is the new ODD diagnosis will not just seize guns. It will commandeer a person’s mind through incarceration, for their own good of course, and forced drugging which will chemically castrate the brains of all arrested political dissidents.

We already know that Obamacare forces doctors to ask the gun ownership status of their patients. It is not a leap of logic that anyone owning a gun will soon be diagnosed with yet another manufactured mental illness tied to gun ownership.

I would like to hear from psychiatrists. Are you going to support this tyranny? Or, are you going to be an Oathkeeper to your profession and “do no harm” to your patients? Or, will you capitulate and goose-step your way through the new political prisons in America and do your part to suppress liberty?