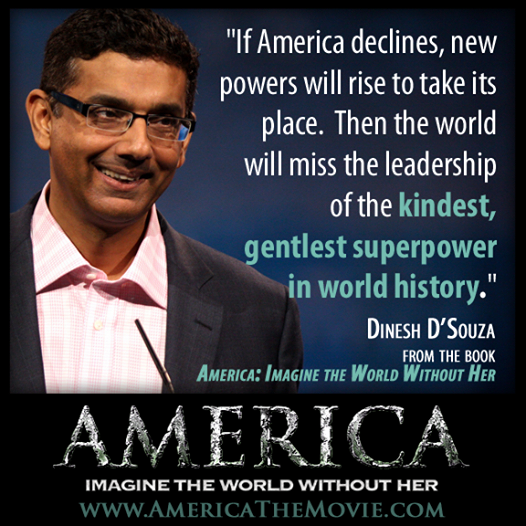 Fox News’ Megyn Kelly was given the extreme privilege of premiering the trailer for the newest project by Dinesh D’Souza on Monday. “America” is set to hit theaters on July 4th and promises to be a worthy follow up to D’Souza’s “2016: Obama’s America.”

The movie promises to, once and for all, take on and dispel the claims of America’s critics. As reported by the official blog at www.Americathemovie.com:

Having made the second-highest-grossing political movie of all time, writes Dominic Patten at Deadline Hollywood, “the team behind 2016: Obama’s America is now, as promised, following up with America.“

By that, he means D’Souza’s new Hollywood blockbuster, America the Movie – D’Souza’s newest jab in the face of the liberal establishment.

“Sending up some fireworks of his own to rival the ones 2016 generated,” continues Patten, producer-writer and “kind-of host” D’Souza says of his new film:

“We answer the central moral challenge of America’s critics, which is that America’s greatness is based on theft, plunder and oppression.”

Without further ado, here is the new trailer for Dinesh D’Souza’s “America”: