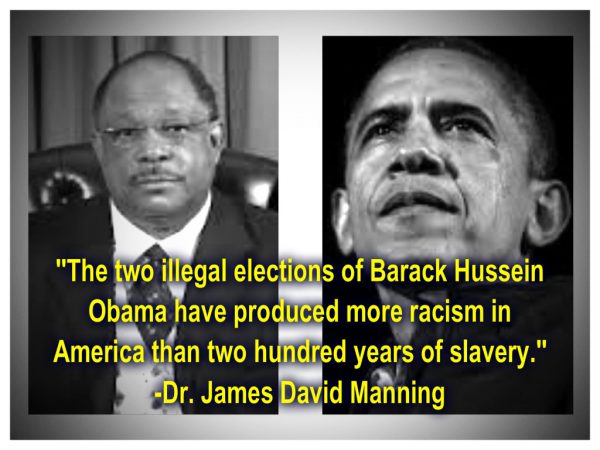 During the 2008 presidential campaign, the media heaped praises on Barack Obama, hailing him as the first “post-racial president” who would heal America from its legacy of racism.

But America is more racist than ever before, despite the “post-racial” Obama having been elected twice as president. Far from being healed from the legacy of racism, America under Obama seems to be a country where racists are cropping up here, there, and everywhere.

Just 7 months into Obama’s first term as president on July 16, 2009, America had its first allegedly racist brouhaha when Harvard professor Henry Louis Gates claimed it was racism that led to his arrest by Cambridge police officer Sgt. James Crowley, for breaking into his own home. Gates had returned from a China trip to find his front door jammed. Seeing Gates trying to force the door open, a passerby had called police to report a break-in.

In 2012, America was in an even bigger uproar over alleged racist, the half-Hispanic George Zimmerman’s shooting of black teen Trayvon Martin.

In June 2013, America was in an uproar again over “celebrity” chef Paula Deen’s allegedly racist remarks (using the “N” word). A judge dismissed a lawsuit brought against Deen by an employee for racial and sexual discrimination. For having occasionally uttered IN PRIVATE the N-word, Deen lost all her cookery programs, publishing deals and endorsement contracts.

The next month, America hurtled into yet another uproar when Zimmerman was tried, and acquitted, for the shooting death of Martin.

We are only four months into 2014, and already we have the Cliven Bundy and Donald Sterling incidents. You can’t turn on the radio or TV without being subjected to wall-to-wall media coverage of the alleged racists.

Racism of a specific variety — racism AGAINST BLACKS — is now the most heinous, despicable and unforgivable sin (even though the racial pimps and the liberal media don’t actually subscribe to the concept of sin). A racist AGAINST BLACKS is more horrible than pedophiles, serial killers, and mass murderers.

Rev. and Dr. James David Manning has an interesting take on recent racial scandals. Here’s a transcription of the first part of his video:

“All this racial hullabaloo, going back to Paula Deen, and with Cliven Bundy, now with Donald Sterling, and all those black basketball players and mad people all over the world — it’s a set up.

By that I mean God is showing … that the racial problems in America have exacerbated under Obama. God is using this to demonstrate that those who voted for Obama because of race have gotten more racial strife and problem. Living by the sword, you die by the sword.

The two illegal elections of Barack Hussein Obama have produced more racism in America than two hundred years of slavery….

I am convinced without a doubt that God [Jesus] is allowing these things to be to show how ineffective Obama and the race pimps are, that they know not what they are doing and that they have no power….