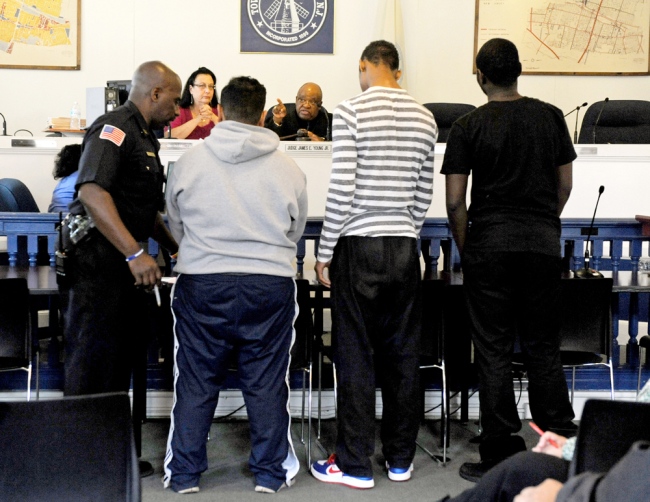 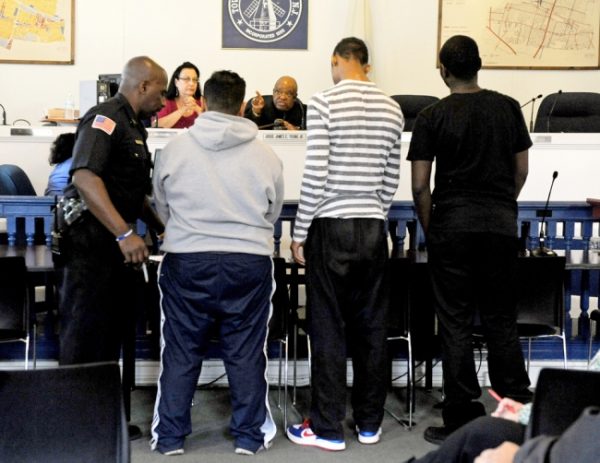 In another display of outrageous behavior, 62 seniors were arrested in New Jersey for demolishing their high school. The senior students at Teaneck high school decided to pull an elaborate “prank” and completely trash their school. What they did to the school defies all logic and respect for property. It is criminal and they should be prosecuted to the fullest extent of the law. This is just one more instance of lawless behavior among young people in American culture. It’s out of control mob behavior that seems to be an ever present fixture in a society gone mad.

The scene was horrific. Some 62 students were arrested in New Jersey for breaking into their high school and demolishing the place. The incident happened late Wednesday night, when the group broke into the school. What they did crosses every line in the book. The New York Daily News reports:

More than 60 Teaneck students were arrested after police caught them wrecking their high school as part of a massive senior class prank.

The teens allegedly broke into Teaneck High School and totally trashed the place. They flipped desks, peed in the hallways, slicked doorknobs with grease and left balloons throughout the building, police said.

Flipping desks, urinating in the hallways, and slicking doorknobs with grease isn’t funny at all. It’s repulsive. How the group broke into the school and why they did it to begin with begs a question. But officers responded to the school alarm. Thus, the 62 delinquents were arrested in New Jersey at their high school and taken into custody.

It was also reported that they “scrawled graffiti and used Vaseline on the doors.”

The students entered the school in the middle of the night and broke chairs and desks, scrawled graffiti and Vaseline on the doors and urinated, Acting Police Chief Robert Carney said at a press conference this morning.

The students entered the school in the middle of the night and broke chairs and desks, scrawled graffiti and Vaseline on the doors and urinated, Acting Police Chief Robert Carney said at a press conference Thursday morning.

Police responded to a burglary alarm at Teaneck High School shortly before 2:30 a.m. When they arrived, several students tried to run away but officers found dozens of teens still there, some hiding, and significant damage throughout the school, according to Teaneck Police Sgt. John Garland.

“I’ve been a police officer 19 years, and this is the craziest thing I’ve ever seen,” Garland said.

Several of the students allegedly told police that it was all part of a senior class prank, he said.

“They’re learning the hard way that it’s not too funny,” Garland said.

Nothing about this is funny. Destroying property is never something to laugh about. Worse, to urinate in the hallways like a bunch of animals defies comprehension. Many of these kids are about to graduate high school. Is there any wonder why American society is out of control? The kids were arrested in New Jersey for their crime, but it’s another scene of mass chaos. This is a national epidemic.

About 10 law enforcement agencies responded to the scene. Officers had to make several trips to transport the students to the precinct, because there were so many kids taken into custody.

Sixty-two students were arrested. Thirty-eight of them are juveniles and were released to their parents, police said. The other 24 are 18. All face burglary and criminal mischief charges.

“They’re all in some pretty serious trouble,” Garland said.

“You can imagine how disappointed I am,” he said.

Will these students getting arrested in New Jersey have an impact on their future behavior? It’s impossible to say. Seeing as how most of them will be charged with criminal mischief, it’s unlikely that this will have any major impact on their future behavior. In today’s society, with rabid violence in a mob like mentality, it is doubtful that the students arrested in New Jersey for their act of obscene vandalism will do an about face. This is just one more instance where out right criminal behavior is called a “prank.” Even though this went on late Wednesday night, classes were still held Thursday morning; just another day in American high schools.