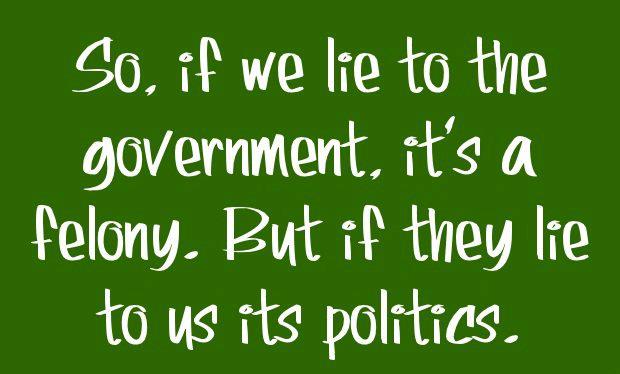 If you are a parent with a child at university or who will be attending university, you may not realize that you will be paying tuition to an institution that is being encouraged to disregard your child’s Fifth and Sixth Constitutional Amendment protections in the case of an accusation of sexual assault. The White House is pushing institutions of higher learning to adopt their own ways of enforcing and punishing those accused of the violent crime of sexual assault that could “threaten the civil liberties of students accused of sexual assault.” The White House report entitled “Not Alone” was released in April 2014 and outlines the implementation strategy for educational institutions to combat the “epidemic” on college campuses.

The report, authored by the White House Task Force to Protect Students from Sexual Assault, “leads with a bizarre and wholly false claim that 1 in 5 women is sexually assaulted while at college.” This statistic, released by the Centers for Disease Control (CDC) in 2011, is in stark contrast with other data that relates to violent crime, including the gold standard US Department of Justice National Crime Victimization Survey, and has been debunked by criminologists. Given that many sexual assaults and rapes go unreported, the numbers put forth by the report would mean that 1.3 million women have been raped and another 12 million men and women have been victims of sexual assault.

According to the video by Christine Hoff Summers of the American Enterprise Institute, these numbers come from a skewed survey conducted by the CDC.

According to the Daily Caller, violent crime has been on the decline for the last 20 years. “If the CDC’s estimates were true, U.S. college campuses would be astronomically less safe than the most dangerous, crime-ridden areas of major cities.”

So, what do these statistics and this new report mean for students attending or soon to be attending college? In an article for “Minding the Campus,” author KC Johnson contends that the administration is conducting a war on due process “at the expense of males accused of rape or sexual assault.” While the article is long, it outlines four areas of due process concern based on the language contained in the report released by the White House task force.

In a nutshell, the proposed language of the report’s recommendations to universities and college administrators basically removes tenets of Fifth Amendment protections of due process and the Sixth Amendment protection to a speedy trial and to confront witnesses. More alarming is the praise this administration’s report doles out on institutions who have already adopted the use of this model. Yes, there are universities in the US that have dispensed with due process Constitutional protections regarding individuals accused of rape or sexual assault.

Greg Lucianoff, president of the Foundation for Individual Rights in Education (FIRE), responded to this report on sexual assault and rape by the White House task force. In his statement to the Daily Caller, Lucianoff wrote, “Due process is more than a system for protecting the rights of the accused; it’s a set of procedures intended to ensure that findings of guilt or innocence are accurate, fair, and reliable. … By lowering the bar for finding guilt, expanding the definition of harassment beyond recognition, eliminating precious due process protections, and entrusting unqualified campus employees to safeguard the vitally important interests of all involved, we are creating a system that is impossible for colleges to fairly administrate, and one that will be even less fair, reliable, and accurate than before.”

The report specifically instructs universities to abridge students’ due process by denying them the right to confront their accusers.

“The parties should not be allowed to personally cross-examine each other,” said the report.

Of course, the task force seems keen to eliminate the meager protections for falsely accused students altogether. One of its more dangerous proposals would empower universities to choose a single administrator to investigate the case, adjudicate it, and choose a suitable punishment. There would be no trial and no recognition of due process rights at all.

This is the first formal report issued by the task force; however, the administration has already launched a website, notalone.gov, to function as a resource for victims of sexual assault, and not surprisingly, created a public service announcement to air in theaters beginning in May that features some leading Hollywood male actors.

Many called those opposed to forced blood draws for alleged drunk drivers violating the Fifth Amendment as supportive of breaking the law – that alleged drunk drivers should not be afforded the same protections as other citizens. When those opposed to NSA spying, because of violations of the Fourth Amendment, spoke out, many proclaimed that if you are doing nothing wrong, there is no need to worry and safety was more important than freedom. Roadside strip searches based on conjecture by law enforcement during routine traffic stops and upheld by loose law enforcement department policy has been enacted all in the name of safety. A reported 100 mile US boundary “Constitution Free” zone has been declared by the Department of Homeland Security allowing innocent citizens to have their effects seized without a warrant or probable cause. Those who oppose these violations have been called “anti-government,” “domestic terrorists,” and “anarchists.” The liberal left’s attempts to silence the opposition has not worked; however, the outrage in America is basically unheard, unseen, and unfelt – drowned out by the noise of the left.

Now, the federal government has decided to target America’s youth on college campuses and deny these individuals their due process rights upon the accusation only of sexual assault/rape. These proposed strategies do not distinguish that it applies only to conservatives, whites or those seen as patriots. This report targets all America’s youth on college campuses – left- leaning, right-leaning, conservative, liberal, black, white, straight, homosexual, Asian, Hispanic, Christian, Jew, Hindu, Buddhist, etc. In other words, the government has decided that certain violations of the law that occur on college campuses committed by college age students are deserving of the eradication of due process.

Now that the left has demonstrated such resounding support for the eradication of God-given rights and Constitutional protections, the government is moving forward. There is no need to rehash the possibility of wrongful accusation due to revenge scenarios or the ruthless playing of a prank to cause someone embarrassment that could jeopardize a student’s education and life. It’s there and a real possibility to those who see this for what it is.

We can all rest in comfort that parents will be paying tuition to universities in order to have their child’s due process rights rescinded if, unfortunately, accused of committing sexual assault – which the definition is being altered to include some innocent situations. Oh,I know the mantra of the left, “if your child is not doing anything like that, then there is nothing to worry about.” To them – read this report again.