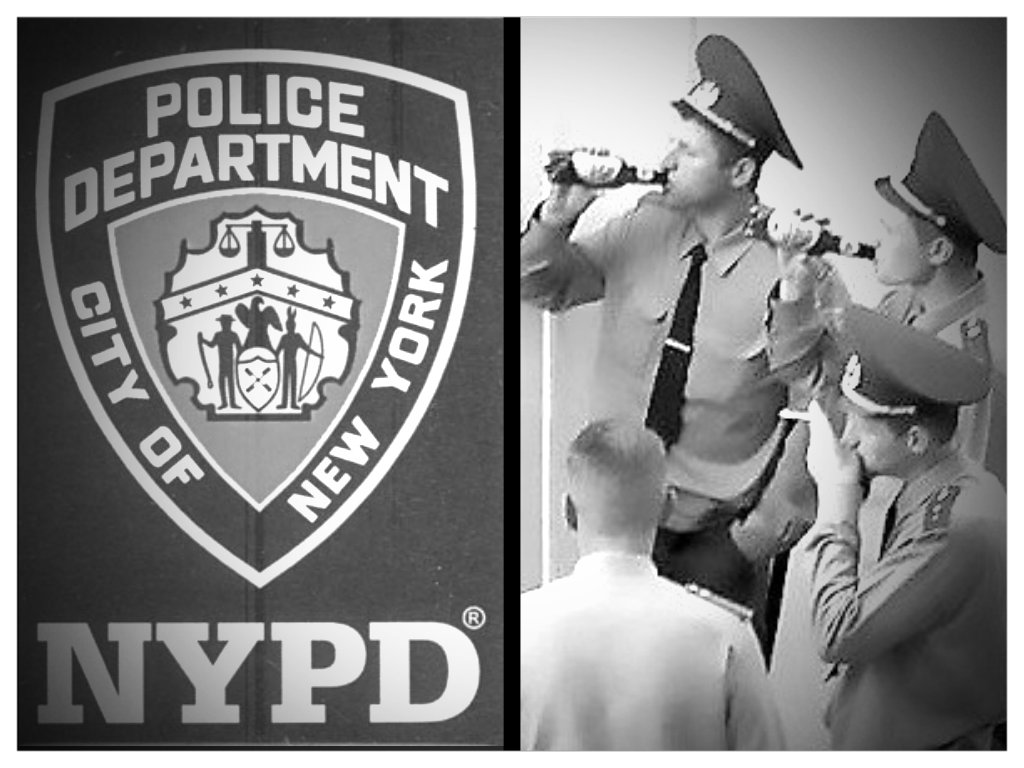 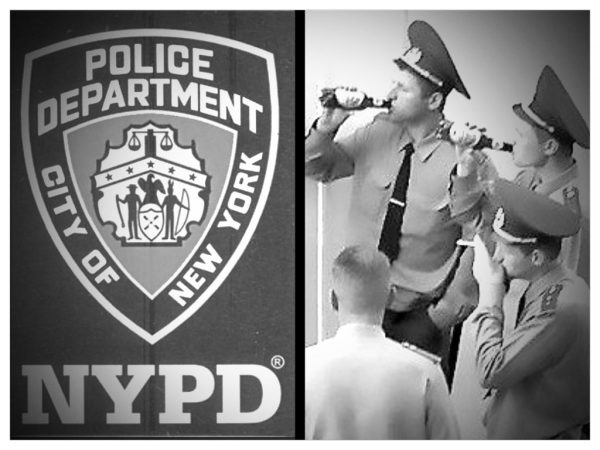 In two weeks, six NYPD officers were charged with drinking and driving – and three of them shot at people while they were drunk.

The first round of arrests happened within a 27-hour time frame during the week of April 14. On Thursday, Jeffrey Balzotti, an NYPD sergeant, was pulled over and charged with driving while intoxicated and reckless driving.  At 4:30 the next morning, Officer Jose Vanderpool was charged with DWI after he got in an accident. He refused a Breathalyzer. Thirty minutes later, NYPD Sgt. Donald Stewart was arrested and charged with DWI.

The next week was even worse…

On Tuesday night, Officer Brendan Cronin allegedly fired thirteen rounds from behind the wheel of his car into a vehicle in front of him, hitting the 47-year-old driver six times, the NY Daily News reports:

Cronin was so drunk, he did not even remember firing his weapon, the sources said. “We have not been able to find any link between the two persons,” said Pelham Police Chief Joseph Benefico. “We have nothing to link either party to each other — no road rage, nothing.”

The victim is currently in stable condition. Cronin refused to take a breathalyzer test at the scene, but one source told WCBS he was so drunk, he couldn’t even remember the shooting. He was charged with assault.

Next up: NYPD Sgt. Wanda Anthony:

About three hours after Cronin’s arrest, Anthony apparently fired one shot into a parked car at a New Jersey home. The New York Post reports that she got into a fight with her date and his wife at the home.

Anthony was pulled over for drunk driving shortly afterward. NJ.com reports she’s been suspended from the force for 30 days, and is also charged with assault along with possession of a weapon for an unlawful purpose.

And, last, but certainly not least, we have 58-year-old Detective Jay Poggi – a 30-year veteran of the police force – who should probably get some kind of Idiot of the Year award for this stunt:

[Poggi] was arraigned on a criminal complaint charging him with driving while intoxicated early Thursday morning. He later had his license suspended.

The complaint states that Poggi accidentally shot his partner, Detective Matthew Sullivan, in the right wrist after taking out his Smith and Wesson revolver to show off the weapon’s hammer. Poggi then allegedly drove Sullivan to the Jamaica Hospital Medical Center, where he was observed to have bloodshot eyes.

According to the complaint, a field sobriety test was administered on the detective, which read .11 percent. The legal blood-alcohol limit in New York is .08 percent. Later, Poggi allegedly refused to take a Breathalyzer test at the 112th Precinct.

CBS New York reports that the detective was released on his own recognizance and is due back in court on June 16. (source)

Wait, what? Poggi was “released on his own recognizance”?

And Cronin was charged with ASSAULT after shooting an innocent man who happened to be in the wrong place at the wrong time in front of the wrong officer? Assault? That’s it? He’s out on bail, but thankfully his license has been suspended (although that doesn’t mean he won’t drive anyway – people do it all the time). He has been “temporarily” relieved of his duty as of now.

Anthony was suspended for a month? In approximately 30 days from now, she will be back at work – carrying a lethal weapon. Sleep well, NY.

NYPD Commissioner Bill Bratton said that reports of misusing alcohol by officers were a cause for concern:

“I personally am very disturbed about the number of incidents in recent weeks that are part of a longer-term problem of inappropriate use of alcohol by members of the department.”