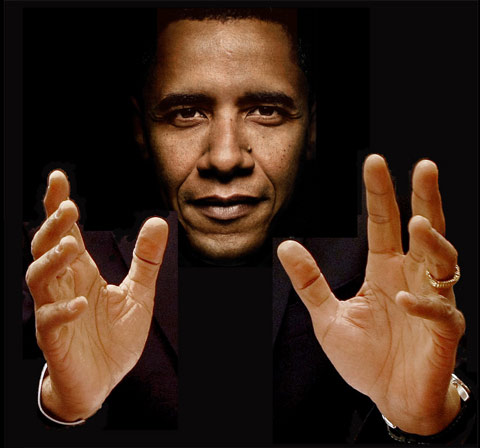 Mainstream financial pundits are falling over themselves following a report from the Labor Department indicating that the national unemployment rate has fallen yet again, this time to just 6.3%.

The Associated Press, whose report on the new rate is being distributed to news services around the country, says this is “the strongest evidence to date that the economy is picking up.” They cite numerous economic experts, claiming that the U.S. economy is now experiencing vigorous job growth, which they say is confirmation that the economic health of our nation is bouncing back from a rough winter. In fact, they mention bad “weather” and “winter” eight times in a single article just to make sure we understand that the problems we’ve seen over the last few months were seasonal.

But, as is generally the case with mainstream assessments and government statistics as of late, the devil’s in the details.

The drop in the unemployment rate from March’s 6.7 percent came as the agency’s survey of households showed the labor force shrank by more the 800,000 in April.

The participation rate, which indicates the share of working-age people in the labor force, decreased to 62.8 percent, matching the lowest level since March 1978, from 63.2 percent a month earlier.

Thus, while U.S. companies added some 288,000 jobs last month, three times as many people were dropped from the official unemployment statistics and are no longer counted in the labor pool.

At this rate we’re well on our way to achieving the Communist dream of 0% unemployment before the end of the President’s term.

Karl Denninger looks even deeper into the report at Market Ticker and points out that, while jobs were created last month, the claims of vigorous job growth are not even close.

Uh oh.  Yes, that headline number looks good.  But April is usually good, and that’s where the rubber meets the road; on an annualized basis we actually saw deceleration.  Funny how that works, isn’t it? That’s right. That little down-hook in the above chart says it all. We’re creating jobs at a slower pace now than at the same time last year.

Contrarian economist John Williams suggests the the government’s numbers are not even close. At his web site ShadowStats.com Williams calculates the rate of employment using the same methods that were used prior to 1994 when they were officially defined out of existence by bureaucrats looking to pad the numbers.

According to those numbers, we’re looking at an unemployment rate of over 23%. As the above chart shows, nearly one in four Americans are without work. That’s quite a disconnect considering the government’s numbers are off by about 265%!

Moreover, how is it possible that our economy is officially growing, while everyone in 20% of all American family households is unemployed?

According to shocking new numbers that were just released by the Bureau of Labor Statistics, 20 percent of American families do not have a single person that is working.

So when someone tries to tell you that the unemployment rate in the United States is about 7 percent, you should just laugh.  One-fifth of the families in the entire country do not have a single member with a job.

On top of that, nearly 50 million people are actively receiving food assistance – fully one in six Americans.

Yet, the stock market hit all time highs just this week.

Something isn’t right, especially if you take a look at the following chart which shows that America’s leading companies showed nearly zero earnings growth in the first quarter of 2014: So, while the experts from the government and private business bloviate over the rigorous health of our economy and the success of President Obama’s policies, it’s important to keep in mind that they are doing their damnedest to bury the real story.

That’s because reality isn’t a fairy tale and as we have noted on numerous occasions it will end with the total detonation of the U.S. economy and financial markets, likely leading to a variety of serious issues that include a collapse of our currency and widespread impoverishment of the majority of people in this country.

What will follow will be nothing short of a total collapse of our way of life, so much so that Richard Duncan, author of The New Great Depression, suggests our entire civilization is in serious trouble:

If this credit bubble pops the depression is going to be so severe that I honestly don’t think our civilization can survive it.

When it does finally buckle, as noted by well known investor Doug Casey, it will be unstoppable and the speed of it will leave most people waking up to the danger after it has already happened.

How long the illusions will continue is anybody’s guess, but it should be clear that what we’re seeing from our government and their propaganda arm in the media is nothing but conjecture.

When the trick is finally revealed a whole lot of people are going to feel quite foolish.