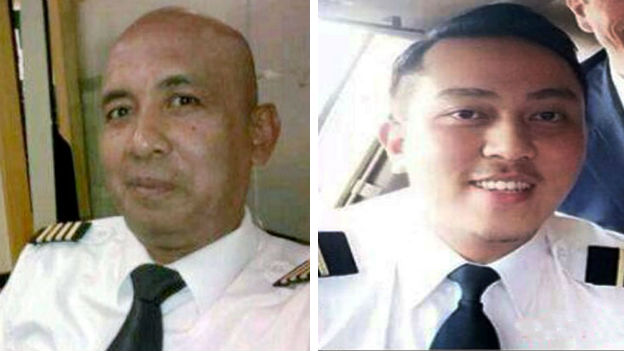 For nearly two months, the search has been on for Malaysian Airlines flight MH370. Theories have abounded and we’ve covered several stories regarding the missing Boeing 777. A Malaysian government official has claimed the plane has been hijacked. No evidence has been found that the plane has crashed as of the writing of this article. However, on Thursday, for the first time, 7 minutes of audio recordings of the final conversations between the pilots of flight 370 and the air traffic controllers on the ground were released. Listen to the recording below:

So what is the problem? Apparently the recordings were edited. This has led to speculation that the recording was produced on a sound stage. However, the question is why?

Analysts who listened to the recordings for NBC News did not know why they were edited, but discovered at least four clear breaks in the audio that indicated edits.

“It’s very strange,” said audio-video forensic expert and registered investigator Ed Primeau of Primeau Forensics, who has analyzed hundreds of audio recordings. He said the beginning and end of the recording are high-quality with a low noise floor, meaning ambient background noise is almost silent, unlike the middle.

“At approximately 1:14 (a minute, 14 seconds into the audio, which can be heard here), the tone of the recording change to where to me, it sounds like someone is holding a digital recorder up to a speaker, so it’s a microphone-to-speaker transfer of that information. That’s a pretty big deal because it raises the first red flag about there possibly being some editing,” he said.

“I can hear noise in the room, along with the increase in the noise floor. I can hear a file door being closed, I can hear some papers being shuffled. so I’m further convinced that, beginning at 1:14 continuing through 2:06 to 2:15, it’s a digital recorder being held up to a speaker.”

Long gaps in the communication throughout the recording also imply some editing>, he said.

“But yet, at 6:17, there’s a huge edit because the conversation is cut off. It’s interrupted. And the tone changes again,” he said. “The noise floor, when you’re authenticating a recording from a forensic perspective, is a very important part of the process. All of a sudden, we go back to the same quality and extremely low noise floor that we had at the beginning of the recording.”

Kent Gibson, a forensic audio examiner with Forensic Audio in Los Angeles, added that there appear to be additional edits at 2:11 and 5:08, and agreed it sounded as thoughthe middle section was recorded with a microphone near a speaker.

“You can hear, at 4:07, pages turning or a person breathing, which is unusual,” he said.

While it’s not uncommon for the background of a recording to change when a cockpit communication turns over from ground control to air controllers — which happened about four minutes into this recording — that doesn’t explain the noises that are heard.

“It’s not unusual that there would be clicks when they push the button on the microphone, but it’s very unusual to have a disturbance. Normally you wouldn’t have any background,” Gibson said.

A cut-off word also isn’t out of the realm of possibility, he said.

“It wouldn’t be unthinkable to have a truncated word because if somebody let go of the trigger on the microphone, it might cut off their word,” he said. “But it would be very unusual to find a background differential at the same time, suggesting that Malaysian authorities or whoever presented this made edits for whatever reason.”

There are most definitely edits and problems with the authenticity of the recording. One has to wonder what the pilots said that would need to be edited in such a fashion. Is the Malaysian government hiding something? NBC continues:

Gibson said it’s possible the tapes could have been edited by Malaysian authorities “if the pilot dropped a hint that they didn’t want to get out, if he said something that doesn’t fit with the Malaysian government’s party line.”

But, he said, “It’s more likely to be an inadvertent thing. But it’s not the way to handle evidence.”

The recording also could have come from different sources, he added.

This doesn’t necessarily prove anything about the investigation, he added. “Unfortunately, there are no smoking guns, except there are edits. And there are clear edits,” he said.

Wait, what? The report is claiming there are big editing problems, sound problems and tone differentiations, but no smoking gun? I’m no rocket scientist, but isn’t that somewhat of a smoking gun? I mean what is the reason and purpose for such an editing of the recording?

“There’s things that have to do with timelines and radar that they have available, but they don’t make them available,” said Tom Owen, a consultant for Owen Forensic Services audio analysis and chairman emeritus of the American Board of Recorded Evidence. “They wouldn’t give you anything that would be enlightening for the public to any secretive information. I don’t see that as a problematic issue.”

While the passengers are presumed dead, there have been sources that have claimed otherwise, even reports that information came from one of the passengers onboard, the fact remains that no evidence of the airliner crashing has surfaced. Due to the nature that there are numerous items onboard the plane that float, one would expect floating debris from the plane to be visible. So far, we’ve seen nothing.

This has led me to interview a friend, who is a commercial pilot for a large US airline, concerning some of the information we’ve been given. Look for that report on Sunday.