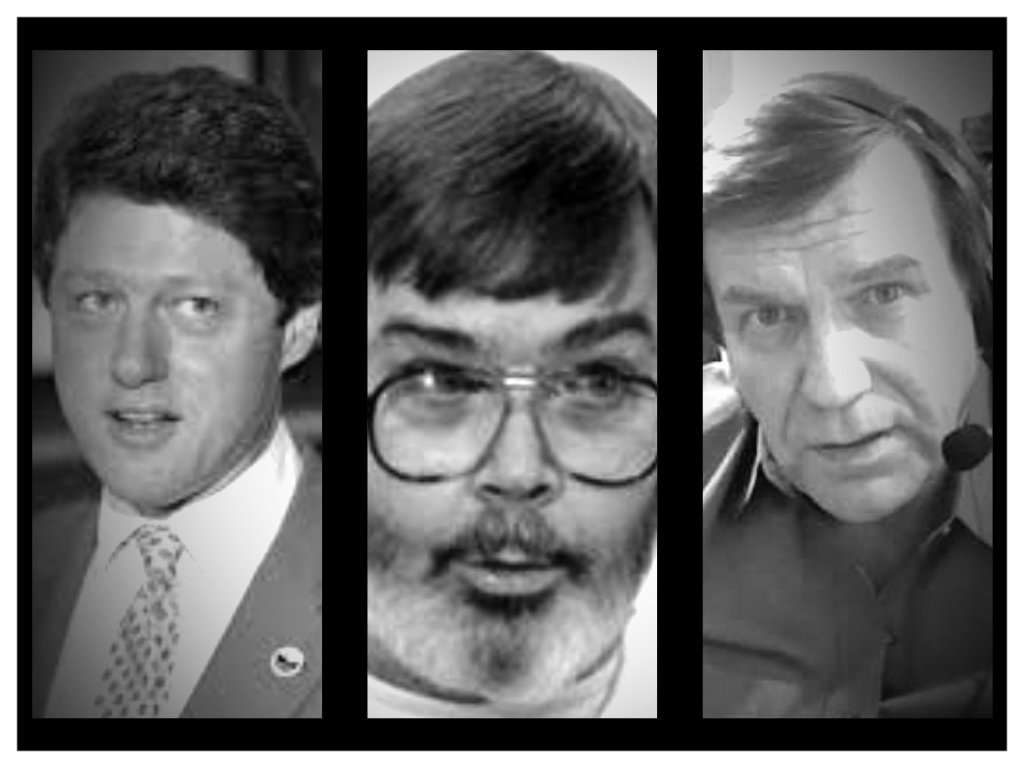 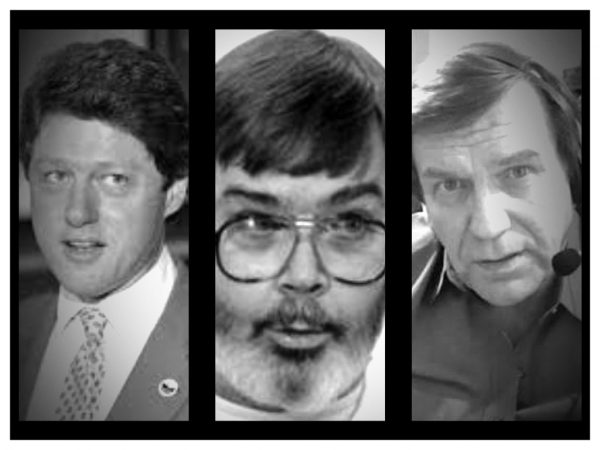 Wayne DuMond is now deceased by natural causes after spending a long time in prison. But on March 7, 1985 two men broken into a house he was staying at and used a knife to castrate him. Shortly after he was convicted of the 1984 rape of Ashley Stevens. Stevens happened to be a distant cousin of Bill Clinton. Clinton was the governor of Arkansas at the time.

No arrests were ever made in connection to the castration.

In fact, DuMond’s testicles were proudly displayed by the local sheriff in a jar in his office.

DuMond may or may not have deserved his fate, depending on your point of view. But the bottom line is that whoever castrated him did so outside of the legal process. This was an act of vigilantes.

Could those vigilantes have received their orders directly from Bill Clinton?

Larry Nichols says they did.

He claims that he was one of the two men who castrated Wayne DuMond.

Let’s revisit the infamous interview with Pete Santilli in which Larry Nichols claims to have killed people for the Clintons. The full show is below. The interview with Nichols begins at roughly the 1:11:08 mark:

Both Dr. Eowyn and myself reported on the interview, for obvious reasons, several months ago. For Nichols to claim that he killed people for the Clintons is no small story. But evidently it is small enough that the mainstream media will not touch it. In Dr. Eowyn’s account, she pulled several quotes from the interview and here is the smoking gun:

“I didn’t give a shit. Some of these people, like Wayne Damond (?), needed to be dealt with. So I went to the jail, cut his nuts off, put them in a jar, put formaldehyde in it and left it there.”

I didn’t know who Wayne “Damond” was and yesterday I decided to do a little research. I was quite young and generally apathetic during the Clinton presidency. I was shocked when I found out who this man was. We wouldn’t have to reach far to establish a motive.

There is, however, one glaring problem with Larry Nichols’ admission and one can not be sure if it is a misinterpretation of if Nichols is simply lying. It sounds like Nichols is claiming that he “cut his nuts off” at the jail and that is not where the event supposedly happened. However, his words could be interpreted in a variety of ways.

Could it be that he went to the jail to check in with the trophy loving-sheriff before proceeding?

Could it be that Nichols had nothing to do with it but is simply trying to take credit for the handy work of other Clinton associates?

Then there is the distinct possibility that Larry Nichols is just another blow hard who likes to spread conspiracy theories.

My gut feeling is that Bill Clinton did order this and I think it is worthy of discussion. Just don’t look for any of this to be coming out in the mainstream media any time soon.

Larry Nichols has allegedly been the target of numerous attempts to kill him over the years. And, whether he is delusional or not, he was a long-time Clinton associate. That is a fact.

If you listen to the interview you might begin to understand how this man thinks. At one point he made mention that he thought Hillary Clinton was our best bet for president, until Benghazi happened.

Really Larry? This woman, and her husband, had you kill people and until Benghazi happened you thought she was still the best bet to lead this country?

I think that is important information because you need to understand just how callous Larry Nichols is. Whether he cut off DuMond’s testicles or not, I think he would have been the type to have no problem doing that.

With all of the mysterious deaths surrounding the Clintons, one might be inclined to think that Bill Clinton could have ordered that castration. The only thing I am really sure of is that there won’t be anyone busting their tails to do an investigation upon reading this. The Clintons are connected, and few probably care about the castration of a now deceased and formerly convicted rapist…especially 29 years after the fact.

I don’t find any evidence of this question being asked at the time, so this is simply my belated attempt to shine some light on the subject. What will it take for Larry Nichols to be arrested and questioned? I’d like to know that. He admitted on live national radio that he was a hitman for the Clintons. You would think someone might be interested in questioning him.

In the end it is all hearsay. What do you think?