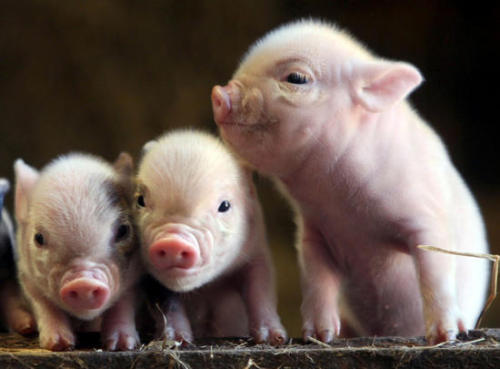 A pig virus – so virulent that experts say a single teaspoon of infected manure would be enough to wipe out the US National herd – has killed 7 million piglets in the United States over the last year.

Porcine Epidemic Diarrhea Virus (PEDv) is thought to have originated in China.

France is expected to suspend the importation of live pigs and pig sperm. The disease has been found in Mexico, Canada and Japan as well as in the United States.

The virus isn’t harmful to humans and does not contaminate food, but the economic costs can be devastating and this is the reason France is seeking to impose the import ban.

In North America, the disease has moved rapidly, with around 4,000 outbreaks in 30 US states, in four Canadian provinces and in parts of Mexico.

Experts in the field believe that lax biosecurity is an important factor.

In June last year a US study found that 17% of trucks going into a slaughterhouse were positive for the infection.

“They also discovered that 11% of the trucks that had been negative when they went into the slaughterhouse were subsequently positive when they left,” said Dr Zoe Davies from the UK’s National Pig Association (NPA).

“It’s how many animals you are moving around, that’s how its being spread.”

Dried pig feed is also thought to be a causative factor in the spread of the virus. It contains pig blood and is given to weaning piglets. Bernard Valliat from the World Organization for Animal Health said:

“Blood from slaughterhouses with insufficient heat treatment is suspected to be the origin. We don’t have a scientific publication on that but it is highly suspected,”

With food costs already soaring, an increase in the price of pork due to supply shortages is the last thing anyone needs. In addition, farmers face high costs in disposing of infected carcasses, something that many can ill afford.