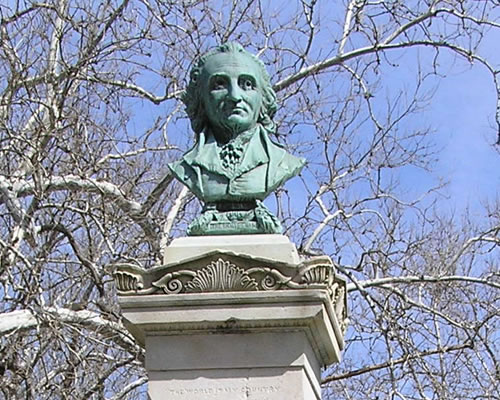 “We have it in our power to begin the world over again.” –Thomas Paine

Last week my wife, young children and I were touring Arizona and California, reaching out to our citizenry through tea parties, television, radio, gun shows, etc. We were doing our best to wake up the American people to the fact that WE CAN WIN THE DAY if we simply take opportunities to prove our God in these dire and turbulent times. But the first thing we need to do is get some people over the obstacle of fear.

During our first tea party speaking event, I overheard a woman complaining about a man that was walking around taking pictures of the crowd. Right then and there I realized that she was talking about my assistant that was gathering photos for our newsletter that reaches hundreds of thousands across the nation on a weekly basis. As I walked over to this woman, I could see that she was completely paralyzed and incapacitated through fear.

I said to her that the person that she was complaining about was my assistant and that there was nothing to fear. She fired back and said, “You have no idea what the government is doing.” She did not want her face to be seen across the country in one of our newsletters. I said to her, looking at my wife and my young children, that she did not have to worry about that. As my blood began to boil I thought, does this woman belong to a nobler sort? Does she have more to lose than the common man on the battlefield that has sacrificed his life, in the past and still in the present, to make sure that she remains in the land of the free? I guess it is just too much to ask for her to do the same. God forbid anyone actually sees her standing for her rights and holding the corrupt in government accountable.

It reminded me that, “The republic was not established by cowards; and cowards will not preserve it. This will remain the land of the free only so long as it is the home of the brave.” (Elmer Davis)

I then asked her what it was that she was afraid of? I said that the government you are afraid of feeds off of the fact that you are giving ear to the fear they push, and that the government that she is afraid of is pushing fear purposely through the state-run media. The diabolical fear she feeds off of only adds strength to tyranny when there is nothing to fear when God (we fear God with a filial fear) is on your side through Jesus Christ (Proverbs 8:13). I said, “The fact of the matter is that corruption in government is more afraid of you then you should be of them.”

If government wasn’t afraid of you, then why all the attempts at covering up their crimes against We the People? What you need to know is that this is how they prosper: They use the media to instill fear, which is un-American. Remember “These colors do not run!”?

As I went further in my exhortation I asked, what if the founders responded in such a fashion as you are? We would not have the freedoms we now possess. We still have the freedom to right the wrongs. We as Americans are not made out of that stuff called “fear.” Fear is the opposite of faith, and you in your reason are an enemy to the faith that God gives (Galatians 2:21). My Father also told me that the gates of hell shall not prevail against His Church (Matthew 16:18).

The hammer can come down upon us over and over from our enemies, but remember that the anvil does not need to be replaced, the hammer does. The seed of the righteous is forever.

I went on, “He is no fool who gives what he cannot keep to gain that which he cannot lose” (Matthew 6:21). I asked, what is it that you have to lose? Because the man that is feared the most is the one who has nothing to lose, but everything to gain. And what is it that can be gained and sustained, but freedom for our posterity?

Friends, never live your life where the enemies of God and the republic will no longer see you as dangerous to their lawlessness.

Furthermore, it is up to us to emulate our forefathers who established freedom through that founding document called the Declaration of Independence (a record of establishing our foundations while throwing off tyrannical usurpations).

“But when a long train of abuses and usurpations, pursuing invariably the same Object evinces a design to reduce them under absolute Despotism, it is their right, it is their duty, to throw off such Government, and to provide new Guards for their future security.”

Like our courageous forefathers who established this republic over 238 years ago through their sacrifice, we have it in our power to begin the world over again just like they did. That is, if we are willing to go back to Him who gave the power to establish, and rest assured my friends, fearing corruption is not apart of His plan (Proverbs 29:25). His plan is to conquer corruption! That is what America is all about.

Listen to Bradlee on his radio show, The Sons of Liberty, 6-days a week!