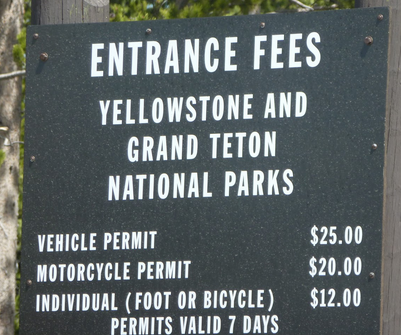 Conveniently hidden in the noise of the Bundy Ranch standoff is the heart of the issue: property rights and use of government-owned land. With the federal government going on a land-grab spree of late, it’s time we have a frank discussion about “public” land. What is it? Who owns it? What’s it used for? What rights do citizens have to use it? Back in feudal times peasants weren’t allowed to forage in the king’s forest. Those caught poaching to feed their families were put to death. It was considered stealing private property from the king himself, not the kingdom as a whole, no matter how big his forest grew. No one claimed it hurt other peasants to take from the king. Yet, today, we are to believe that foraging on government land somehow hurts the kingdom.Some citizens call rancher Bundy a tax cheat, saying he’s stealing from taxpayers because he hasn’t paid grazing fees on public land. Does this group view public property as profit centers? Do they know they’re advocating for the same thing as big oil companies, frackers, Harry Reid’s Chinese solar power plant and a host of other cronies who don’t give a damn about land preservation? Because these entities dutifully pay their fees for their “right” to use public lands.I’m not here to stick up for Cliven Bundy. His family claims they’ve had foraging rights to government land in Utah since 1877.  Ironically, that’s right around the time that the government violently stole the land from native Americans. So, ancestor Bundy used the government cavalry to do to them exactly what the BLM is doing to him at the behest of Harry Reid’s corporate endeavors. I’m just keeping it real.

Does this mean that land rights only exist for people who can defend property with weapons? It certainly seems that way. To be fair, native Americans never understood “private” property until they were forced to, but they did respect tribal boundaries which they too defended with force.Historically, property rights were recognized when someone put their labor to the land by building a house from the trees or managing a herd on the fields. The right to use the land became “ownership” and could only be claimed by an individual or a family who worked the land. In the example of feudal times the king displayed ownership of the forest because he protected it with force. Significantly, the kingdom did not own the forest because no one could even begin to understand that concept. Today property ownership comes with very few rights without permission from, or paying fees to, the government. For example, I used to pay around $7000 a year in property taxes for a modest home and three average cars that I supposedly “owned”.  I also had to buy permits to paint my house, to finish a room in my basement, to cut down trees or burn brush in my yard.  I paid this money to the kingdom because they claimed a right to my property.Increasingly people are being prevented from foraging (keeping a garden or chickens) on their own land as if it belonged to the king. It’s apparent that when property rights become privileges, the grantor of those privileges becomes the real owner of the land. But what happens when the grantor is a vague collective called the public? A king can be removed, while the “public” cannot.Is all government land “public”? Of course not. Try hiking around the NSA data center in Utah and see what happens. Try entering Yellowstone National Park without paying the $25 entry fee and see what happens. As a taxpayer (peasant), you have absolutely no rights to that land, therefore you and other citizens are not the owner of that property – but you did pay for it.The simple truth is if you don’t have a right to use the land, you don’t own it. Claiming that not paying our fair share for using the king’s land (including our own homes) is akin to treason against the kingdom is a colossal mind-control victory for our rulers. People who believe this truly cannot see the chains that bind them.Well, on a positive note, at least we have all this “public” land to sell real cheap to our creditors when the US economy goes the way of Greece, right?