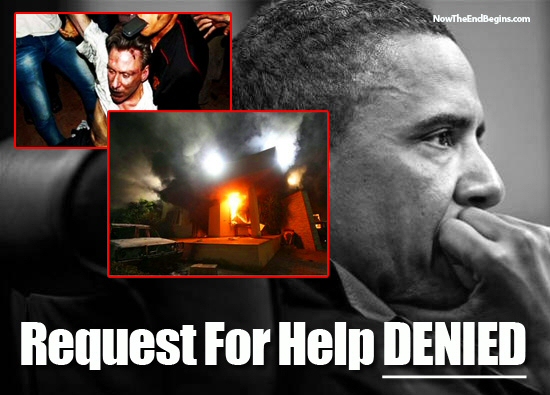 On September 11, 2012, the U.S. Diplomatic Mission in Benghazi was attacked by a heavily armed group of 125-150 gunmen, whose trucks bore the logo of Ansar al-Sharia, a group of Islamist militants working with the local government to manage security in Benghazi. U.S. Ambassador J. Christopher Stevens, Foreign Service Information Officer Sean Smith, and CIA contractors and former Navy SEALS Tyrone Woods and Glen Doherty were killed during a series of raids, commencing at nightfall and continuing into the next morning. Ten others were injured. [Wikipedia]

Initially, it was reported that the Benghazi attack emerged from a spontaneous protest against a video, Innocence of Muslims. Subsequent investigations by the U.S. State Department; by the House of Representatives committees on Armed Services, Foreign Affairs, Intelligence, the Judiciary, and Oversight and Government Reform; and by the U.S. Senate Select Committee on Intelligence determined that there was no protest and that the attack was a planned terrorist attack launched by Islamist militants.[Wikipedia]

Fellowship of the Minds has published posts on how, from the beginning, the Obama administration had lied about the Benghazi attack being a spontaneous protest against an anti-Islamic video (see here and here). But we needed actual tangible evidence of the administration’s deception.

On April 29, 2014, the nonpartisan citizen watchdog group Judicial Watch (JW) released a bombshell of 41 new Benghazi-related State Department documentsJW had obtained through its tireless efforts. The documents include an email from the White House instructing and coordinating a systematic propaganda campaign to portray the Benghazi attack as being, in the words of the email, “rooted in an Internet video, and not a failure of policy.” The White House-orchestrated propaganda was despite the fact that State Department officials initially had accurately described Benghazi as an “attack” and a possible kidnap attempt.

The email was written by Benjamin J. Rhodes, then-White House Deputy Strategic Communications Adviser, and was dated September 14, 2012, 3 days after the Benghazi attack. Below is the most important part of the “Benghazi smoking gun” email:

For more on the email and Rhodes, go to my post of May 2, 2014,“Benghazi smoking gun: White House email orchestrates propaganda blaming terrorist attack on a video.”

Last Friday, May 2, came news that the U.S. House of Representatives will form a special Select Committee to investigate Benghazi. (Please note that this could not have happened if the Republicans were not a majority in the House.)

The Weekly Standard reports that according to an unnamed senior GOP leadership aide:

“The new emails this week were the straw that broke the camel’s back. The Speaker [John Boehner] was furious to learn that the administration withheld relevant documents from a congressional subpoena. He’s sick and tired of this evasion and obstruction from the administration, and wants a solution to finally force accountability, get to the truth, and provide justice.”

The Select Committee will be headed by Congressman Harold “Trey” Gowdy (R-SC).

Trey Gowdy, 49, has a J.D. from the University of South Carolina; is married with two children; and a Southern Baptist. On May 5, 2014, Gowdy was appointed Chairman of the U.S. House Select Committee on Benghazi.

“He [Kerry] said a year ago, with respect to Benghazi, ‘If you have any trouble getting information, let me know.’ Well, Mr. Secretary, we’re going to let you know that we’re not getting the information. We’re going to get him to come and explain why we’re getting documents 20 months late.”

Gowdy also said he has “evidence of a systematic, intentional effort” by the Obama administration to withhold Benghazi documents from Congress:

“I have evidence that, not only are they hiding it, there’s an intent to hide it. I can’t disclose that evidence yet, but I have evidence that there was a systematic, intentional decision to withhold certain documents from Congress — and we’re just sick of it.”

The Select Committee on Benghazi “has extraordinary subpoena power. I’ll tell you what it can do. It can find out where the President of the United States was during those eight crucial hours. Yes. They can subpoena President Obama. If he resists, we have a constitutional crisis and the third branch, a judge would hear it.”

Dr. Eowyn’s article originally appeared at Fellowship of the Minds.