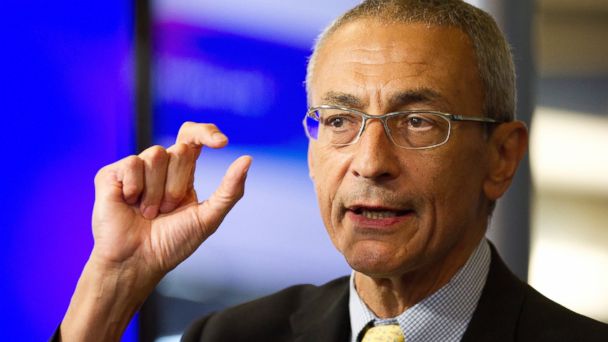 John Podesta is now the man in control of the energy policies in the United States. Some will question just who John Podesta is and that is a very good question and we will reveal the man who has “forced’ the challenge of destroying the very Constitution our nation has loved so dearly. John Podesta has been working to circumvent the Constitution of the United States since he began his career working with Senator Patrick Leahy from 1981 to 1988. It was John Podesta, who advocated smearing those who did not agree with the ideas that Senator Leahy produced. A brief recollection of what John Podesta did back then is below.

“Podesta served on the staff of Senator Patrick Leahy (D-Vermont) from 1981 to 1988. Leahy was an early advocate of circumventing the U.S. Constitution by gaining control over federal courts. Podesta assisted Leahy in pioneering the indiscriminate smearing and filibustering of any and all Republican judicial nominees — a practice previously unknown in Washington.

In 1988 Podesta teamed up with his brother Anthony to form the Washington lobbying firm Podesta Associates. One of their first clients was Michael Dukakis. John Podesta served as opposition research director — commonly dubbed a “dirt digger” — for Dukakis’ 1988 presidential campaign.”

Today, John Podesta has convinced President Barack Obama to force the ideology of global warming upon the people, which is going to hurt all those that Obama says he wishes to help by forcing them to pay higher electric prices. Remember, Obama stated before being elected president that, “Electricity prices will necessarily skyrocket.” This means that those that Obama promised to help will suffer the most as will every United States citizen! We have to note here that it is Obama’s plan to destroy the United States, this was revealed by Obama himself during a discussion about Obama’s Marxist ideology while he was studying Karl Marx!

According to Discover the Networks:

John Podesta was called back to the White House to “help” Obama and the “scandals” associated with him. John Podesta is very good at deflecting the story since he did this while working in the Clinton White House. Just check out what happened below.

The Clintons recognized Podesta’s talent for scandal-suppression early. While still a mere staff secretary at the White House in 1993, Podesta found himself swamped with so many scandal clean-up assignments that he nicknamed himself, “Secretary of [Expletive].” “He’s good at it,” James Carville remarked to the Washington Post.

Podesta’s most lasting contribution to the leftist cause came through his promotion of a strategy that White House aides dubbed “Project Podesta.” This was a system that enabled the Clintons to push through unpopular policies that neither Congress nor the American people wanted. Its implementation marked a dramatic tilt in the balance of power, giving the executive branch an unprecedented ability to force its will on the legislative branch.

Project Podesta enabled the President to bypass Congress through the use of executive orders, presidential decision directives, White-House-sponsored lawsuits, vacancy appointments to high federal office, selective regulatory actions against targeted corporations, and a host of other extra-constitutional tactics.

In short, Podesta showed the Clintons that they could gain by force what they might fail to achieve through legislation. “Stroke of the pen. Law of the land. Kind of cool,” quipped White House aide Paul Begala to The New York Times on July 5, 1998, in response to questions about the Clintons’ growing disdain for the will of Congress.

Project Podesta’s most ambitious exercise was the war on Yugoslavia which Clinton launched by executive order on April 13, 1999, in defiance of the U.S. Congress and the United Nations.

This is the very thing that Obama is doing now! Obama has taken John Podesta to run as a rabid dog around Congress in order to force his flawed ideology, even if it is going to hurt millions of United States Citizens, costing them much more on their energy bills when those same costs should be decreasing! As of May 6, 2014 when Obama came out with his “new” plan to stop this fake “global warming,” he will alter the entire Constitution by once again doing what John Podesta has hoped to do: Circumvent Congressional authority by forcing new regulations through the EPA’s Clean Air Act and abusing this act to continue to force electric companies to make changes that are not needed. In turn, this will force people to pay much higher electric, gasoline and other fuel costs that will cost even more jobs and even more problems than they will solve!

However, John Podesta is now working his evil with the help of Obama, and the connection to one George Soros is now directly linked to not just Obama, but also to John Podesta. This is perhaps the worst part of the problem because George Soros may be the worst person to have the money to back up any problems Obama gets into. This direct connection between George Soros and Obama and Podesta is scary at best. With this moneyman supporting Podesta and Obama, they have the money they need to direct any act against the Constitution Obama swore to, “Protect, preserve and defend.” Obama is not doing what he swore under Oath to do, and John Podesta is helping him.

Just a quick look at the very, bad ideas of Podesta shows that if WE THE PEOPLE do not take action now, John Podesta and Obama will destroy the Constitution using their regulations to make him a defacto King! Below, we just have to see that the idea of, “…global warming was a severe national security problem.” Notice here that this is nearly the same phrase that John Kerry used. With that in mind, it now looks like John Podesta is working with John Kerry and Obama to “change” the Constitution and the letter of the law!

Again, from Discover the Networks:

Podesta co-founded the Center for American Progress (CAP) on July 7, 2003, and would serve as the organization’s president and CEO for the next eight years. He was hand-picked for the job by CAP co-founders George Soros and Morton H. Halperin, according to a March 1, 2004 report in The Nation by Robert Dreyfuss. Inside sources described CAP as “the official Hillary Clinton think tank” — a media spin machine and policy generator designed to serve as a springboard for Mrs. Clinton’s presidential ambitions.

Podesta was a featured speaker at the March 2008 “Take Back America” conference of Campaign for America’s Future, where he declared that global warming was a “severe national security problem” that President Bush had failed to address in any meaningful way.

After Barack Obama was elected President in 2008, Podesta and at least ten additional CAP experts served as some of his most influential advisers. He was the head of the new President’s transition team.

In September 2012, Podesta joined representatives of 50 U.S. companies  — 10 of which had ties to the Podesta Group, a Washington, DC-based lobbying firm founded by John Podesta and his brother Tony — on a State Department- and U.S. Chamber of Commerce-sponsored four-day tour of Cairo, Egypt, which was now led by the Muslim Brotherhood-affiliated Mohamed Morsi. The purpose of the trip was to deliver the message that “Egypt is open for business, and the U.S. business community is ready to invest.”

In February 2013, it was reported that the Podesta Group had just signed a contract to become the first DC lobbying firm to represent the government of Iraq, which had been developing increasingly close ties to the government of Iran. Iraq selected this firm because of its strong links to Democratic Party leaders such as Bill Clinton, Hillary Clinton, and Joe Biden.

On November 15, 2013, Podesta helped launch the Washington Center for Equitable Growth and subsequently served as the organization’s chairman.

Now, with John Podesta pulling the strings for Obama, our nation is about to become a third rate nation just as Obama had wished to do back in 1981 when John Drew stated what Barack Obama then wished to do! (The highlighted part is what now President Obama once stated!

According to Dr. Drew:

“I never had face to face after Christmas and in Partolo Valley California which is near Stanford. I basically spent the day with him, Chandoo, and Caroline Boss, I was visiting Boss from Cornell where I was studying. I graduated ahead of them, but I had come back for the trip to be with Caroline. We hung out with Obama and Chandoo for that day and went out to lunch then we ended up arguing pretty late in the evening about Marxist and politics. Whether or not there would be a revolution, a Communist style revolution in the United States. The key takeaway there is that I may have been one of the first people in the world to confront Barack Obama’s kind of silly belief, Marxist idea that there was going to be an inevitable Communist revolution coming to the United States. I feel in my heart that I had persuaded him that that wasn’t in the cards and it wasn’t going to happen and at the end of that time he believed me. I think a bunch of us, Marxist Communist style people were turned off by a Communist style revolution I think that Obama would have heard that from someone else eventually, but from his reaction, I think I was the first person that he could identify as an ally, and a friend and supporter who sincerely believes that there would never be a Communist style revolution. That debate I think helped Obama intellectually, but it helped seal the end of my romantic relationship with Marxism.”

President Obama will be taking steps that John Podesta, an unelected White House official, has stated, “Congress will not be able to do zero about this action about global warming! We have a President that for the First time in the history of the United States will be making regulations that are not in line with the Constitution and are, in fact, against the law!

It is time for WE THE PEOPLE to wake up and take action to stop this and nip it now or we will be paying $10.00 a gallon for gasoline and electricity will be available for only those who can afford the very high cost due to the new regulations. President Obama, along with John Podesta, is not just circumventing the Constitution, they are acting in a treasonous manner! Wake up WE THE PEOPLE or the United States will be no more!