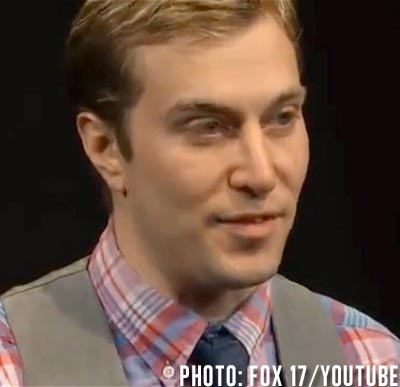 So this is a thing now.

Mr Sevier states he has fallen in love with a pornography laden computer.

“Over time, I began preferring sex with my computer over sex with real women,” he told a court in Florida.

This appears to be not a passing holiday romance, but a lifelong commitment.

Labeling himself a “sexual minority,” Sevier has filed cases to fight for his “right” in both Florida and Utah.

Sevier may not realize it, but he’s really proving one of futurist and Google Engineering Director Ray Kurzweil’s big arguments — that after humans and machines merge in the singularity Kurzweil says is coming by 2045, reproduction will no longer be a biological necessity and thus, people will actually prefer to have sex with computers and robots over their fellow humans like that’s just…the normal thing to do.

Other people have not fought for the right to marry non-humans. They’ve just gone ahead and done it.

A British woman divorced her husband and recently married her dog in a lavish ceremony attended by 200 guests in Croatia. Another guy married a horse. In fact, after I started (apprehensively) looking into it, I sadly found I could post a really long and disheartening list of people who have married animals here if I really wanted to because so many of those people exist. (But I don’t want to, so never mind.)

But it isn’t just animals. Back in 2009, a Japanese man held a ceremony to marry a video game avatar — in real life, as the first human-to-avatar wedding.

Unlike these people, however, Sevier is fighting for his marriage to his computer to be legally binding.

The Utah claim, which in reality is an attempt to throw a spanner in the works of a gay marriage case in the federal court, runs to 50 pages.

Mr Sevier argues that allowing gays to marry but denying him the same right amounts to discrimination.

“We are in different classes of sexual orientation,” he told the court in Utah.

If gays feel as is they are second class citizens, Mr Sevier argues then “those of us in the real minority, who want to marry machines and animals, certainly feel like third class citizens”. (source)

At least we know the Internal Revenue Service would be behind a pro-non-human marriage ruling…if only the government could figure out a way to tax Sevier’s computer, that is.