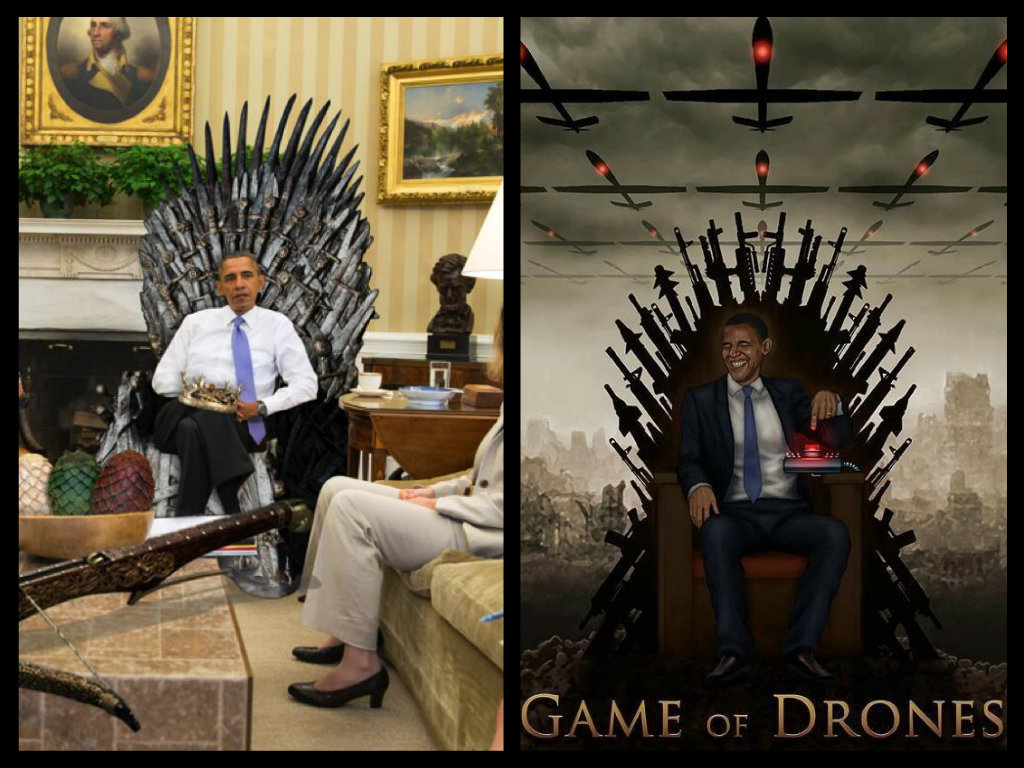 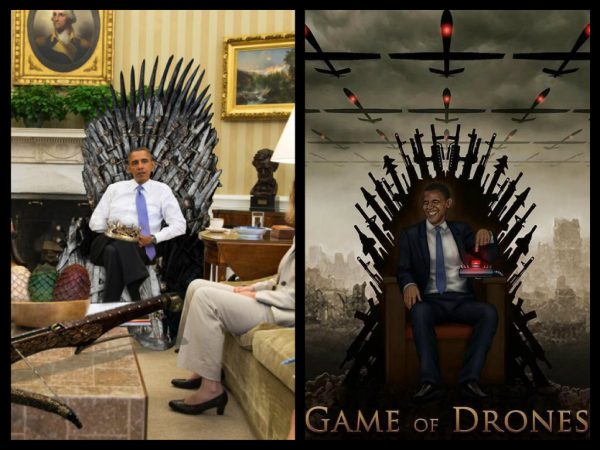 Last year, United States Senator Rand Paul (R-Ky.) criticized Obama for acting “like a king or monarch” as the administration threatened to bypass Congress on gun control. It seems as though the administration felt the title should stick.

The picture depicts “King Obama” sitting upon the “Iron Throne” at Kings Landing in the ancient kingdom of Westeros from the HBO hit series Game of Thrones. The photo looks as if it was lifted straight from The Onion. However, it is not. The image is a result of Obama’s speech at last week’s White House Correspondents’ Dinner where he joked about enacting more executive orders. The administration took it upon themselves to create the photo of King Obama, and the official White House Twitter account sent out the tweet before last week’s episode aired.

Obama sits with the King’s crown in his hands and former King Joeffrey’s crossbow sitting on the coffee table. The tweet reads “The Westeros Wing.”

The image is disturbing for multiple reasons.

First, those familiar with the series know all too well the nature of kings found within Game of Thrones. The kings have all been ignorant, insane and ruthless murderers, as Tywin Lannister, a central antagonist, puts it.

Second, why the president of a constitutional republic would find such an image appropriate is beyond understanding. Could you imagine if George Bush’s administration posted such a picture?

Finally, a crossbow sitting on the coffee table of the West Wing? Why didn’t the “most transparent administration in history” just photoshop a drone in? In the name of transparency, of course. Perhaps they will find this image more suitable for next week’s episode.

Michael Lotfi is a Persian, American political analyst and adviser living in Nashville, Tennessee where he works as the executive director for the Tenth Amendment Center (TN). Lotfi founded TheLibertyPaper.org, which is an online news source that is visited daily by readers in over 135 countries. Lotfi also writes a column at The Washington Times called “American Millennial”. Lotfi graduated in the top 5% of his class with top honors from Belmont University, an award winning, private university located in Nashville, Tennessee.