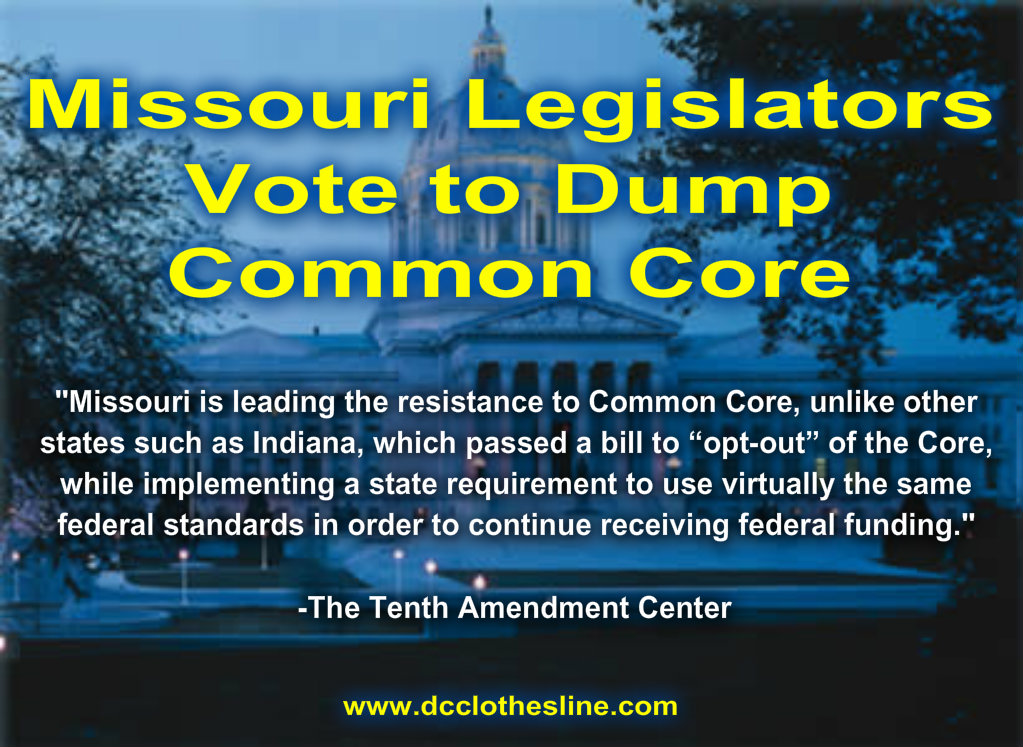 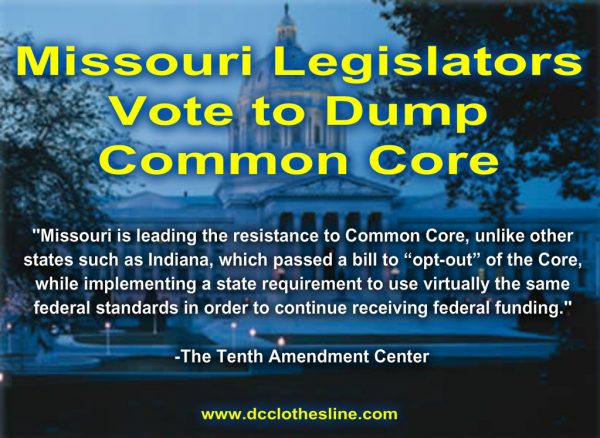 Both chambers of the Missouri legislature have passed a bill to end the state’s involvement in the Common Core educational standards. One final committee approval is required before sending the bill to the Governor’s desk for a signature.

House Bill 1490 (HB1490) passed through the state senate on May 1 by a 24-8 margin. It had previously passed the house by a 132-19 vote. Since the Senate version differed from the House version, the House had an opportunity to accept the amendments offered by the Senate, but refused. That sends the bill to a joint conference committee, with members of both chambers, to work out the differences in the bill and finalized the version going to the governor.

A spokesman for Rep. Bahr, the bill’s chief sponsor, said, “The conference was requested by the floor leader since the house passed a four page bill and the senate sent back a 44 page version. He did not feel like there would be enough time for all 150 house reps to pour over all of the new information in the bill to pass it speedily and also doing their duty.”

The amendments do not stop the bill from taking important steps to re-establish local control of education and end involvement with Common Core in the state. HB1490 states that “[each] local school board shall be responsible for the approval and adoption of curriculum used by the school district.” It also would sanction “work groups composed of education professionals to develop and recommend academic performance standards” which would ultimately be used to replace Common Core by the 2016-2017 school year.

The reasoning behind the delay in scrapping Common Core is to smooth the transition back to a normal curriculum. This would give the schools enough time to jettison the Common Core standards that have been foisted upon them without any undue harm being done to the development of students.

“The goal is to give the schools that have invested a lot of time preparing for what Governor Nixon obligated them to a graceful way out, while stopping CC in the long run,” Ron Calzone of Missouri First said about the legislation.

Missouri is leading the resistance to Common Core, unlike other states such as Indiana, which passed a bill to “opt-out” of the Core, while implementing a state requirement to use virtually the same federal standards in order to continue receiving federal funding. Largely unbeknownst to the American public, Common Core gives the feds the power to collect all kinds of data from children including Social Security numbers, blood type, records of school attendance, supposed learning disabilities, religious affiliation, disciplinary records, parents’ income information. The curriculum also eschews classic literature in favor of drab, government technical manuals.

HB1490 promotes decentralized government and takes control from unaccountable federal bureaucrats and puts it back into the hands of the people. Common Core’s proponents deceptively claim that the curriculum is not the handiwork of federal bureaucrats because it was conceived by the National Governors Association (NGA) and the Council of Chief State School Officers (CCSSO). However, he NGA has received tens of millions in taxpayer cash from the federal government over the course of many years.

TAKE ACTION
For Missouri: Take action today to make sure that HB1490 remains a strong rebuke against Common Core by clicking HERE.

For Other States: Check our Tracking and Action Center to see if your state has taken action against Common Core. If they haven’t, contact your state legislators and demand that they introduce legislation similar to HB1490.

You can find your legislator’s contact information by clicking HERE.

Visit the TenthAmendmentCenter.com where this article first appeared