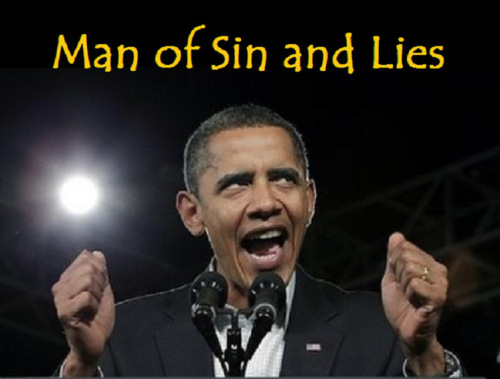 The recent release of the National Climate Assessment (NCA) by the White House offers us absolutely nothing new in proof that climate change is real, instead it is just a rehash of predictions based on computer models that we have seen time and again, from United Nations-based climate organizations. What it did give us was lies to prove their point as President Obama has been doing since his 2014 State of the Union address in which he blatantly said, some coastal areas of the United States were being flooded by rising seas.

Shortly after his State of the Union speech, the President went on a tour of climate lies with statements such as, “First of all, we just got five feet of snow in Washington and so everybody’s like-a lot of the people who are opponents of climate change, they say, “See, look at that. There’s all this snow on the ground, you know, this doesn’t mean anything.” I want to just be clear that the science of climate change doesn’t mean that every place is getting warmer. It means the planet as a whole is getting warmer. But what it may mean is, for example, Vancouver which supposed to be getting snow during the Olympics, suddenly is at 55 degrees and Dallas suddenly is getting seven inches of snow. The idea is that as the planet as a whole gets warmer, you start seeing changing weather patterns and that creates more violent storm systems, more unpredictable weather. So any single place might end up being warmer. Another place might end up being a little bit cooler. There might end up being more precipitation in the air. More monsoons, more hurricanes, more tornadoes, more drought in some places, floods in other places.”

Obviously, he is a moron when it comes to weather and climate since his examples of unusual weather in these areas proved to be normal climate conditions.

The latest NCA is also riddled with lies. An example is the claim that the world’s sea levels have risen 8 inches since 1880. If so, where is it? It isn’t evident anywhere in the world and has not been recorded by any country that monitors sea levels.

The bottom line is we are being railroaded into accepting the lie of climate change by those who want the government to expand into every aspect of our daily lives and give away the sovereignty of every country that participates to the UN. Regulations that will drive up the cost of everything and force compliance is the real reason they are pushing climate change.

As most of you know, UN climate Organizations have a credibility problem when it comes to having people qualified to be in the business of climate assessment. As the IPCC, WMO, and other UN based climate change organizations, those who participated in the National Climate Assessment are no more credible than they are. In all these organizations, there are basically well educated environmentalists masquerading as actual climate scientists.

Jerry Melillo, and Dr. Rezaul Mahood who are the forerunners of the latest NCA are not climate scientists at all in reality, but environmentalists. These two along with those at UN based climate organizations lack the qualifications to be dictating climate science. Thus, for us to take these people seriously in climate prediction would be like us going to a mechanic for open heart surgery or asking an attorney advice on plumbing. Bottom line, we wouldn’t, and we should not take these clowns seriously either. Actual meteorologists have a tough enough time predicting tomorrow’s weather, and we are supposed to believe environmentalists who masquerade as climate scientists when they are trying to predict climate several decades out? I think not.

Obama also has alternative reasons for bringing up climate change propaganda at this time, since John Kerry stuck his foot in his mouth recently with his Israel becoming an apartheid state remarks and the Benghazi controversy resurfacing. At this time, climate change is being used as a distraction from damning evidence surfacing that could bring down the Presidency.

Since there is no physical evidence that supports global warming/climate change along with the fact that it has been proven that CO2 levels increase after a warming period, not before. The time has arrived to put an end to any debate on the subject and form a powerful lobby of concerned citizens, meteorologists, geophysicists (not under the direct influence of the US government or UN), and sensible politicians who know global warming/climate change has nothing to do with the world’s climate and all to do with politics, money, and control.

From voter fraud, Benghazi, to climate change, Mr. President, do you even know how to tell the truth?