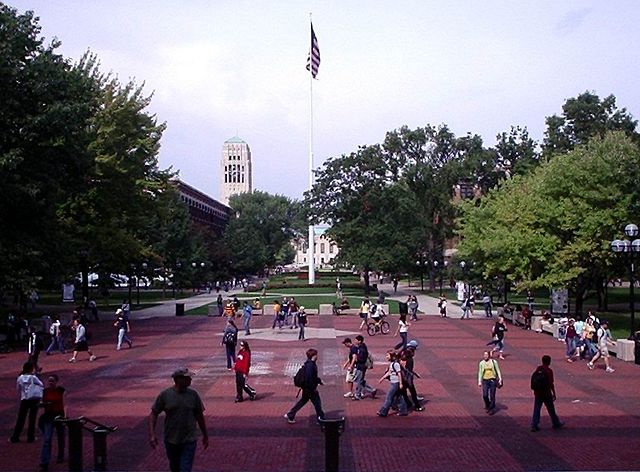 It seems the University of Michigan has followed the recommendations in the White House Task Force report entitled “Not Alone” to enact a four-year suspension against a student who was found guilty of the charge of sexual assault – “despite receiving little notice of the charges against him, no attorney, no trial and no jury.” Drew Sterrett, the former University of Michigan student, is now suing the institution for violating his rights guaranteed by the US Constitution due process amendments. The incident occurred in 2012, Sterrett’s freshman year.

According to The Daily Caller, Sterrett had sex with a female student in his dorm room. According to Sterrett, his roommate was present during the encounter and could attest to it being consensual. While at home for summer break, five months later, Sterrett was informed by the university the female student had filed a rape complaint against him. The university told Sterrett any time in trying to procure a lawyer would result in the proceedings commencing without him. In a hearing via Skype communication later that day, Sterrett denied any wrongdoing.

“‘At no point during the call/interview was [Sterrett] given notice of the specific allegations which had been made against him,’ the lawsuit claimed.”

Sterrett’s accuser had second thoughts about the details of their encounter being made public resulting in the investigation being halted in September. He was warned to stay away from the dorm where his accuser resided while being totally unaware of the full accusations against him. The university proceeded to adjudicate the matter anyway resulting in administrators informing Sterrett “he was found guilty of raping his accuser and creating a ‘hostile environment’ for her, and would be suspended until 2016.”

Sterrett denied the charges. He called them “ludicrous” and claimed the proceedings were “a gross perversion of justice.” The university denied Sterrett adequate representation and the opportunity to address the specific allegations against him made by his accuser. Regardless, a university appeal board upheld the suspension.

The lawsuit filed by Sterrett maintains, “the decision of the Appeals Board was a rubber stamp of the flawed investigation and Report and Addendum, lacked fundamental fairness, was reckless, arbitrary and capricious, and clearly denied [Sterrett] due process.” The lawsuit demands the university reinstate Sterrett and pay damages.

The University of Michigan denied any wrongdoing. Kelly Cunningham, a spokeswoman for UM, said, “The University is reviewing the complaints and plans to defend them vigorously.”

In a recent article regarding the White House Task Force report “Not Alone” and its falsification of facts, the problems with these “recommendations” for college campuses, that were urged to be put in place as soon as possible, were the removal of the rights of due process afforded all citizens of the US, upheld by the US Constitution with the Fifth and Sixth Amendments, already in place on some campuses with the administration praising those institutions that arbitrarily dispensed with the rule of law in regards to complaints of sexual assault and rape. As stated in the previous article, this dispensation of the right to due process affects everyone’s children regardless of political affiliation, political viewpoint, religion, creed, national origin, race or socioeconomic status. And, it could cause irreparable harm to those who are falsely accused or a complaint filed because of revenge or a prank.

While liberals and those on the left cheer the administration when it participates in violations of law that promote their cause, these individuals have heralded the dismissal of “the rule of law” on college campuses, recommended by the Obama administration, in favor of the “rule of men.” In their thinking, the rules would not apply to them as the administration is “liberal friendly” seeking to thwart conservatives and those believing in the rule of law – the law of the land, the US Constitution. However, they too will bear the fruits of their labors.

Whether this student is innocent or guilty is not the issue – the issue is the removal of the right of due process upheld in the US Constitution by an institution, individual, or group that does not have the right to eradicate individual God-given rights.

While all of us would like to believe that our children do not or would not engage in casual sexual activity, it has become evident this does happen and happens at earlier ages: sometimes despite the teachings of parents. In this case, the accused claims the encounter was consensual and even reported having a witness to verify that fact. In the report, “Not Alone,” the definition of sexual assault is to be redefined that may include many innocent situations, possibly a consensual situation between individuals of consenting age. Unfortunately, Drew Sterrett has been caught up in a war between the upholding of the rule of law versus the implementation of the rule of men. He will end up paying the price while the posturing of Congress, this administration and the public continue.

The left is busy condoning debauchery at every level, destroying the family unit, and promoting the early sexualization of our children; then, this group has the audacity to support the eradication of due process. Sterrett believed he was not in the wrong by engaging in consensual sexual relations, so did not worry about the encounter. It is proving costly as he attends a university who denies due process to those accused of wrongdoing.

The liberal left needs to re-evaluate their mantra. Oh wait, that would mean that a right-wing extreme woman that someone let out of the kitchen where she needs to be kept was actually right about the consequences of trampling the US Constitution. Well, sometimes that chicken comes home to roost.