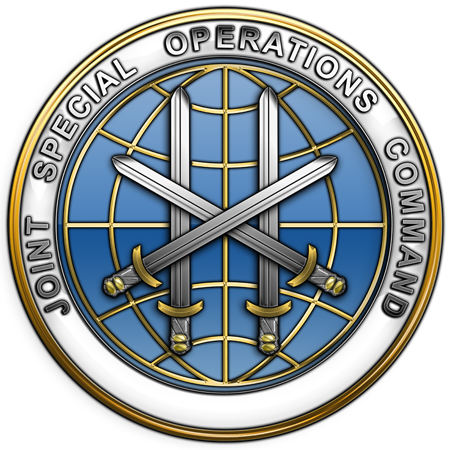 The title of this article is not hyperbole. Indeed, war has broken out in Ukraine. Both the United States and the Russians are employing asymmetrical warfare, at least for the time being, in an attempt to control the country.

Since 1980 on the recommendation of Colonel Charlie Beckwith, in the aftermath of the failure of Operation Eagle Claw, the Joint Special Operations Command (JSOC) was established as a component command of the United States which answers to the Special Operations Command (USSOCOM). The express mission is to conduct classified military operations in an among the various clandestine forces in the United States (e.g. Seals, Rangers and civilian mercenaries such as Blackwater now known as Academi).

Most Americans have never heard of JSOC. However, the long list of JSOC commanders is impressive and notable. One name of their former commanders that jumps off the page is LTG Stanley McChrystal, the former commander of forces in Afghanistan, who was fired for comments which were critical of President Obama and his handling of the war.

The JSCO Mission Has Morphed

The mission of JSOC has changed dramatically. The mission of JSOC is still asymmetrical, but the net effect is that JSCOC is capable of carrying combat operations on a national scale and this is what we are subsequently witnessing in Ukraine.

One day when the smoke clears from the ashes of World War III, historians will credit JSOC as the entity being responsible for the commencement of World War III in Ukraine as civilian mercenaries, acting under the authority of LTG Votel is instigating a civil war in Ukraine for the purposes of purging the country of pro-Russian forces.

Putin has criticized the United States for using mercenaries to drive out pro-Russian forces from Ukraine. Putin’s allegations of war mongering by U.S. forces has merit and are backed up the German newspaper Bild am Sonntag who recently reported  that 400 U.S. mercenaries are working with the (illegal) junta government in Ukraine to crush opposition to the Western coup in the eastern part of the country designed to turn Ukraine away from Russia by eliminating anti-coup activists in Slavyansk and the Donetsk region.

Putin’s allegations swirl around the presence of mercenaries affiliated with Academi. The readers may remember Academi when it was known as Blackwater and then it changed its name to Xe following its involvement in the murder of 17 Iraqis in Nisour Square, Baghdad, Iraq, in 2007.  This mercenary group keeps changing its name to stay one step ahead of the burning bridge and escape oversight from Congress.

Make no mistake about it, Academi’s presence in Ukraine is a JSOC operation. JSOC is being confronted by its Russian counterpart in Ukraine. The net effect is that we are seeing the beginning of World War III through the use of asymmetrical forces. At the moment, this may only be a proxy war, but it is escalating exponentially.

Putin Is a Hypocrite

Putin is accusing the United States of using mercenary soldiers in Ukraine as he is employing the exact same strategy. Three months ago,  Russian troops without insignia appeared in Crimea during the takeover. This is the Russian equivalent to JSOC as they belonged to the infamous Vnevedomstvenaya Okhrana. This organization is indeed the “Blackwater” contracted by the Russian interior ministry to protect Russian military facilities and related assets. This Russian version of Blackwater seized airports in the Russian invasion of Crimea. Just like JSCOC Vnevedomstvenaya Okhrana do not wear Russian military uniforms and their use gives Russia government plausible deniability. However, make no mistake about, this organization is carrying out operations in Ukraine as proxy members of the Russian military.

The world witnessed these tactics in Kosovo and we are seeing it again. In the coming weeks we can expect to hear about the discovery of mass graves and a number of murders of key opposition leaders on both sides.

The strategy of the two sides is clear. Provoke sympathetic civilians to takeover Ukraine. The losing side will no doubt escalate its involvement in order to prevent the total loss of the country through the use of conventional military forces.

Time Is Not On Putin’s Side

With NATO war games set to commence in Ukraine, Moldova, Bulgaria and Poland in late June/early July, Putin must move quickly to achieve victory. If Putin allows NATO to consolidate its forces in Ukraine, Russia would likely lose its foothold in the country.

At risk is Putin’s ability to blackmail Europe with gas, 66% of the total, which flows through Ukraine. Unless Putin is happy being the head of a regional power, and not a global power, he has a very short time left to act.

Putin has already announced that he will not hesitate to use nuclear weapons against  conventional forces which would come against Russia. During the next four to six weeks, event are going to become very heated.

At the end of the day, there can be doubt. World War III has broken out in Ukraine and the dominoes of escalating events are falling one by one.