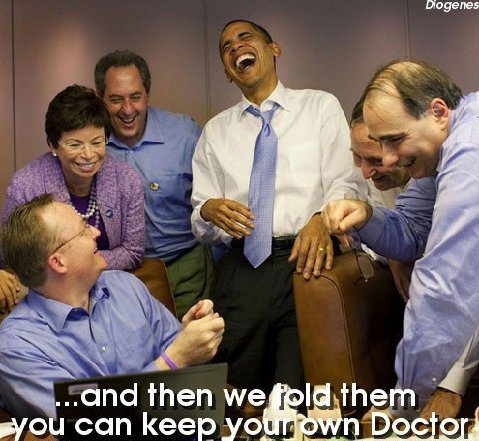 As Obamacare began to be implemented, millions of Americans discovered, too late, that Obama had lied, when they were notified by their insurance companies that their health plans had been cancelled. (Go the end of this post for more.)

Obama and the Left then blamed the evil greedy insurance companies for the cancellations, conveniently leaving out the fact that the companies had no choice because those plans were non-compliant with the dictates of the new Obamacare law.

Last Wednesday, May 7, 2014, the House Subcommittee on Oversight and Investigations held a hearing on “PPACA [Obamacare] Enrollment and the Insurance Industry.” (PPACA are the initials of the Orwellian name for Obamacare, the Patient Protection and Affordable Care Act.)

The purpose of the hearing was to ascertain just how many Americans actually have enrolled in Obamacare, as well as who was responsible for the previous round of policy cancellations and who should face blame for the next round.

In the hearing, Congressman Cory Gardner (R-Colo) sought to get to the bottom of the health plan cancellations. He pointedly asked the insurance executives the reason for the cancellations.

On his website, Rep. Gardner reports that “The witnesses [insurance company executives] confirmed thatthese cancellation notices were sent out due to the President’s healthcare law.”

That is bad enough, but worse is yet to come.

How can that be?

Obamacare has caused insurance companies to cancel the health plans of millions of Americans because of those plans’ non-compliance with Obamacare. But those cancellations are just the tip of the iceberg because persistent malfunctioning of the Obamacare sign-up website, healthcare.gov, led Obama to keep extending the sign-up deadline, as well as a one-year delay in the full enforcement of Obamacare. That one-year delay, in turn, means that there will be more insurance plan cancellations when Obamacare is enforced in full.

To determine how many more Americans will have their health insurance cancelled, Rep. Gardner asked each of the insurance executives this question:

“How many [health insurance] plans do you currently offer that do not meet the [Obamacare] law’s requirement, but you are able to continue offering because of the delay [in Obamacare’s full enforcement]?”

All but one of the executives demure, saying they don’t have the exact figures or hard numbers.

That means if the other five insurance executives had answered Gardner’s question, the total number of Americans who can expect to have their health insurance plans cancelled will be in TENS OF MILLIONS.

One last nugget from the subcommittee hearing.

On June 5, 2008, while campaigning to be President, the POS promised: “In an Obama administration, we’ll lower [medical insurance] premiums by up to $2,500 for a typical family per year.”

This is what Mark Pratt, senior vice president of America’s Health Insurance Plans, said at the House Subcommittee hearing on May 7, 2014:

There are 8 more broken Obamacare promises. Go here to find out what they are.

H/t WND and FOTM’s Miss May