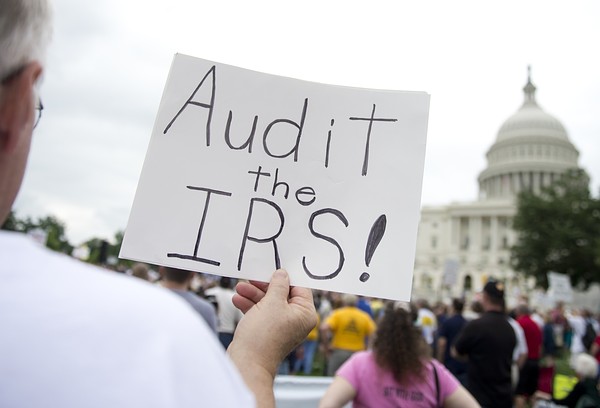 Is this some new kind of joke or what? …nope I’m afraid not boys and girls. The single most feared agency of the government is actually claiming that the “need” more money. Now, some of you may ask “why?”

Well, according to Mary Lou Byrd of the Washington Free Beacon:

“The IRS has spent $96.5 million on office furniture under the Obama administration and is now claiming it has insufficient funding to adequately serve taxpayers.

Treasury Secretary Jack Lew testified before the House two weeks ago about the IRS’ need for additional funding for the upcoming fiscal year. The IRS is currently seeking an increase of $1.2 billion—a 7 percent raise over its FY 2014 $11.29 billion budget. It would bring the agency’s FY 2015 budget to $12.48 billion.

A review of contracts by the Washington Free Beacon shows the IRS in the past five fiscal years has spent $96.5 million refurbishing IRS offices across the country. Those contracts include fiscal years 2010 through 2014.

That amount already exceeds what the agency spent during the entire eight years under President George W. Bush, fiscal years 2002 through 2009.”

“Office furniture?” Let’s not forget about those really crappy “Star Trek” videos they produced as a “training tool” for IRS employees. Those supposedly cost the taxpayers only $60,000.00. But to be fair, they also made a really crappy “Gilligan’s Island” video with some of that money, so it turned out to be a bargain for us.

Personally I find this beyond outrageous. This is the same agency that is currently being investigated for targeting conservative groups, so my personal opinion is, that they have a lot of “guts” to ask the taxpayers for more operating capital.

This is just another example of frivolous waste being committed by the Obama administration. I have mentioned this in numerous articles that I have written. This administration is nothing more than a bottomless pit, into which tax payer money is shoveled in to; and people wonder why Obama has personally more than doubled our national debt since he took office.

We don’t want to forget how much money it costs to “maintain” the First Lady Michelle Obama. That comes out to $1,415,170.00 per year in salaries for her 17 personal staff members. Of course that dollar amount doesn’t even come close to the money she has spent on all of those fabulous four star vacations for her amusement.

If the Obama administration was a gunshot victim needing a blood transfusion, it would require it for a continuous 24 hours a day, seven days a week, 365 days a year, for the next 800 years…and then some more !

But really guys….who the hell is going to hold anybody accountable for this?

After all – it’s only your money!

Richard Anthony is a US Army veteran who served from 1975 to 1980. He was stationed in Frankfurt West Germany from 1976 to 1978 with the 3rd Armored Divisions 143rd Signal Battalion as a Tactical Telecommunications Center Specialist and was also with the 1st Cavalry Division 1st/12th Cav as a Combat Medic until discharge in 1980. He has been married for 20 years and has 3 sons. He’s also a very involved Tea Party activist.