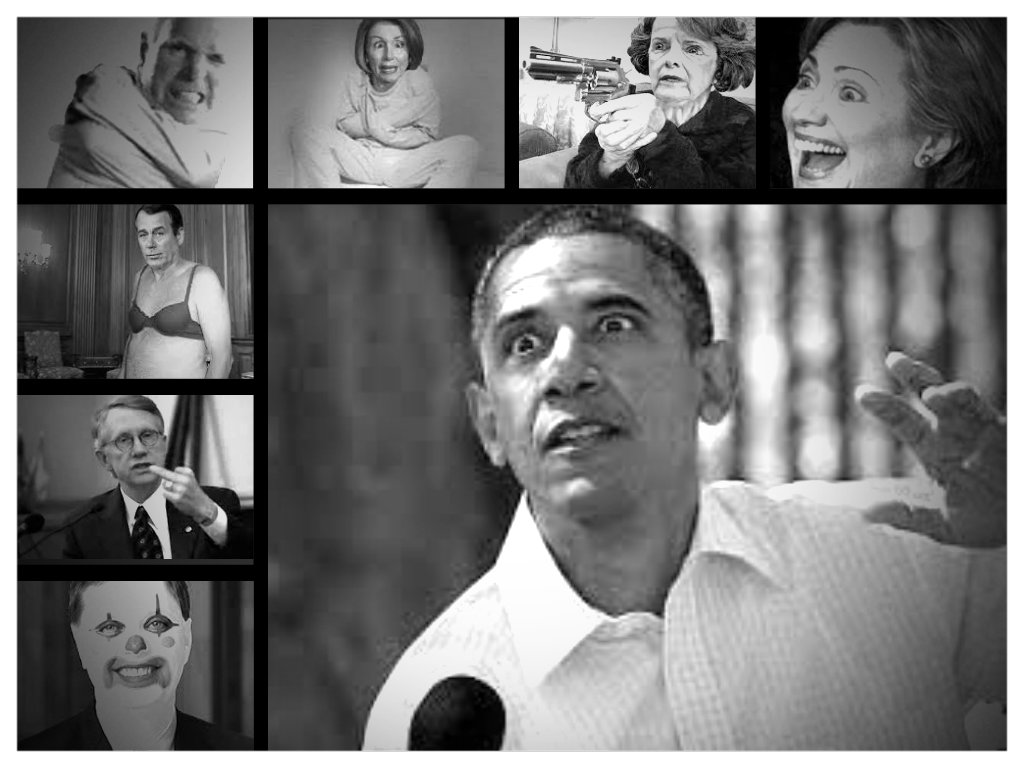 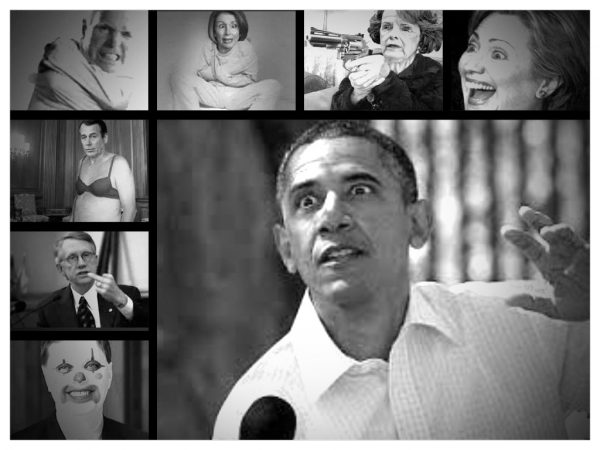 After writing one of my most recent articles with regard to what typically happens when a currency collapse occurs, due to a currency devaluation, takes down a country’s economy as the Chinese are gobbling up all of our important economic assets, many people wrote to me asking me when the total collapse is going to happen. The short answer is that I have a hard time predicting the actions of psychopaths. All of us have a hard time predicting the action of others who are so different from the mainstream of America because most of us do not think like psychopaths. However, I can  state with certainty that when the last mortgage has been stolen and the last pension has been confiscated, then it will be time to collapse the dollar and plunge this country into a hellish nightmare.

Our country should be dubbed, the United States of Psychopathology. Psychopaths are at the root of the world’s problems. They kill hundreds of millions in wars which serves no purpose except to enrich themselves. Subsequently, psychopaths such as the Rockefellers and the Rothschilds recruit already compromised psychopaths to do their bidding in both elected office and as the CEO’s of Fortune 500 corporations as well as key administrative positions.

The Whole Country Is Going Crazy

The United States of America is presently undergoing a mental health crisis. An estimated 26.2% of Americans ages 18 and older suffer from a diagnosable mental disorder in a given year. This figure translates to almost 60 million people who have a diagnosable mental illness.  Even though mental disorders are widespread within the population, the main burden of illness is concentrated in a much smaller proportion, which is confined to about 6% of the population, or about 1 in 17 who suffer from a serious mental illness. In nearly half (45%) of those with any mental disorder, they meet criteria for two or more disorders. In the U.S., mental disorders are diagnosed based on the Diagnostic and Statistical Manual of Mental Disorders, fourth edition (DSM-V).

Most (over 65%) of the diagnosed mental health disorders are reactive in nature to a faulty environment and are common to a population being placed under dire stress. As would be expected, anxiety disorders lead the way and can manifest themselves in Post-Traumatic Stress Disorder (common to veterans in combat), various social phobias, eating disorders (at record levels) and depression (rising at an alarming rate).

Genetic factors are thought to generally play a role in mental illness in about 30-50% of all mental illnesses. However, the bulk of symptoms are maladaptive responses to a negative environment. In other words, the sheep may not be outwardly rebelling, but their unconscious minds are stating that the New World Order is not fit to live in.

The terms psychopath and sociopath were in vogue 30 years ago in the mental health field. We still see the use of these terms to describe morally deprived people who commit heinous acts of some sort against other human beings. However, on an official level, the terms have been rolled up into one clinical term, Anti Social Personal Disorder (ASPD).

I contend that most of the mental illnesses that we are seeing in today’s America are reactive to the depraved nature of those that seek power over others. It is becoming quite clear that when we closely examine the mental health of many in power, they exhibit the hallmark traits of people with diagnosable ASPD.

Antisocial personality disorder is characterized by an individual’s disregard for social rules and cultural norms, impulsive behavior, and indifference to the rights and feelings of others. Mental health researchers estimate that approximately 3% of males and 1% of females, aged 18 or over, have ASPD (Lenzenweger, M.F., Lane, M.C., Loranger, A.W., Kessler, R.C., 2007). DSM-IV personality disorders in the National Comorbidity Survey Replication. Biological Psychiatry, 62(6), 553-564).

The National Institute of Mental Health diagnoses Anti-Social Personality Disorder by having four of the following seven characteristics:

If I were a power broker in the emerging New World Order and I needed politicians to carry out my agenda of controlling every person and every resource on the planet, I would seek individuals who have previously earned their stripes as being both mentally ill and highly ambitious individuals who will move to get ahead at all costs. I would seek out people who have the traits of an ASPD individual because I could count on them to pursue power at all costs in the pursuit of the NWO agenda. And when they are caught violating the public’s trust, I would just replace them with another person who exhibits the same exact ASPD traits. And it is ideal if these “public servants” already have a litany of behaviors emanating from their ASPD symptoms that I could use to blackmail them when the need arises. In a nutshell, I have just described the American political scene.

Whereas, 75% of Americans are emotionally stable and 25% are not, I think these are the exact inverse numbers of what we see in Congress and other key elected positions such as the governors of states. I believe that if we did a mental status exam on George Bush I, George Bush II, Bill Clinton and President Obama, we would see all four individuals with completely diagnosable ASPD. Millions have died, who did not have to under these criminally insane leaders. We have lived through three completely avoidable wars in which several million have perished as we whip a little democracy on these countries as we misappropriate these victimized country’s resources.

When institutions engage in illegal business practices designed to deprive people of their homes, the leaders and their minions of these organizations are exhibiting ASPD.

Richard Eskow, senior fellow for Campaign for America’s Future, relates how former employees of Bank of America submitted sworn affidavits to a civil lawsuit claiming that “the financial institution purposely stalled, delayed or denied home loan modifications.” They also claimed that the bank enforced foreclosure quotas and gave bonuses to those with the highest foreclosure rate. So will Bank of America pay for these alleged practices?  No because Federal judges are appointed by the criminally orientated mentally ill as well, or they would not be selected.

This parallels what the Federal Reserve is doing. Since September of 2012, the Fed has been purchasing $40 billion dollars worth of mortgage backed securities each month. This is nothing but a modern day version of feudalism in which the Lords are buying up all the land so they can exploit even more serfs who pay tribute to live on  the land that has been stolen from them.

Then who could ever forget Anthony Weiner? You remember Weiner don’t you? He was forced to resign from Congress for publicly displaying his last name in a text to show what a man he is. Interesting, when one urinates in public and are caught, they must register as a sex offender. Weiner’s actions impacted far more people and gets to politically recycle himself with impunity, again and again. You can bet he will run for something in 2016.

Three years ago for Secretary of Treasury, Timothy Geithner, received $400,000 for three speeches which he gave to his fellow banksters. And he was paid and is enriching himself with your money! He was charged with tax evasion and he was part o of a cabal from the World Bank that defrauded U.S. taxpayers involving foreign investments using taxpayer money.

“What does it matter?”

Benghazi is not Clinton’s only treacherous act. Recently, it has been revealed that Hillary fought to keep the al-Qaeda-linked militant group, Boko Haram off of its official list of foreign terrorist organizations for nearly two years despite a history of blowing up Abuha’s UN headquarters and now the abduction of several hundred girls targeted for delivery to child sex slavery rings. Clinton’s refusal to identify this terror group, as being such, transpired despite the urging of Nigeria’s government, the Justice Department and the CIA, FBI  and over a dozen congressmen and senators.

Please reread the symptoms of ASPD.  Every president in recent history, most of Congress and various “Weiners” such as Clinton, Feinstein, Spitzer and Geithner have ASPD and you are their victims.

Despite all my scandals, I will be the President in 2016!

Senator Feinstein entered the Senate with only a net worth of only about a million dollars. Today, because of her conflicts of interest involving her husband’s business interests and her insider trading, she is now worth $200 million dollars courtesy of the U.S. taxpayer. Additionally, she wants to shut down any justifiable criticism through her relentless proposals to control the internet.

In short, people of America, we are ruled by what used to be called psychopaths and you are their victims on an accelerated basis.

We wonder why things do not change. Why are we continuing to comply with these criminally mentally ill? These psychopaths are literally and figuratively driving the country crazy as proven by our skyrocketing rates of mental illness among the general population.

Isn’t it time that we begin to impose standards of moral conduct such as when you are caught with a prostitute, that you are ineligible to run for public office? Shouldn’t the murder of Ambassador Stevens at Benghazi be enough to keep co-conspirator Hillary Clinton from becoming the President of the United States? Yet, she is the heir apparent in 2016. When one publicly exposes themselves before God and country, shouldn’t this prohibit this person from becoming a mayor?

And to the sheep of America, don’t your children deserve better than to be ruled over by a bunch of perverted psychopaths? These actions are not the exception, they are the norm (see Feinstein, Pelosi, Reid, etc.)