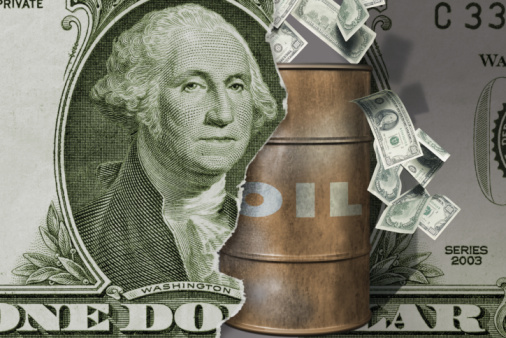 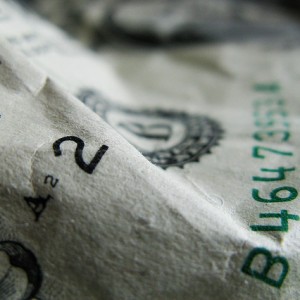 Is the petrodollar monopoly about to be shattered?  When U.S. politicians started slapping economic sanctions on Russia, they probably never even imagined that there might be serious consequences for the United States.  But now the Russian media is reporting that the Russian Ministry of Finance is getting ready to pull the trigger on a “de-dollarization” plan.  For decades, virtually all oil and natural gas around the world has been bought and sold for U.S. dollars.  As I will explain below, this has been a massive advantage for the U.S. economy.  In recent years, there have been rumblings by nations such as Russia and China about the need to change to a new system, but nobody has really had a big reason to upset the status quo.  However, that has now changed.  The struggle over Ukraine has caused Russia to completely reevaluate the financial relationship that it has with the United States.  If it starts trading a lot of oil and natural gas for currencies other than the U.S. dollar, that will be a massive blow for the petrodollar, and it could end up dramatically changing the global economic landscape.

The fact that the Russian government has held a meeting to discuss “getting rid of the US dollar in Russian export operations” should be front page news on every mainstream news website in the United States.  That is how big this is.  But instead, we have heard nothing from the big mainstream news networks about this so far.  Instead, we have only heard about this from Russian news sources such as the Voice of Russia…

According to the Prime news agency, on April 24th the government organized a special meeting dedicated to finding a solution for getting rid of the US dollar in Russian export operations. Top level experts from the energy sector, banks and governmental agencies were summoned and a number of measures were proposed as a response for American sanctions against Russia.

The “de-dollarization meeting” was chaired by First Deputy Prime Minister of the Russian Federation Igor Shuvalov, proving that Moscow is very serious in its intention to stop using the dollar.

So will Russia go through with this?

After all, this wouldn’t just be a slap in the face.  This would essentially be like slamming an economic fist into our nose.

If Russia starts asking for payment in currencies other than the U.S. dollar, that will essentially end the monopoly of the petrodollar.

In order to do this, Russia will need trading partners willing to go along.  In the article quoted above, the Voice of Russia listed Iran and China as two nations that would potentially be willing to make the switch…

Of course, the success of Moscow’s campaign to switch its trading to rubles or other regional currencies will depend on the willingness of its trading partners to get rid of the dollar. Sources cited by Politonline.ru mentioned two countries who would be willing to support Russia: Iran and China. Given that Vladimir Putin will visit Beijing on May 20, it can be speculated that the gas and oil contracts that are going to be signed between Russia and China will be denominated in rubles and yuan, not dollars.

And the reality of the matter is that China has seemed ready to move away from the U.S. dollar for quite some time.  In a previous article, I included a quote from a French news source that discussed how China’s official news agency has even called for a “new international reserve currency… to replace the dominant US dollar”…

For decades the US has benefited to the tune of trillions of dollars-worth of free credit from the greenback’s role as the default global reserve unit.

But as the global economy trembled before the prospect of a US default last month, only averted when Washington reached a deal to raise its debt ceiling, China’s official Xinhua news agency called for a “de-Americanised” world.

It also urged the creation of a “new international reserve currency… to replace the dominant US dollar”.

For much more on what China is thinking, please see my previous article entitled “9 Signs That China Is Making A Move Against The U.S. Dollar“.

So why is the petrodollar so important?

Well, it creates a tremendous amount of demand for the U.S. dollar all over the globe.  Since everyone has needed it to trade with one another, that has created an endless global appetite for the currency.  That has kept the value of the dollar artificially high, and it has enabled us to import trillions of dollars of super cheap products from other countries.  If other nations stopped using the dollar to trade with one another, the value of the dollar would plummet dramatically and we would have to pay much, much more for the trinkets that we buy at the dollar store and Wal-Mart.

In addition, since the U.S. dollar is essentially the de facto global currency, this has also increased demand for our debt.  Major exporting nations such as China and Saudi Arabia end up with giant piles of our dollars.  Instead of just letting them sit there and do nothing, those nations often reinvest their dollars into securities that can rapidly be changed back into dollars if needed.  One of the most popular ways to do this has been to invest those dollars in U.S. Treasuries.  This has driven down interest rates on U.S. debt over the years and has enabled the U.S. government to borrow trillions upon trillions of dollars for next to nothing.

But if the rest of the world starts moving away from the U.S. dollar, all of this could change.

In order for our current standard of living to continue, it is absolutely imperative that everyone else around the globe continues to use our currency.

So if Russia really does pull the trigger on a “de-dollarization” strategy, that would be huge – especially if the rest of the planet started following their lead.

The U.S. economy is already teetering on the brink of another major downturn, and there are a whole host of indications that big trouble is on the horizon.  For much more on this, please see the article that I posted on Monday entitled “If Economic Cycle Theorists Are Correct, 2015 To 2020 Will Be Pure Hell For The United States“.

Just about the last thing that we need right now is for our petrodollar monopoly to be threatened.

It would be nice if things would calm down in Ukraine and the relationship between the United States and Russia could go back to normal.

Sadly, that does not appear likely any time soon.

In fact, the Ukrainian government has already admitted that “we are essentially at war“, and on Tuesday six Ukrainian soldiers were killed and eight were wounded in a convoy attack in eastern Ukraine.

The regions in eastern Ukraine that have just declared independence have given the government in Kiev until Wednesday to pull their forces out of eastern Ukraine or else face war.

If a full blown civil war does erupt in Ukraine, it is going to take this crisis to a completely new level.

Unfortunately, most Americans are incredibly apathetic at this point and know very little about what is going on.

But in the end, this could have dramatic implications for all of us.