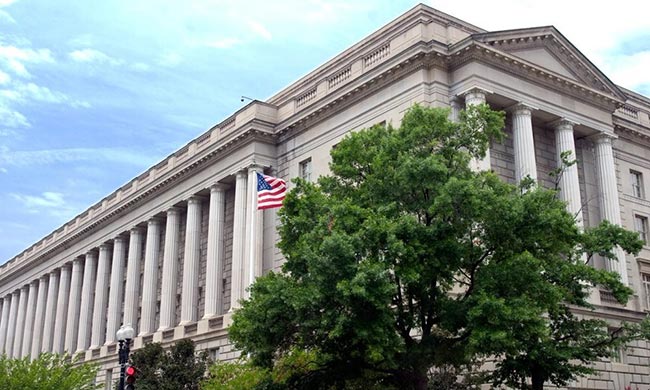 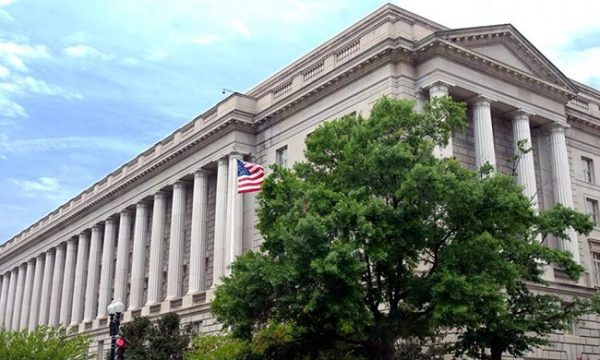 Remember when the story about the “phony” IRS scandal broke last year, and the Obama administration placed the blame on a few rogue employees in an IRS office in Ohio?

New emails, released by Judicial Watch on Wednesday, show that IRS headquarters in D.C. were actually in control of the targeting of Tea Party and conservative groups – and prove that the Obama administration lied when it tried to pin the scandal on that small local office in Cincinnati.

Here’s a timeline of events over the last year:

On May 10, 2013, Lois Lerner, who was IRS director of Exempt Organizations at the time, said that the targeting of Tea Party and conservative groups was “absolutely inappropriate” and the actions by “front-line people” were not driven by partisan motives.

Then, four days later, Obama issued the following statement about the targeting:

I have now had the opportunity to review the Treasury Department watchdog’s report on its investigation of IRS personnel who improperly targeted conservative groups applying for tax-exempt status. And the report’s findings are intolerable and inexcusable. The federal government must conduct itself in a way that’s worthy of the public’s trust, and that’s especially true for the IRS.  The IRS must apply the law in a fair and impartial way, and its employees must act with utmost integrity. This report shows that some of its employees failed that test.

I’ve directed Secretary Lew to hold those responsible for these failures accountable, and to make sure that each of the Inspector General’s recommendations are implemented quickly, so that such conduct never happens again. But regardless of how this conduct was allowed to take place, the bottom line is, it was wrong. Public service is a solemn privilege. I expect everyone who serves in the federal government to hold themselves to the highest ethical and moral standards. So do the American people. And as President, I intend to make sure our public servants live up to those standards every day.

The next day, IRS Commissioner Steven Miller resigned. He was made aware of the inappropriate targeting on May 3, but did not disclose that information to Congress – not even during questioning in July.

On May 22, Lerner invoked her Fifth Amendment right to remain silent to avoid self-incrimination and refused to testify before a House committtee.

On January 9, 2014, it was revealed that the Department of Justice attorney leading the investigation was a donor to the president’s campaigns.

About a week later, the FBI announced that it had completed its “investigation” of the scandal and found no evidence to support criminal charges. That is particularly interesting, because normally during investigations, the victims are contacted for information. But out of the 41 conservative groups represented by the American Center for Law and Justice (ACLJ), only 10 were contacted by the FBI at all.

In early February, during a pre-Super Bowl interview with Bill O’Reilly of Fox news, Obama said that IRS targeting was the result of a few “bone-headed decisions out of a local IRS office”. He also blamed the news for bringing attention to the matter:

“I mean, these kinds of things keep on surfacing in part because you and your TV station will promote them.”

How dare the media alert the masses about corruption within government agencies!

Obama went on to say:

”Bill, when you look at the stuff, there have been multiple hearings on it. What happened here was that you’ve got a 501(c)4 law people think is confusing. The folks did not know how to implement it.”

How comforting. That comment in itself is alarming and is more evidence that the tax code is far too complicated and the IRS has grown into an out-of-control, unmanageable, and untrustworthy behemoth.

When O’Reilly asked if there was mass corruption within the IRS, Obama responded with a truly outrageous statement:

On May 7, Congress voted to hold Lerner in contempt of Congress for her refusal to testify.

Wednesday, Judicial Watch released a new batch of IRS documents that show the true origin of the IRS targeting. Hint: It wasn’t that small IRS office in Ohio:

Judicial Watch today released a new batch of Internal Revenue Service (IRS) documents revealing that its handling of Tea Party applications was directed out of the agency’s headquarters in Washington, DC. The documents also show extensive pressure on the IRS by Senator Carl Levin (D-MI) to shut down conservative-leaning tax-exempt organizations. The IRS’ emails by Lois Lerner detail her misleading explanations to investigators about the targeting of Tea Party organizations.

A series of emails from July 2012 are especially damning, as Judicial Watch reports:

One key email string from July 2012 confirms that IRS Tea Party scrutiny was directed from Washington, DC. On July 6, 2010, Holly Paz (the former Director of the IRS Rulings and Agreements Division and current Manager of Exempt Organizations Guidance) asks IRS lawyer Steven Grodnitzky “to let Cindy and Sharon know how we have been handling Tea Party applications in the last few months.”  Cindy Thomas is the former director of the IRS Exempt Organizations office in Cincinnati and Sharon Camarillo was a Senior Manager in their Los Angeles office. Grodnitzky, a top lawyer in the Exempt Organization Technical unit (EOT) in Washington, DC, responds:

“EOT is working the Tea party applications in coordination with Cincy. We are developing a few applications here in DC and providing copies of our development letters with the agent to use as examples in the development of their cases. Chip Hull [another lawyer in IRS headquarters] is working these cases in EOT and working with the agent in Cincy, so any communication should include him as well. Because the Tea party applications are the subject of an SCR [Sensitive Case Report], we cannot resolve any of the cases without coordinating with Rob.”

The reference to Rob is believed to be Rob Choi, then-Director of Rulings and Agreements in IRS’s Washington, DC, headquarters.

Another email string from February – March 2010 includes a message from a California EO Determinations manager discussing a Tea Party application “currently being held in the Screening group.” The manager urges, “Please let ‘Washington’ know about this potentially embarrassing political case involving a ‘Tea Party’ organization. Recent media attention to this type of organization indicates to me that this is a ‘high profile’ case.”  A co-worker responds: “I think sending it up here [DC] is a good idea given the potential for media interest.”

The documents also included a presentation about “heightened awareness issues” that specifically referenced the Tea Party as an “emerging issue” that triggers scrutiny for organizations requesting tax-exempt status.

“These new documents show that officials in the IRS headquarters were responsible for the illegal delays of Tea Party applications. It is disturbing to see Lois Lerner mislead the IRS’ internal investigators about her office’s Tea Party targeting.  These documents also confirm the unprecedented pressure from congressional Democrats to go after President Obama’s political opponents.  The IRS scandal has now ensnared Congress.”

It is up to Attorney General Eric Holder to take any action against Lerner for her lies, but some say she should be granted immunity from prosecution in exchange for her testimony.

As disturbing as all of this is, Heritage legal expert Hans von Spakovsky has released a new paper that exposes potentially worse news. Von Spakovsky explains new regulations the IRS has proposed. He explained that the proposed rules would:

So, let’s summarize what we have going on here:

Whether or not this information results in any legal action or reforms remains to be been, but we probably shouldn’t count on it.