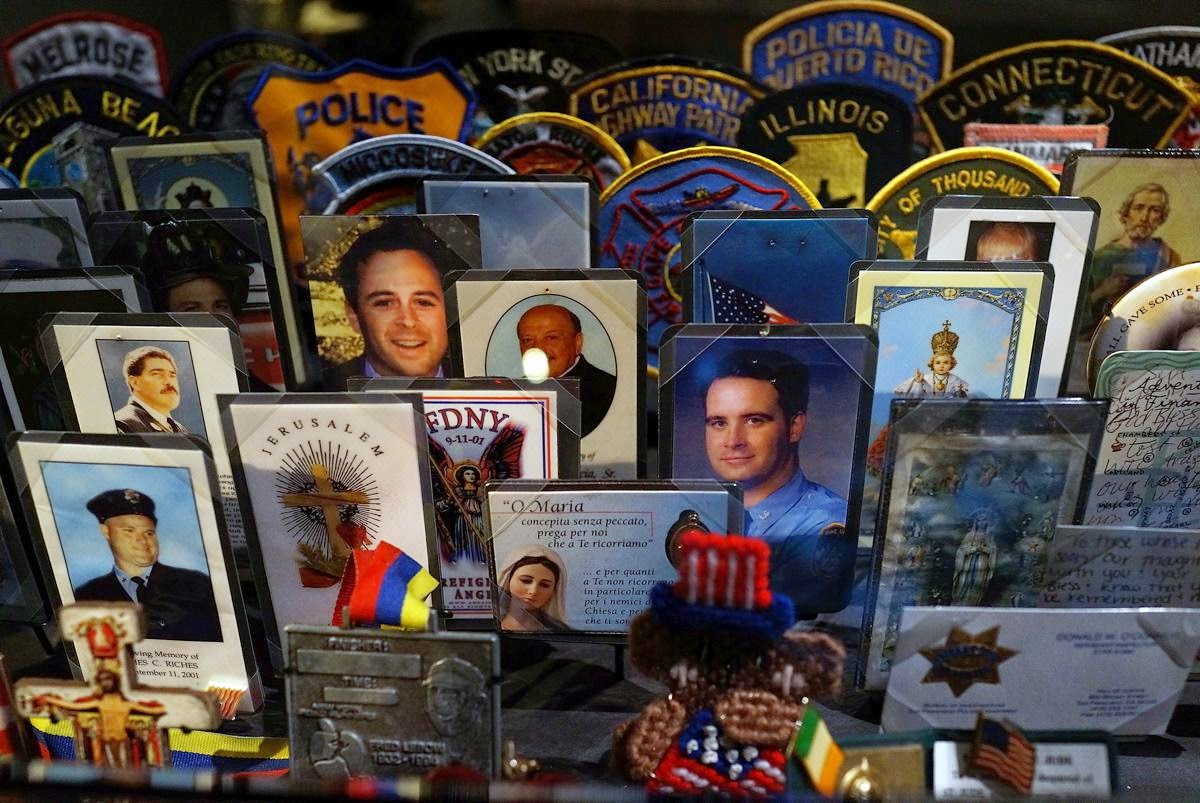 ‘He’ had NO business being there as far as I’m concerned and yet he was. The man who sides with those who brought the buildings down spoke of courage, bravery, and profound loss but nary a tear was in his eyes. Betrayal of America echoes deep within his soul yet ‘he’ was there amongst those left behind.

Built upon the foundation of the once tall and proud Twin Tower complex…the World Trade Center…the museum houses 12,500 objects, 1,995 oral histories, and 580 hours of film and video that takes one back to the day America changed forever. Emotions run raw as the terrible memories of the attacks resurface, and tears are once again shed for my two friends forever encased in now sacred grounds.

Two of the steel trident columns that were the signature features of the Twin Towers beckons one to enter a nightmare world of the remnants of destruction, sadness, and anger. Photos of the fallen look down with haunting eyes…lives lost for NO other reason than they were Americans or friends of America. Mothers and fathers NEVER to see their children grow up…children NEVER to hear their parents voices again or get a good night kiss as they drift off to sleep…brothers and sisters torn apart only to be reunited in Heaven…aunts, uncles, cousins, or in my case, friends…NEVER to walk the Earth again but in our hearts forever.

Most of the museum is deep underground down a long flight of stairs, down a winding ramp to the bedrock 70 feet below street level…down to the original foundation of the Twin Towers…down to the heart of Ground Zero…down to hell on Earth. And on a wall for all to see is the original plaque by Minoru Yamasaki, the architect of the Twin Towers, in which he declares the buildings “a monument to world peace.”

A monument to world peace NO more for this is now a monument…a testament…to 3,000 souls lost on a sunny day almost 13 years ago when islam…YES islam… declared war on America on American soil with an act of terror…of horror… unbeknownst to us before.

And within the footprints of where the Twin Towers once mightily soared, reaching up high and touching the sky, now two granite pools glisten and reflect in the sunlight as they capture the tears of both ghosts and those so suddenly left behind.

And all around are memories in things they left behind…photographs, wallets, articles of clothing, a wedding ring, a victim’s voice mail message, books, even the fire truck of the fallen first responders is there to see…everyday things…personal things that tell the story of the ghosts that will forever walk amongst us.

And saddest of all here deep underground lies for all eternity the remains of 1,100 victims…my two friends amongst them…NOT victims but heroes that were NEVER identified…buried together as of one heart so they would NOT rest alone.

But one miracle stands amongst the memories left behind for all to see…a simple cross of steel…a sign from God given that fateful day…a sign to help dry the tears of a country’s heart deeply broken to its core.

And as a sense of sadness prevails over all…as voices speak in hushed tones…islam once again has defiled sacred ground with pictures of the terrorists displayed for all to see. A part of that day’s history that cannot be denied yet a part of history that brings more pain to those sadly left behind.

A place of healing this museum hopes to be…a place for patriotism to shine like how it did as the embers of the fires died when Americans put aside their differences and became one nation…as we looked to God and collectively asked Him why. 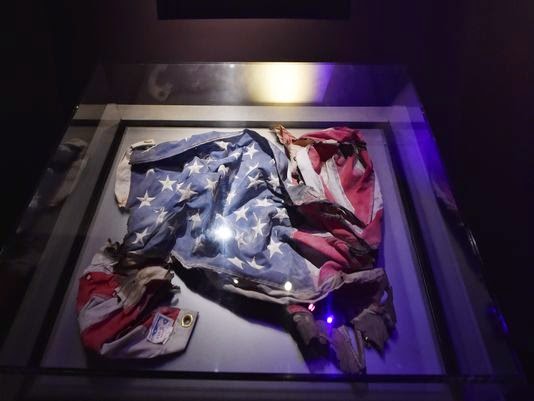 And in those moments when one is lost in solitude while standing amongst the crowds…when a few stolen moments of peace surface when happiness in memories is found…a sad mixture of emotions will forever hover over all, for in our collective consciousness the pain of a deep wound will NEVER really heal for it will be ripped open once again as our beloved America continues to forget the one great lesson of that fateful day…the lesson of Americans standing hand-in-hand together as one against an enemy spawned from deep within the bowels of hell…an enemy that has morphed and remains to this day.

And ‘he’ was there acting as if he cared…but truth be told ‘he’ had NO business being there.