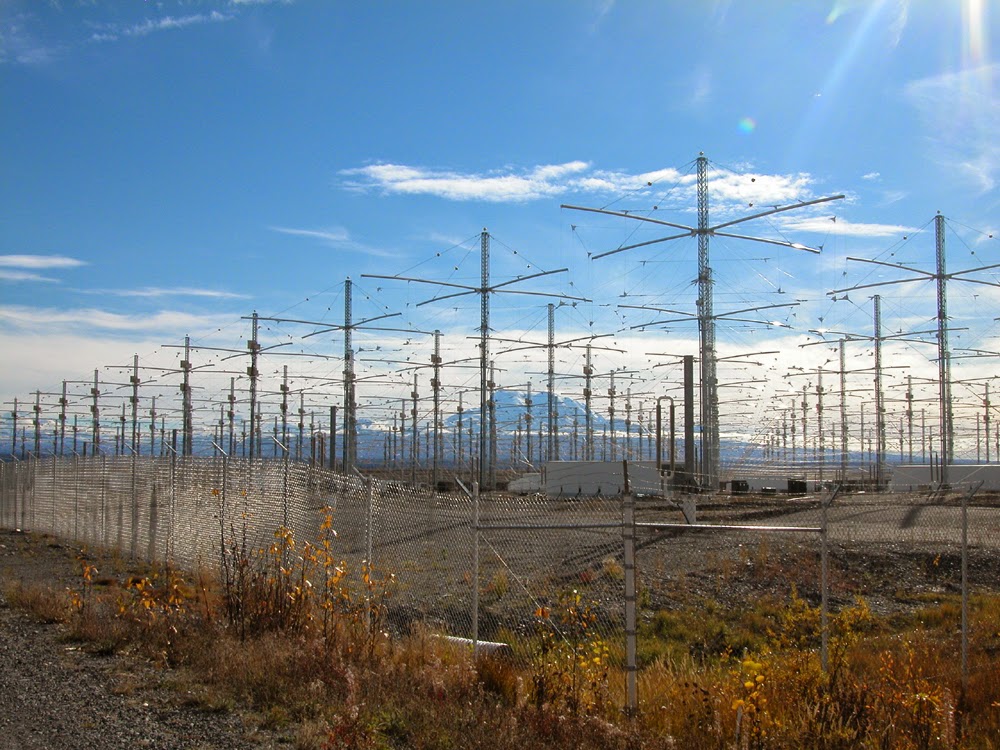 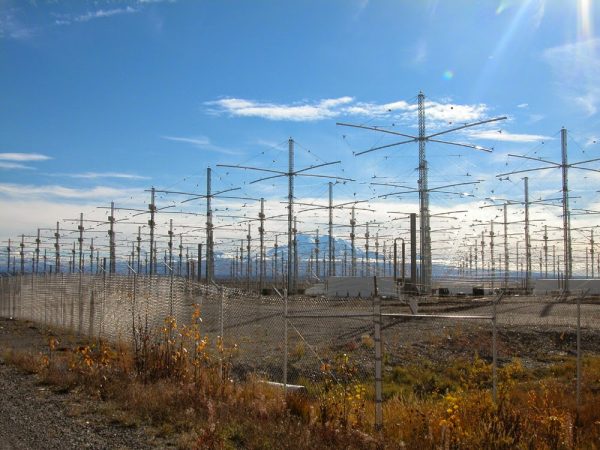 The most damning aspersion that can be lobbed against any person, or the exposure of “secret government activity,” overwhelmingly is “Conspiracy Theorist.” That pejorative ‘handle’ is equated with imbecile mind-activity with aspersions often suggested as ‘tin hat wearers’. Well, step aside all you doubters and listen up carefully to what took place in the halls of Congress on May 14, 2014 regarding the weather modification system known as HAARP. In the YouTube below Senator Lisa Murkowski (R-Alaska) asks some pointed questions about HAARP. However, readers may not be surprised at the answers, but the mainstream media ought to be wiping oodles of egg yolk from its collective face.In the report “Air Force Admits Weather Control via HAARP and New Tech,” David Walker, Deputy Assistant Secretary of the Air Force for Science, Technology and Engineering, very-matter-of-factly states that they took over from the Navy and will be moving on…

to managing the ionosphere, what the HAARP was really designed to do, to inject energy into the ionosphere to be able to actually control it… [CJF emphasis added]

Furthermore, the U.S. Air Force intends to dismantle the High Frequency Active Auroral Research Program (HAARP) in Gakona, Alaska, by or during the summer of 2014! [1]

Built at a cost of more than $290 million, the site has 180 antennas on 30 acres that are used to direct energy into the ionosphere, which is 55 miles to 370 miles above the Earth, and monitor changes in the flow of charged particles. Stevens was the godfather of HAARP, which he helped start two decades ago with annual earmarks slipped into the defense budget. [1]

It seems that no research facility can be found to take over the HAARP Alaska facility. Could that be an indication that the weather modification system is regarded unfavorably? I find that as a possibility and extremely interesting, especially in view of all the technology that was invested and built into it. If no one wants to continue operating HAARP, will the State of Alaska be interested in it for education research purposes? But then, maybe HAARP-at-sea-ships, i.e., the Tesla Weapon Platform SBX-1, probably will be the most effective ‘on-site’ HAARP facility rather than one remotely stationary on land.However, there are numerous HAARP facilities in other countries around the globe that the Tesla Weapon Platform SBX-1 possibly could interact with. But then, we have to wonder what Assistant Secretary Walker was referring to when he stated that they got out of HAARP Alaska what they wanted and were moving on…moving on to what? May 2nd, 2014, I published “What’s With the Weather and Chemtrails?”  Readers may want to review in light of the latest “bombshell” acknowledgement by Walker at a Congressional hearing. Conspiracy theories and theorists truly have been vindicated about HAARP.Knowing the dogged research we, who are proclaimed ‘tin hat theorists’, perform and circulate, this writer feels extremely confident that other information regarded as ‘conspiracy theories’ about vaccines and other ‘sacred cow’ secrets also will be vindicated at some forthcoming date—just when, who knows—since it all depends upon who has the integrity to stand up and tell the facts of what’s been going on that the U.S. media, press, TV, and controllers won’t permit be made public until it’s too late to get objection going to stop the destruction of the planet and humankind. It’s graduation time, theorists. Throw your tin hats into the air and let them fall wherever they may land. Hopefully, they will land on some mainstream media journalists’ heads so they can wear them and become empowered to tell the facts of what’s really going on. Notes: [1] http://www.adn.com/2014/05/14/3470442/air-force-prepares-to-dismantle.html?sp=/99/100/&ihp=1 Catherine J Frompovich (website) is a retired natural nutritionist who earned advanced degrees in Nutrition and Holistic Health Sciences, Certification in Orthomolecular Theory and Practice plus Paralegal Studies. Her work has been published in national and airline magazines since the early 1980s. Catherine authored numerous books on health issues along with co-authoring papers and monographs with physicians, nurses, and holistic healthcare professionals. She has been a consumer healthcare researcher 35 years and counting.