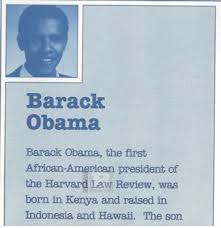 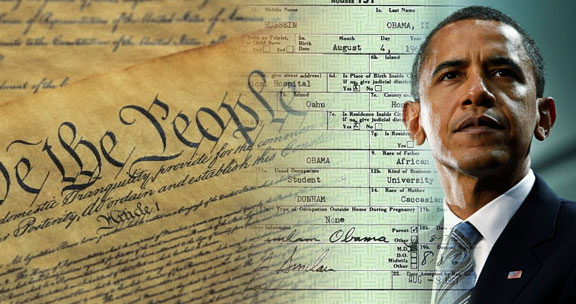 I am a big fan of the late Andrew Breitbart and Breitbart.com, but the search for the truth always comes first with me.

I have been labeled a “birther” by some and I suppose the label fits. However, unbeknownst to some, I really do not know with 100% certainty that Barack Obama was born in Kenya, Hawaii or anywhere else. I simply want the truth and I want the story investigated by those with the resources to get to the truth. As bloggers we work with what we have, but we do not have the contacts and financial resources of those who could truly make a difference.

The frustration of being a “birther” is that we receive almost zero support from the mainstream media or our elected servants. It is not that we have not consistently voiced our concerns. It is simply that no one seems to listen.

We elected Obama again in 2012. So why does this story still matter? Because the truth always matters for starters. But secondly, if Barack Obama was never eligible to be president, this certainly is one of the biggest con jobs in world history.

How could that not matter?

Orly Taitz recently revealed some information that was procured through her dealings with former Breitbart.com journalist Charles Johnson. If her account is factual then it would be a serious indictment of this popular news organization. It goes beyond ignoring the facts to a unthinkable realization of purposely covering them up.

After the presentation Johnson answered questions from the public

Johnson revealed that early on Andrew Breitbart hired him to disprove birther claims, to show that birthers are lying and Obama is eligible for presidency.  Johnson, an accomplished  investigative journalist, engaged in extensive research and found that Taitz and others are correct, that birther claims are true, that  Obama is indeed a fraud and using all bogus IDs. Johnson went back to Breitbart and other editors of Breitbart.com advising them that birther claims are 100% correct and they should write about it. Breitbart.com editors refused to write about it as they were afraid of persecutions by the IRS and other government agencies.

So, Johnson confirmed at a public meeting that Breitbart.com, which fashions itself  as a political dissident publication, was as complicit in the cover up of the biggest fraud in the US history, as the other main stream media publications, high ranking officials and a number of  judges.

This is not the first story we have heard like this. We heard a similar story about Fox News last year:

There was someone within Fox News…who actually went to Sheriff Arpaio and Mike Zullo [the leader of Arpaio’s Cold Case Posse team investigating Obama’s phony birth certificate and strange Connecticut-issued Social Security number] and said: “I am very sorry. I have tried to get Fox News to tell the truth on this. I have looked at your evidence that you presented at your press conferences. I know you have the goods on President Obama. I know that he has multiple cases of document fraud that can be proven in a court of law. I wanted Fox to run a story on that, and they said ‘Absolutely no way.’ So I am here to apologize to you because my network will not tell the truth.”

Both of these cases are hearsay and nothing can be proven without further evidence and testimony from witnesses. However, what we do know if that Fox and Breitbart have been, for the most part, silent about birther issues. Breitbart did release the bombshell from the book publisher. That was huge.

But it was also not released until May of 2012. Maybe they were trying to make up for ignoring the issue in the past. No one can know for sure, but by 2012 a lot of damage had already been done by this administration.

Breitbart.com and Fox News are organizations that deal in large advertising revenue. They are big business. Maybe this is the biggest clue as to what may or may not be true.

If running certain stories would alienate either advertisers or readers then the wise financial decision might be to not run the stories.

That is not journalism. That is business.

Not at all, but it is how big business works. Here at The D.C. Clothesline there is no big revenue. We alienate some readers and gain others. That’s why we will likely never be as big as Breitbart.com or Fox News or any other top rated news site. I don’t care about reporting only what you want to hear. I am interested in the truth. Sometimes we have to ask the tough questions that the mainstream sources won’t and sometimes that is very uncomfortable.

The search for the truth can be painful to all of us.

But the truth must come out.