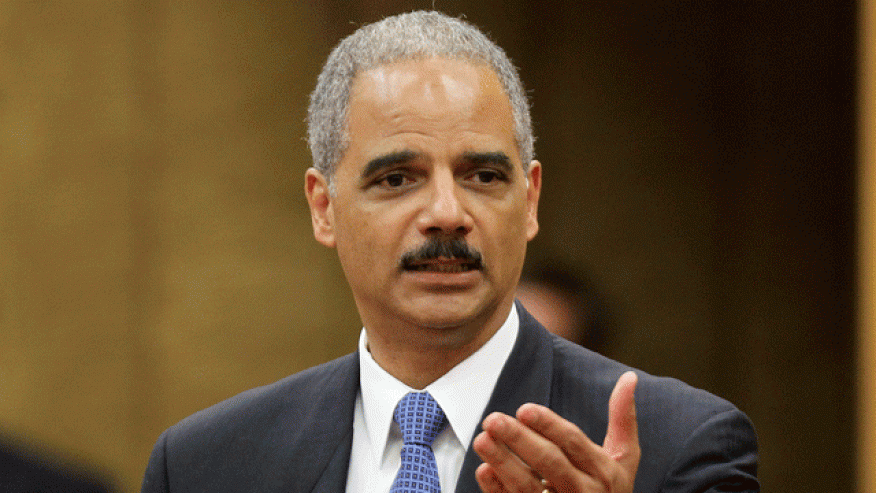 If you oppose gun control, you aren’t fooling Attorney General Eric Holder one little bit. You are clearly a racist, and he knows it.

Attorney General Eric Holder, who has suggested that critics of the Obama administration are motivated by race and referred to America as a “nation of cowards“ on race issues while blasting Americans who resist more gun control laws, suggested that those opposed to President Barack Obama’s policy agenda of “fundamental transformation” are quietly prejudiced.

In his Saturday commencement address at Morgan State University, a historically black university in Maryland, Holder said that even though there are no more “separate but equal” laws on the 60th anniversary of the Brown v. Board of Education decision, the “vestiges of state-sanctioned discrimination continue to reverberate across the country even today.”

He said America is done a disservice when they “trade the noisy discord of honest, tough, and vigorous debate for the quiet prejudice of inaction – and the cold silence of consent.” To Holder, dialogue is insufficient to address the “hidden” racism in society but is “a necessary first step that must lead to action.”

After comparing Obamacare to the Civil Rights Act of 1965, Holder suggested that those opposed to Obama’s “year of action” are silently displaying their prejudices and suggested that “action” is needed in voting rights, school discipline, and criminal justice reform. He blasted voter ID laws and “zero-tolerance school discipline practices” that “affect black males at a rate three times higher than their white peers.” The Justice Department’s school guideline reforms have been heavily criticized for effectively forcing schools to enact “de facto racial quotas” in school discipline. (source)

So basically, what it boils down to is that if you are white and you disagree with President Obama on anything, it means that you hate black people.  It means that if you are in charge of students at a public school, and you punish a black student, then you must immediately seek to punish a white student.  Because…quotas, duh.

Even those who condemn comments that are considered to be racist in nature, are actually, according to Holder, racist themselves.

Even though there was near universal condemnation for Donald Sterling’s and Cliven Bundy’s comments about black Americans, Holder said that was not good enough because the public outrage merely masks “hidden” racism in society.

“But we ought not find contentment in the fact that these high-profile expressions of outright bigotry seem atypical and were met with such swift condemnation,” he said. “Because if we focus solely on these incidents – on outlandish statements that capture national attention and spark outrage on Facebook and Twitter – we are likely to miss the more hidden, and more troubling, reality behind the headlines.” (source)

So, face reality, my friends.  You’re a racist, I’m a racist, everyone’s a racist. And this is how race wars start.  Seems intentional, right? What better way to institute martial law than to crack down on blacks and whites rioting and battling in the streets?

Anyway, let me make sure I understand this correctly: the AG doesn’t seem to be too keen on white people?  Is he…could he be…oh my gosh, does this mean that Eric Holder is a racist too?