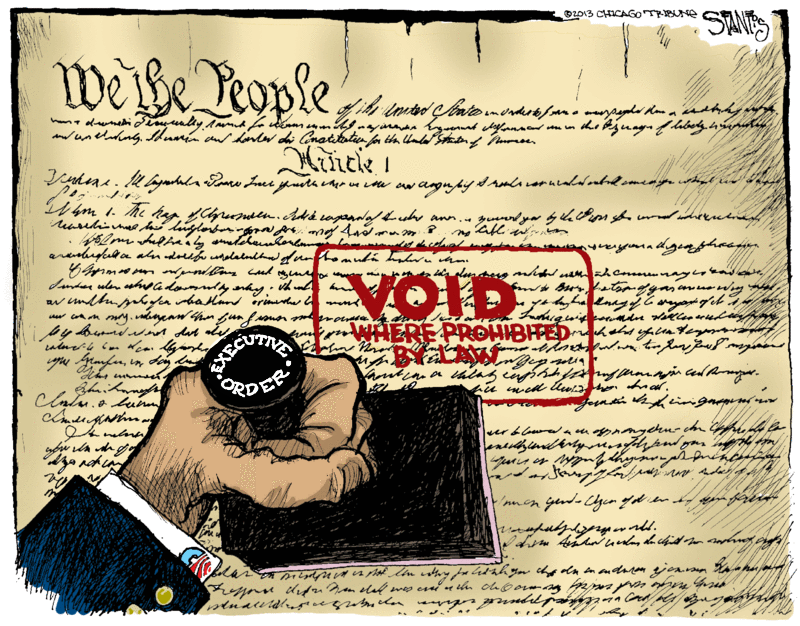 But did he really save it – or did he doom it?

Many legal experts have disputed the classification of that provision of Obamacare as a “tax” – the ACA itself refers to it as a “penalty”.

Ilya Shapiro, an attorney and senior legal fellow at the Cato Institute, calls the a tax a “‘unicorn tax,’ a creature of no known provenance that will never be seen again.” In a column for Forbes, Shapiro explains that the tax that Justice Roberts “invented” is unconstitutional based on the Origination Clause:

Article I, Section 7, Clause 1 says: “All bills for raising revenue shall originate in the House of Representatives; but the Senate may propose or concur with amendments as on other bills.” This clause was put in to ensure that that most awesome federal power was lodged in the political body most sensitive to public opinion.

While the Origination Clause doesn’t apply to situations where the Senate creates a government program and then institutes taxes to pay specifically for that program, the Obamacare tax isn’t earmarked to pay for anything in particular. Similarly, taxes that are “analogous to fines” are exempt from the clause’s requirements, in that they enforce compliance with a law passed under one of Congress’s other enumerated powers—not the taxing power—but John Roberts foreclosed that interpretive option here.

In other words, Obamacare violated the Origination Clause because the entire language of the bill originated in the Senate – not the House, as required for all bills that raise revenue.

George Will explained the background of the bill and how it was modified:

In October 2009, the House passed a bill that would have modified a tax credit for members of the armed forces and some other federal employees who were first-time home buyers — a bill that had nothing to do with health care. Two months later, the Senate “amended” this bill by obliterating it. The Senate renamed it and completely erased its contents, replacing them with the ACA’s contents.

Case law establishes that for a Senate action to qualify as a genuine “amendment” to a House-passed revenue bill, it must be “germane to the subject matter of the House bill.” The Senate’s shell game — gutting and replacing the House bill — created the ACA from scratch. The ACA obviously flunks the germaneness test, without which the House’s constitutional power of originating revenue bills would be nullified.

In addition, the U.S. Supreme Court ruled the individual mandate to purchase health insurance could only be constitutional, if at all, under Congress’s power to tax.

These arguments were presented to the U.S. Court of Appeals for the D.C. Circuit on May 8 by Pacific Legal Foundation attorney Tim Sandefur in Sissel v. Department of Health & Human Services. This lawsuit was brought by an Iowa artist and small-business owner who neither has nor wants health insurance, preferring to invest his limited resources in his business.

PLF is currently awaiting for the appeals court decision on this case.

And they aren’t the only ones who are taking legal action against the ACA: last Friday, Congressman Trent Franks and 42 of his colleagues filed an amicus brief in the U.S. Court of Appeals for the 5th Circuit in New Orleans, in the case of Steven Hotze, M.D. v. Kathleen Sebelius.

A press release was published on Franks’ website. Here is an excerpt:

The 30-page congressional brief traces the historical foundation of the Origination Clause demonstrating that the chamber closest to the people and elected every two years has the sole power to originate revenue raising bills. Last fall, Congressman Franks and his colleagues filed a similar brief in the related case of Sissel v. HHS in the D.C. Circuit which was heard last week and which Mr. Franks attended.

Congressman Franks issued the following statement: “If the Senate can introduce the largest tax increase in American history by simply peeling off the House number from a six-page unrelated bill, which does not even raise taxes, and pasting it on the ‘Senate Health Care Bill,’ and then claim with a straight face that the resulting bill originated in the House, then the American ‘rule of law’ has become no rule at all.”

What should we expect the outcome of these legal actions to be?

Shapiro is not optimistic:

I have no illusions that the hostile judicial panel will enforce this (or any) limitation on federal power — Barack Obama’s gambit to pack the D.C. Circuit is already paying dividends — but Sissel keeps open yet another front in the ideological battle of our time: are we to enforce the Constitution’s structural provisions (which stand in the way of much of the progressive project) or relegate our founding document to the status of a relic under glass that we observe in the breach.

Polls consistently show that the majority of Americans oppose the ACA. In a recent Pew Research poll, 80% of opponents said a major reason they disapprove of the law is “too much government involvement in health care”.

Surely more lawsuits will be filed, but to what end? Is Obamacare here to stay, or will it somehow be repealed?