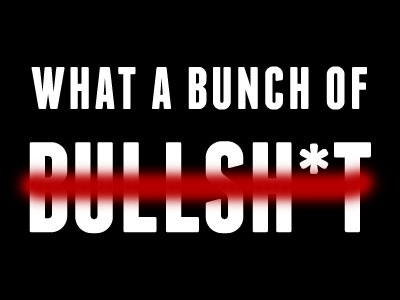 The Daily Mail is reporting that two young adults were recently ticketed in the Detroit suburb of Brighton, Michigan for cursing.

The city’s police chief has instructed his officers to enforce a Brighton ordinance that bars anyone from using language which would cause quote, “a breach of the peace”.

Not only that, but each ticket comes with a $200 price tag.

A Michigan teen was issued a $200 ticket last month for swearing near a playground in a town that has made it against the law to use foul language.

Colin Anderson, 19, of Brighton, was given the citation after saying ‘this is f*****g bulls**t’ after an officer issued a summons to one of his friends for cursing near a playground.

Brighton Police Chief Tom Wightman told the Livingston County Daily Press & Argus that the teenagers received the notices after he instructed police to crack down on disorderly conduct, which he said includes swear words.

‘“It’s when they misbehave, it becomes an issue,’ he said. ‘We’re going to be watching.’

The group was hanging out near the Imagination Station Playground, but said that no children heard their salty language.

…‘That’s what gets on our radar, their behavior,’ said Wightman, adding that city ordinances prohibit language that causes ‘a breach of the peace.’

The dirty language was used in the ‘immediate vicinity of a municipal playground occupied by very young children,’ he told the paper.

Wightman issued a stern warning for the youth of his small city in the suburbs of Detroit.

‘Older teens and young adults who choose to ‘hang out’ near the children’s area need to know that their conduct will be carefully scrutinized.’ [emphasis added]
(source)

Excuse my language, but that really is a bunch of bullsh*t.

Because we live in America, and here, our First Amendment rights are supposed to be recognized as spelled out in the Bill of Rights. Laws which restrict what you say based on whether or not it “breaches the peace” — a nebulous charge at best which can be interpreted a multitude of different ways based on how one determines what constitutes “peace” — aren’t just a politically correct slippery slope to a dystopic police state hell, they are straight up unconstitutional.

Regardless of whether or not the intentions are good, fining someone for potentially verbally ‘offending’ someone else with their language is a violation of the constitution. Period.