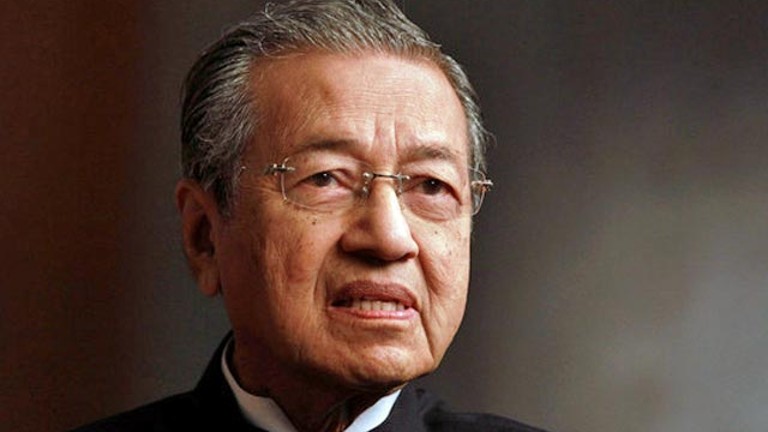 In a post on his blog, he wrote, “What goes up must come down. Airplanes can go up and stay up for long periods of time. But even they must come down eventually. They can land safely or they may crash. But airplanes don’t just disappear. Certainly not these days with all the powerful communication systems, radio and satellite tracking and filmless cameras which operate almost indefinitely and possess huge storage capacities.”

‘The plane is somewhere, maybe without MAS [Malaysia Airlines] markings,” he said, according to the Sydney Morning Herald.

“It is a waste of time and money to look for debris or oil slick or to listen for pings from the black box,” he wrote. The former Prime Minister listed 11 points in his blog post. He claims that the CIA or Boeing could have taken control of the Boeing 777.

“‘Clearly Boeing and certain agencies have the capacity to take over “uninterruptible control” of commercial airliners of which MH370 B777 is one,” he wrote. “The pilot of MH370 lost control of their aircraft after someone directly or remotely activated the equipment for seizure of control of the aircraft.”

“All the communications and GPS equipment must have been installed by Boeing,” Mohamad wrote. “If they failed or have been disabled Boeing must know how it can be done. Surely Boeing would ensure that they cannot be easily disabled as they are vital to the safety and operation of the plane.”

Time’s Barbara Tasch wrote, “No evidence has emerged to support his theory, one of many conspiracy theories that have proliferated since the plane disappeared. Authorities believe it crashed in the Indian Ocean and that no one survived.”

“Someone is hiding something. It is not fair that MAS and Malaysia should take the blame,” he concluded. “For some reason, the media will not print anything that involves Boeing or the CIA.”

Dr Mahathir’s blog posts come after the current Malaysian Prime Minister Najib Razak described the location by satellite of purported MH370 debris in the Indian Ocean as ‘bizarre’ and ‘hard to believe’.

Mr Najib told CNN he did not believe it when he first heard about the critical satellite data on which the current search in the Indian Ocean is based on.

‘To be honest, I found it hard to believe,’ said the Prime Minister.

‘It’s a bizarre scenario which none of us could have contemplated so that’s why when I met the team…of foremost experts in aviation industry I asked them again and again “are you sure?”‘

‘And their answer to me was we are as sure as we can possibly be.’

We’ve entertained many theories here at Freedom Outpost on Flight 370. We’ve even covered the fact that the Pentagon restricted all leave to Diego Garcia. To date, no debris from the aircraft has been found. This is one thing that Navy veteran and commercial airline pilot Kent Thelen told us would eventually emerge if the flight actually crashed.

So far, we do know several things and that is the released voice recording of Flight 370 was edited. Why? A Malaysian government official is on record claiming that the “plane was hijacked,” and 11 Islamists have been arrested in connection to the disappearance of Flight 370.

Mohamad may just be shooting in the dark, or perhaps he may just be onto something. Is this out of the realm of possibility for the CIA or Boeing? Feel free to comment below.