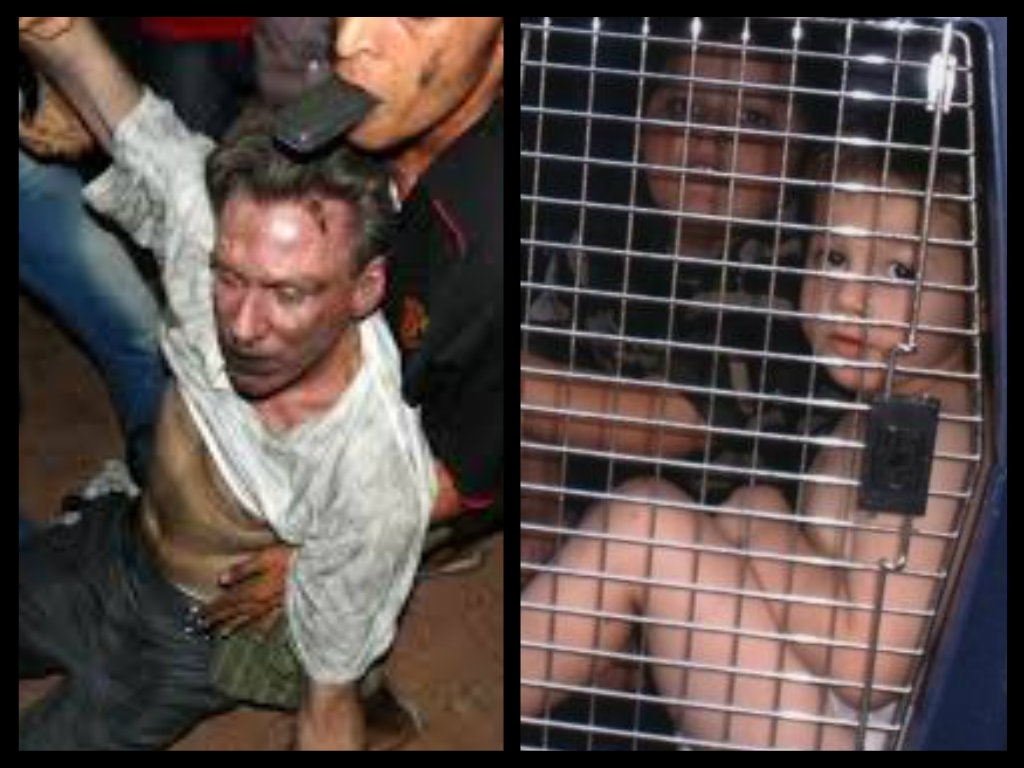 On May 1, 2014, Tosh Plumlee told Alex Jones and his audience that he has firsthand knowledge of US gun running and ancillary drug running to support Black Ops operations in the Middle East. This is the same exact pattern which was utilized to fuel the Iran-Contra Affair in which the Russian backed Sandinistas would be opposed by the Contra using funds derived from CIA basked drug operations which led to the rise of drug-related street gangs in South Central LA. The implication is that the same thing was going on at the time of Ambassador Stevens death in that Stevens was running guns to al-Qaeda.

Please, Mr. Plumlee, tell us something that we do not know! Mr. Plumlee, I printed the same allegations in November of 2012.  Where have you been? The admission, of a former insider, that guns were being run to al-Qaeda, reveals nothing new. This is the equivalent of  rubber necking motorists passing by an accident and a police officer says “move along, there is nothing to see here”. By admitting to what we already know to be true, Plumlee, in my humble opinion, is conveying the message that there is nothing else to learn about the death of Stevens as it was a gun running operation, period!  This is just not true. This article will reveal new insider information that there is a lot more to learn about the goings on at Benghazi and how it will shake this country to the core once the details are known.

My sources tell me that this same CIA pattern, that was in play in Libya at the time of Stevens death, was followed and perfected with the Fast and Furious Drug and Gun running operation that the Department of Justice oversaw as it ran American guns into Mexico in order to bolster the drug operations of certain Mexican drug cartels. The subsequent profits from the drug money are skimmed off the top and used for Black Operations elsewhere in places like the Middle East where CIA operatives such as Chris Stevens were running guns to into Libya and Syria in order to promote a regime change.

Retired 4 Star Admiral James Lyons revealed  reveals that Benghazi was an off the books false flag operation that went bad. Supposedly, Lyons states that Stevens, unbeknownst to him, was to be kidnapped by jihadist extremists and Obama would negotiate a release of the Ambassador in exchange for the release of the known terrorist, Omar Abdel Rahman. However, according to the Admiral, the plot went bad and the Ambassador was killed. Admiral Lyons stated that this false flag was designed to boost Obama’s lagging ratings right before the 2012 election as Obama would endear himself to the American people by “saving” an American Ambassador from certain death. If anyone believes this disinformation, you will soon be knee deep in excrement. Right now, my stomach hurts from laughter. Lyon’s handlers better not quit their day jobs and begin writing Hollywood scripts as the core of this plot is not believable.

Admiral Lyons is clearly part of a damage control designed cover story if there was ever such a thing. As we all know, or should know is that Stevens was silenced at a time when many in the alternative media were questioning the penchant for the CIA to run guns and drugs to fund off the books and usually illegal operations. The gun running to al-Qaeda was already being discussed. And as has been revealed, extensively, Stevens was running guns and had to be silenced because there were too many questions being asked just three short months before the 2012 election.

My confidential sources tell me that wherever one finds gun running, they will also find drug running in order to fund the operation. However, as I am learning, there is a third element that is coming into play, and this element is being used to as an alternative source of funding for clandestine operations involving regime changer projects.

Please allow me to briefly reveal what I have discussed before.  All 50 CPS agencies are unified under HHS. Obamacare has provisions which micromanage child welfare and children can be seized for literally no reason whatsoever. Last year, I detailed how nearly 80 Wards of the state in Oklahoma simply went missing. The late State Senator from Georgia, Nancy Schaefer, showed us how CPS has been used to funnel kids into child sex trafficking. Child sex trafficking is big business. It is connected to the porno industry and snuff films. It is also connected to satanic rituals involving some of the elite (as per Brian Gerrish). And since I published the criminal activities involving the Virginia CPS, my sources have come forward and have informed me that this is the new version of Iran Contra. Drugs are still used to fund clandestine, regime change operations. Increasingly, as I am being told, a portion of child sex trafficking profits are being funneled into funding these same operations.

According to the same sources who accurately told me that Admiral Gayoutte and General Hamm were launching a rescue mission designed to save Chris Stevens when they were arrested by CIA personnel serving in their ranks.  By saving Stevens, Hamm could have leveraged this information to obtain an American regime change based on these explosive revelations. We know that much of the former military leadership in this country favor a regime change which remove Obama from power. Hence, the 260+ senior command officers that have been fired by Obama.

If one cares to do the research, I was reporting on these facts that Obama had survived a coup attempt at this time. A few months later, people like Glenn Beck decided they would publish similar information after criticizing me a few months earlier for printing what they would eventually publish. These same insider sources are telling me that child sex trafficking was helping to support the arming of the rebels in Libya and Syria. Yes, I am saying that General Hamm was part of plot which would have brought down Obama and Clinton in one fell swoop. This was an attempted military coup just as I had previously reported.

What If Chris Stevens Had Lived?

As I have pointed out before, many senior members of the military want Obama removed from office. Imagine if Stevens could have been saved by General Hamm? If Stevens understood he was being targeted by Obama in order to plug the leaks involving not only drug running and gun running, but he would have revealed to the world that his operation involved child trafficking as well. Can you imagine the scandal? How many journalists would have begun to look into the nefarious practices which lead to the multitude of missing children in CPS? My sources are stating that this information is on the verge of breaking. Also, there is a decided purge going in key federal agencies which are ridding these agencies of potential whistle blowers through the taking of their children by CPS. I had a hard time getting my mind around this fact until I was contacted by Monika Wesolowski. In addition to Monika, I have been contacted by 6 other federal employees who are, at this point, hesitant to use their name. The strategy seem to be to seize their kids and they will be to consumed and debt ridden in an effort to get their children back to effectively expose this high level of corruption.

When Monika Wesolowsky, a State Department employee with a security clearance contacted me with the horror story of how her five year son was taken by the Virginia CPS without the mother being charged with anything, I thought this was just another case of CPS overreach and their nefarious connections to the underworld of child sex trafficking.  However, Wesolowsky’s case represent one of several  cases that have been brought to my attention that have the same dynamics. In all of these cases, a federal employee, usually with a security clearance, is targeted by the CPS in their area (four cases in Virginia’s Arlington and Fairfax County area). Everyone of these federal employees openly embrace Tea Party conservative causes. Monika Wesolowsky was targeted by the IRS for an audit. This might mean nothing until one considers the fact that the IRS is the enforcement agent for Obamacare. Obamacare has oversight over all 50 CPS agencies.

Wesolowsky recently had her security clearance threatened because she has $12,000 in credit card debt. If she were to lose her security clearance, she would lose her job and that seems to be the goal! What about fellow State Department employees who have a mortgage or a car loan debt? Are you kidding me?  There is no doubt that she is being purged for her conservative beliefs. Why? She is being purged for the same reasons as employees at other federal agencies and for the same reason. I cannot help but believe that federal departments like the State Department are being purged in order to accept a new mandate and to prevent whistle blowing to the degree that is happening here.

As soon as this story runs, I am going to be contacted by even more federal employees who are being victimized in the same manner as Monika Wesolowsky as I believe that this practice is very widespread. More former CPS agents, who have left their employment over their disgust for these heinous policies, will be providing more inside information as well which will she further light upon this. My insider sources, just as they did in the aftermath of Benghazi, are providing me with valuable information which is slowly but surely being verified by federal employees who are beginning to come forward.

There is no question that we will soon have enough information to demand of authorities the arrest of certain politicians for their role in these nefarious activities.  I feel I can state without hesitation that child sex trafficking is being used to help fund clandestine operations and your local CPS has a hand in this practice. Isn’t it nice to know that our children’s welfare is being used to support the banksters foreign policy?