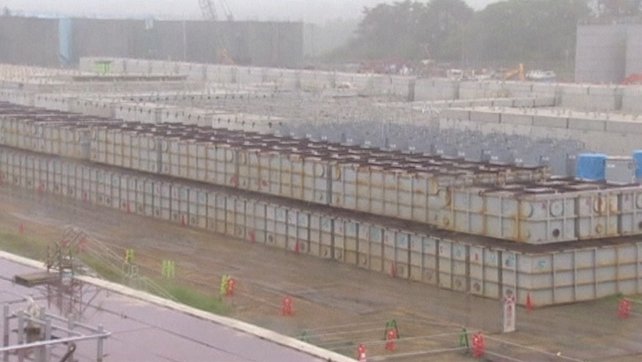 How do you get rid of hundreds of tons of highly radioactive water?  You dump it into the Pacific Ocean of course!  In Japan, the  Tokyo Electric Power Co. has made the “painful decision” to begin purposely dumping massive amounts of radioactive water currently being stored at the destroyed Fukushima nuclear facility directly into the Pacific.  This is being done even though water radiation levels near Fukushima spiked to a brand new all-time record high just a few days ago.  The radioactive material that is being released will enter our food chain and will potentially stay with us for decades to come.  Fukushima is an environmental nightmare that never seems to end, but the mainstream media in the United States decided to pretty much stop talking about it long ago.  So don’t expect the big news networks to make a big deal out of the fact that Japan is choosing to use the Pacific Ocean as a toilet for their nuclear waste.  But even though they aren’t talking about it, that doesn’t mean that radioactive material from Fukushima is not seriously affecting the health of millions of people all over the planet.

Tokyo Electric Power Co. began dumping groundwater from the Fukushima No. 1 nuclear plant into the Pacific on Wednesday, in a bid to manage the huge amounts of radioactive water that have built up at the complex.

The utility, which says the water discharged is within legal radiation safety limits, has been fighting a daily battle against contaminated water since Fukushima No. 1 was decimated by the earthquake and tsunami of March 2011.

Tepco said 560 tons of groundwater captured and stored before it entered reactor building basements was to be released Wednesday, using a bypass system that funnels it toward the ocean after checking for radiation levels.

Using the bypass, Tepco hopes to divert an average of 100 tons of untainted groundwater a day into the ocean.

Tepco is assuring us that the radioactive water that is being released is within “legal radiation safety limits”.

The measurements follow similar highs detected in groundwater at the plant. Officials of Tepco, as the utility is known, said the cause of the seawater spike is unknown.

Three of the monitoring sites are inside the wrecked plant’s adjacent port, which ships once used to supply it.

At one sampling point in the port, between the water intakes for the No. 2 and No. 3 reactors, 1,900 becquerels per liter of tritium was detected Monday, up from a previous high of 1,400 becquerels measured on April 14, Tepco said.

Nearby, also within the port, tritium levels were found to have spiked to 1,400 becquerels, from a previous high of 1,200 becquerels.

So do you trust Tepco?

I certainly do not.

Once this radioactive material gets into the ocean and into our food chain, there is no telling where it may end up.

If the mainstream media really did care about “the environment”, they would be talking about this.  But instead, there seems to be a conspiracy of silence.  Just consider the comments that Martin Fackler of the New York Times made during one recent interview…

Yeah… it’s so hard in Japan to talk about the radiation issue, like how bad is it really… There is a sense that if you even talk about these issues, you’re hurting the poor people of Fuksuhima. Therefore, we shouldn’t talk about it. That’s just not right… The folks who don’t want us to talk about it are the government, because they don’t want to pay compensation… I feel like there is a lot going on in Fukushima that just doesn’t get talked about in the local media, not necessarily for government cover-up sort of issues, but self restraint or self censorship. Even papers that are pretty strong in their reporting on Tepco in some ways, like the Tokyo Shimbun, won’t talk about these issues because they’re afraid that somehow its unpatriotic to talk about radiation. There’s a lot of questions and issues that are not being talked about, and I think they should be talked and if there is damage to the people of Fukushima that’s the responsibility of Tepco…

And the U.S. media certainly doesn’t seem to want to talk about how radiation from Fukushima could be affecting the west coast of our country.

But the evidence continues to mount that something very unusual is happening.

Sea lions are once again struggling to survive and are washing ashore, many of them pups dehydrated, malnourished and on the brink of death.

The year started off quieter than last year, and the Pacific Marine Mammal Center’s director of development, Melissa Sciacca, thought they were in the clear – until about a month ago, when the calls started coming in nonstop. The center, in Laguna Beach, is near capacity, with about 100 sea lions being treated so they can be returned to the wild once they are strong enough.

“We thought it was going to be a nice calm year; in the last month it’s just spiked,” she said. “The rescues just keep coming in at a steady pace.”

And as I wrote about just the other day, something is causing millions of fish to die in mass death events all over the globe right now.

Could Fukushima be a contributing factor?

A lot of people out there are attempting to downplay the impact that the Fukushima nuclear disaster has had on the Pacific Ocean.

I believe that this is a huge mistake.

The total amount of nuclear material released from Fukushima just continues to increase and slowly accumulate in our food chain.  When these nuclear particles get into you, they can literally start cooking you from the inside out.  In a previous article, I included a quote from an opinion piece by Helen Caldicott that was published in the Guardian….

And it has been documented that radioactive material from Fukushima has been getting into the seafood being sold in North America.

For example, back in 2012 the Vancouver Sun reported that cesium-137 was being discovered in a very high percentage of the fish that Japan was selling to Canada…

So why was radiation testing for seafood subsequently shut down in Canada?

Since that time, as I detailed in one of my previous articles, a high school student up in Canada tested seafood bought at local grocery stores for radioactive contamination.  What she found was absolutely stunning…

A Canadian high school student named Bronwyn Delacruz never imagined that her school science project would make headlines all over the world.  But that is precisely what has happened.  Using a $600 Geiger counter purchased by her father, Delacruz measured seafood bought at local grocery stores for radioactive contamination.  What she discovered was absolutely stunning.  Much of the seafood, particularly the products that were made in China, tested very high for radiation.  So is this being caused by nuclear radiation from Fukushima?  Is the seafood that we are eating going to give us cancer and other diseases?

Why aren’t we being warned about this?

Earlier this year, a fish that was caught just off the coast of the Fukushima prefecture was discovered to have 124 times the safe level of radioactive cesium.

But virtually nobody in the mainstream media considers this to be important enough to talk about.

A lot of people seem to think that the Fukushima nuclear disaster is old news.  But in many ways the biggest problems for North America may just be beginning.  For example, according to scientists at the University of South Wales, the main radioactive plume of water from Fukushima has finally crossed the Pacific Ocean and is going to hit our shores at some point during 2014…

The first radioactive ocean plume released by the Fukushima nuclear power plant disaster will finally be reaching the shores of the United States some time in 2014, according to a new study from the University of New South Wales — a full three or so years after the date of the disaster.

The following graphics come directly from that study…

So as the main plume of nuclear radiation reaches our shores, what will that do to our wildlife, our fishing industry and our beaches?

And what kind of danger does this radioactive water pose to those living along the west coast?

These are very important questions, but unfortunately those in power and those working for the mainstream media don’t really want to talk about these things. 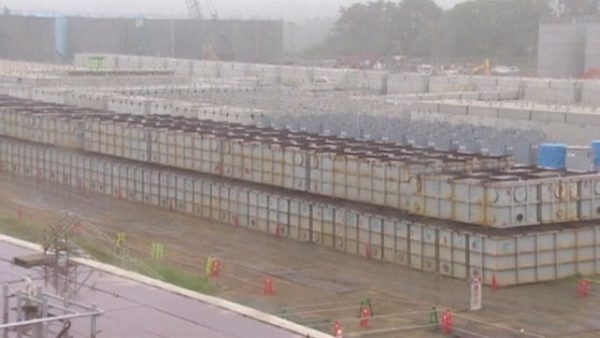