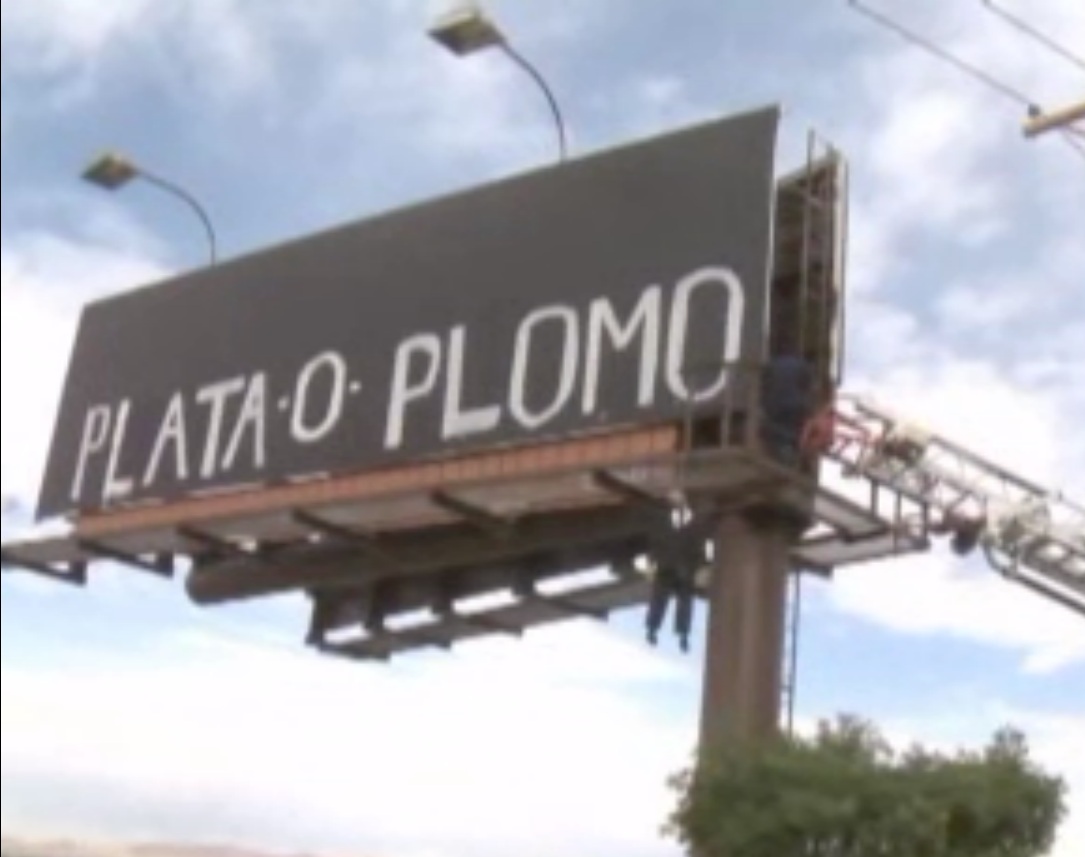 Residents of El Paso, TX have witnessed a disturbing sight which would seem to be a direct threat to local police. Two billboards on I-10 have been defaced with a hanging effigy and the words “Plata o plomo” which means “silver or lead.” It is believed to be a message from Mexican Drug cartels to local law enforcement to “accept bribes or die.”

The Obama Administration released 68,000 criminally convicted illegals back to the streets in 2013.

Let’s not forget the fact that Eric Holder and Barack Obama were both highly instrumental in arming Mexican Drug Cartels through the now infamous “Fast and Furious” debacle.

Despite obvious problems, legislators are in a rush to push the amnesty bill through, presumably before 2014 elections, in a purely political move. Do you remember what Kelly Ayotte did?

Yet when someone even mentions the fact that we should fix our borders and enforce current laws, before thinking about immigration reform, they are labeled racist.

Take a good look at those hanging effigies in El Paso. Because south of the Border those ropes have been known to have real human beings attached to the end.

On a side note, did you know that many of the Islamic terrorists that enter our country come through our Southern border? Here is a short clip from 2010 about a growing problem with the Arizona section of that border.

Is this really what we want America?

How can we support more people when we are failing to take care of our own?

How can you justify amnesty and open border policies when it takes food off of your family table?

Is it worth that in hope that a few more Hispanics might vote for your establishment republicans?

The Mexican Drug cartels are a problem for sure, and there have been reports of politicians within the states helping them, but that is only the tip of the iceberg. Throw a bunch of Islamic terrorists on top of that and we have a real problem.

Secure the borders and enforce the law. Then we can talk about what changes might be needed to the Immigration Laws, if any. It doesn’t take a rocket scientist to see that many of our problems stem from the fact that we have not been enforcing these laws as they are written.