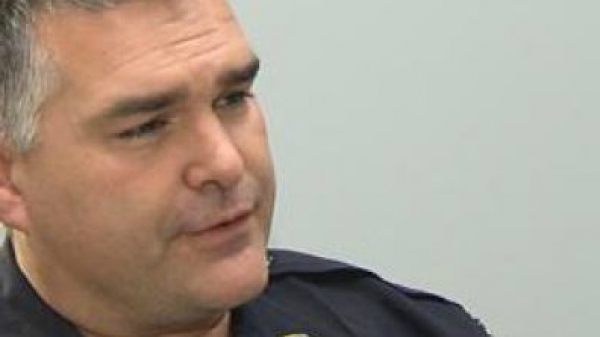 Previously at Atlas, I reported on the courageous police captain, Paul Fields, who was initially disciplined for refusing to require his subordinates to attend an event at a Muslim Brotherhood mosque in Tulsa. So he filed a federal suit against the Tulsa Police Department, asking for $1 in damages on each of two claims. I love him.

…Memos indicate that attendance was initially voluntary. However, Deputy Chief Daryl Webster ordered each patrol division to send six officers and three supervisors, when no one signed up.

Now, in a sharia-compliant decision, a three-judge panel of the U.S. Court of Appeals for the Tenth Circuit has ruled that his Constitutional rights were not violated. Robert Muise of the American Freedom Law Center, who, along with David Yerushalmi, has represented me in so many of our free speech cases (and won precedent-setting decisions), says: “The court is wrong, and we intend to seek full court review of this patently erroneous decision.” Good. This is unconscionable.

Denver, Colorado (May 23, 2014) — Yesterday, a three-judge panel of the U.S. Court of Appeals for the Tenth Circuit affirmed a lower court decision that the City of Tulsa and two of its senior police officials, Chief of Police Chuck Jordan and Deputy Chief of Police Daryl Webster, did not violate the constitutional rights of Captain Paul Fields, a Tulsa Police officer who was summarily punished for objecting on religious grounds to an order mandating attendance at an Islamic proselytizing event held at a local mosque.

Robert Muise, Co-Founder and Senior Counsel of the American Freedom Law Center (AFLC) and lead counsel for Captain Fields in the case, commented, “This ruling is troubling on so many levels.  We have argued throughout this case that Captain Fields was summarily punished for simply raising and asserting a religious objection to the order mandating attendance at the Islamic event, and that such discriminatory treatment violates the First and Fourteenth Amendments.  Yet, inexplicably, the Tenth Circuit refused to address this main issue on appeal, claiming that it was not raised below.  The court is wrong, and we intend to seek full court review of this patently erroneous decision.”

In its decision, the Tenth Circuit noted that Captain Fields’ briefs asserted that the City’s “reason for imposing punishment, or at least the reason for the severity of the punishment, was the religious nature of Fields’ objection to the order.”  The appellate court further noted that “there is evidence in the record that would support this assertion.  Some statements by TPD officials suggest that at least part of the motive for punishing Fields was that he posed a religious objection to the order and refused to attend the mosque event on religious grounds.”  Yet, the court refused to address the issue on appeal, claiming “that it was not preserved in the district court.”  Instead, the court avoided this central issue and simply held, as did the district court, that the order “did not burden Fields’ religious rights because it did not require him to violate his personal religious beliefs by attending the event . . . .”

Muise added, “It is impossible to square the court’s opinion with the briefs and the record presented on appeal.  Indeed, even a cursory review of our briefing before the district court and in the appellate court makes clear the basis for Captain Fields’ constitutional claims: he was singled out for discriminatory treatment and thus punished because he raised a religious objection to the order.  That is religious discrimination, pure and simple.”

As Muise points out, Captain Fields’ objection to the order was clearly stated in the email he sent to his chain of command: “Please consider this email my official notification to the Tulsa Police Department and the City of Tulsa that I intend not to follow this directive, nor require any of my subordinates to do so if they share similar religious convictions.”  The official notice of the Internal Affairs (IA) investigation of the matter also clearly stated “that Chief Chuck Jordan has requested IA to conduct an administrative investigation in regards to your refusal to attend and refusal to assign officers from your shift, who shared your religious beliefs, to attend the” Islamic event.  In fact, when Chief Jordan was asked directly during his sworn deposition whether it was his “understanding that [he] could have accommodated Captain Fields’ religious objections to this event if [he] had made it voluntary for him,” the Chief responded, “Yeah.  According to his e-mail, yes, I could have.”  And if there were any remaining or lingering doubts as to why Captain Fields was punished, his official performance evaluation, which was signed and approved by Chief Jordan and Deputy Chief Webster, states that “Captain Fields was disciplined during this rating period for refusing to attend and refusing to direct that officers attend a law enforcement appreciation day at a local mosque.”

David Yerushalmi, AFLC Co-Founder and Senior Counsel, added, “The evidence is overwhelming that the City and its senior police officials wanted to make an example of Captain Fields by harshly punishing him, a Christian, for objecting on religious grounds to an order compelling attendance at an Islamic event.  Consequently, when judges can rewrite the case and the case history to fit the conclusion they seek, as the Tenth Circuit has done here, due process is robbed of any meaning.”

For objecting to the order, Captain Fields was punitively transferred, subjected to an IA investigation, and suspended without pay for two weeks.  As further punishment, he was assigned to the “graveyard” shift.

Yerushalmi concluded, “Had a Muslim officer objected to attending a Jewish event to be held at a synagogue on a Saturday and the officer was treated like Captain Fields, there is little doubt that the entire Tulsa Police Department chain of command would have been fired.”

As the Tenth Circuit acknowledged in its opinion, the undisputed record evidence demonstrated that during the Islamic event, which was held on a Friday—the “Sabbath” for Muslims—the Muslim hosts discussed Islamic religious beliefs; they discussed Mohammed, Mecca, why Muslims pray, how they pray, and what they say when they are praying; they showed the officers a Quran; and they showed the officers Islamic religious books and pamphlets that were for sale and encouraged the officers to purchase them.  Moreover, after the event, the Islamic Society posted on its website a photograph of the police officers sitting at a table with members of the mosque with the caption, “Discover Islam Classes for Non-Muslims.”

The American Freedom Law Center intends to seek a rehearing en banc (full court) and review in the U.S. Supreme Court if necessary.

Read more about the case here.