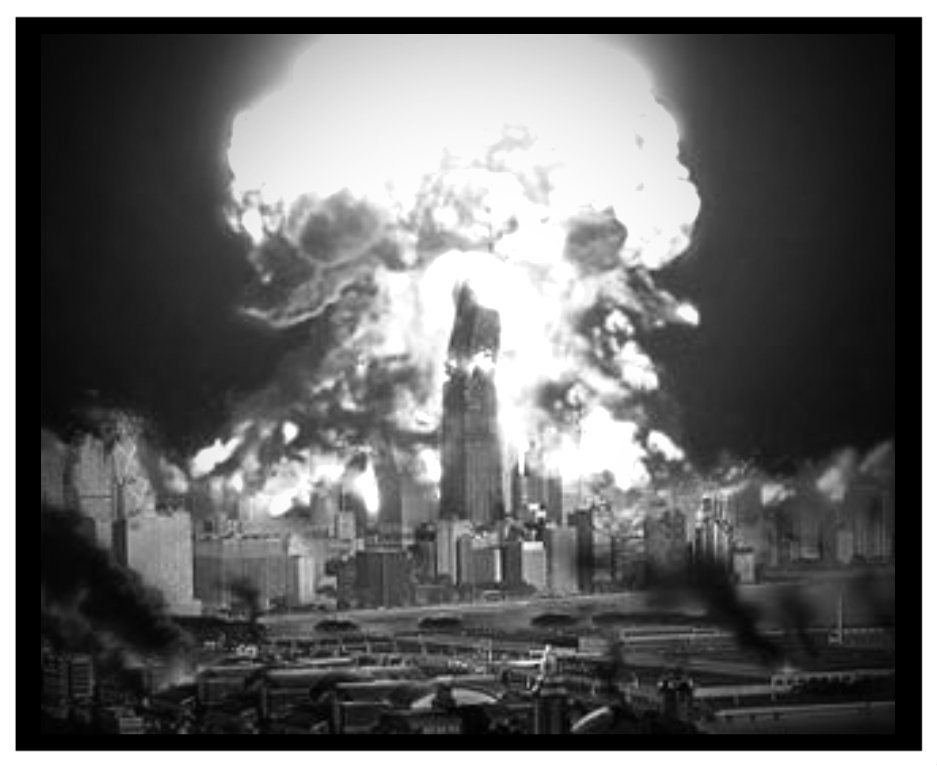 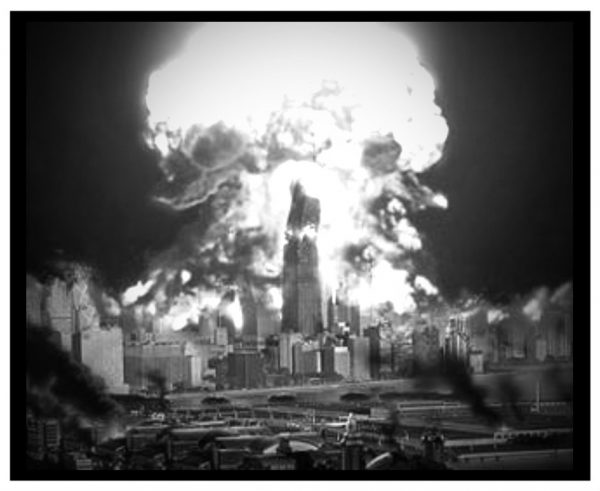 If there is going to be World War III and subsequent martial law followed by gun confiscation, a precipitating false flag event must occur. Two years ago, I identified Chicago as the site of this event. Today, I repeat these assertions and the current state of world affairs points more strongly to Chicago being a pretext to war and martial law, more so, than two years ago.

My sources tell me that the potential attack upon Chicago has already been rehearsed at the NATO Summit held in South Chicago in late May, 2012, in which preparations for disaster planning, and the Beta test for the implementation of martial law in case of some “provoked” event, were instituted and coincided with the previously held NATO Summit. Interestingly, the Southside of Chicago was locked down during the Summit and martial law was rehearsed. The was the first chest pain of the major event that is coming our way.

From the White House Penthouse to Outhouse of Chicago Politics

For individuals who think a false flag upon Chicago sounds crazy, ask yourself why Rahm Emanuel, most likely a Mossad agent, would leave a high level post in the Obama Administration and step down to the relative lowly position of being a mayor of a city? The simple and obvious answer is that this foreign asset was put in place to carry out the task over overseeing a false flag event, so big, so devastating, that the Obama Administration will have their pretext to execute martial law in order to stem the wave of massive protests which will surely accompany the globalist plans to have the United States commence martial law and a war. My suspicions about Chicago being a false flag target were strengthened by the fact that, President Obama has no intention of returning to Chicago after his second term. The President is moving to Hawaii and has sold his Hyde Park residence. Obama is nobody’s fool and plans to be out of harm’s way when the coming catastrophe befalls Chicago.

My belief for an impending false flag attack upon Chicago is also strengthened by the fact that communities surrounding Chicago are storing supplies which are strongly suggestive of coming mass casualty event. An Inside source reveals that  FEMA & DHS are preparing mass graves and for martial law near Chicago. This news release parallels what Annie DeRiso, News Director for The Common Sense Show, revealed over four years ago in her news segment when she stated that Gary, Indiana officials, which borders Chicago, were being forced to store 400,000 FEMA coffins and that local officials were tasked to formulate a Hazard Mitigation Plan in which massive amounts of people would be vaccinated within 48 hours of an event.

The Brookings Institute Tips Their Hand

The globalist-serving, CFR-friendly Brookings Institute issued a special report entitled, Which path to Persia, which details, on pages 24 and 25, that Israel, Saudi Arabia and the United States are clearly behind Syria’s violence. Clearly, what we are seeing today in Syria is the full manifestation of this premeditated conspiracy, as detailed by the Brookings Institute, against the government of Syria and this plan was devised in 2007 under the Bush administration.

According to the Brookings Institute, obtaining the globalist’s real objective, Iran, runs through Syria. Syria is a necessary objective because it serves as a partial buffer zone between Russia and Iran. Further, by occupying Syria, Russia falls under the range of small and medium missiles and could serve as a deterrent to Russian intervention.

Why would Iran, a nation who is avoiding war with the United States at all costs, have to be invaded? Because, Ukraine could soon be lost to Putin and Europe’s energy needs will be controlled by Putin and nobody, and I mean nobody will be accepting the Petrodollar in payment for Russian gas. This is the end of NATO and huge blow to the dollar. The only chance the Federal Reserve can preserve a portion of what they have left of the dollar is to take Syria and then Iran down and stop the selling of oil for gold versus the use of the Petrodollar. This is the simplest answer and most accurate answer and the Brookings Institute foretold these events seven years ago.

The Need to Blame Syria for a False Flag Event

In fact, in the same Brookings report, they also proposed the use of MEK as a suitable American proxy which could be used to provoke Syria and Iran on multiple fronts. Who are the MEK’s? They are a terrorist organization that our military protected during the Iraq War. For that purpose, the MEK would need arms. Who was in position to supply the MEK weapons in order to carry out this deed? It was none other than Ambassador Christopher Stevens and now these radical extremists have at least 20,000 hand held stinger missiles and an untold number of small arms which we now know were financed by the profits derived from drug running and child sex rings. The only thing left for Clinton to do was to erase the only link between the State Department and this dastardly plan designed to ultimately get the United States into WWW III and that would be the elimination of the middle man, Chris Stephens. To Secretary Clinton, the life of Stephens, a human being with a family, was no more valuable to her than a worthless pawn on a chess board which was easily sacrificed in order to achieve a greater objective.

The Israeli Lobby and Their Motive

Neocon, Israeli lobbyist and general warmonger, Patrick Clawson of the Washington Institute is on the record for advocating for a “crisis initiation” event (i.e. false flag event) designed to provoke a war with Iran. Remember, for reasons of national security, Israel feels compelled to go to war with Iran. Therefore, Clawson’s comments are not to be taken lightly as he was addressing several top governmental analysts and corporate policy makers.

In the Fall of 2013, over a dozen FEMA preparedness drills took place including a rehearsed EMP attack, the Grid EX II drill on November 13th and 14th. Curiously, both the Russians and Chinese were allowed to participate. These drills are not taking place in isolation as Congress passed a bill, H. R. 6566 or the Mass Fatality Planning and Religious Considerations Act, which mandates the Federal Emergency Management Agency is preparing for mass casualty planning and funeral homes, cemeteries and mortuaries will become “overwhelmed” in the aftermath of a terrorist attack. I believe that it is likely that Chicago is the target and I have been writing about this possibility for over two years.

The Murder of Jeff Joe Black

The late Jeff Joe Black frequently called into my talk show. He was a Chicago based activist who was vehemently opposed to Emanuel becoming the mayor of Chicago. Black used to send me a variety of news tips. Some of his information was intriguing and I had several off-air conversations with him. At one point, Black was scheduled to be a guest on my talk show and but he cancelled at the last minute. Black informed me that he feared for his life and was going into hiding, which he subsequently did.

In Black’s canceled appearance he was to going reveal that Rahm Emanuel was part of the Israeli Mossad who left his role as Obama’s White House adviser to run for the mayor of Chicago for the express purpose of someday covering up the trail for a false flag event which was to befall Chicago. Black was warned to within an inch of his life and he went into hiding and left the country.

In the Fall of 2012, Black resurfaced and he contacted me. We spoke a couple of times about his appearing on my show to talk about Emanuel and his evil intentions towards his role in helping to further a false flag event in Chicago as an impetus for WW III. Why do I think that Black was on to something nefarious about Emanuel? Because Black appears to have been murdered in October of 2012 and his death is being investigated as a homicide.

It was Black’s contention that this was a lead up to the implementation of full-scale martial law and possible WWIII in the Middle East and now it appears that this event could easily be tied into the events in Ukraine as well. This is what was rehearsed two years ago at the Chicago NATO Summit. One of my better sources also believes that Chicago is on the short list of false flag targets in which Syria will be blamed in the coming days or weeks. It also appears likely that the Boston Marathon Bombing and the subsequent roll out of DHS martial law troops, in some of their newly acquired 2700 armored personnel carriers, was a dress rehearsal for what’s coming in Chicago. Extreme martial law and gun confiscation will follow.  This is why Jeff Joe Black had to be murdered and he was revealing this plot nearly two years ago. Jeff, may you rest in peace.

For the rest of us, the dots are connecting at a record pace and we entering a window of unprecedented danger, both for our country and our individual safety.