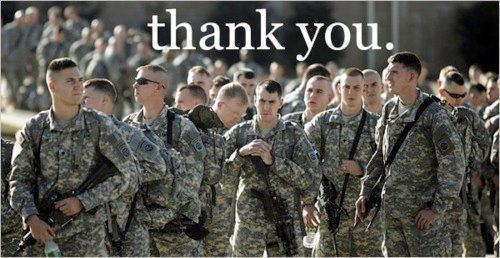 Just in time for Memorial Day, we’re once again being treated to a generous serving of praise and grandstanding by politicians and corporations eager to go on record as being supportive of our veterans. Patriotic platitudes aside, however, America has done a deplorable job of caring for her veterans. We erect monuments for those who die while serving in the military, yet for those who return home, there’s little honor to be found.

The plight of veterans today is deplorable, with large numbers of them impoverished, unemployed, traumatized mentally and physically, struggling with depression, thoughts of suicide, and marital stress, homeless (a third of all homeless Americans are veterans), subjected to sub-par treatment at clinics and hospitals, and left to molder while their paperwork piles up within Veterans Administration (VA) offices.

While President Obama has now declared that he “will not stand” for the mistreatment of veterans under his watch, the time for words is long past. As Slate political correspondent John Dickerson observed, these inexcusable delays represent “a failure of one of the most basic transactions government is supposed to perform: keeping a promise to those who were asked to protect our very form of government.”

Then again, as I detail in my book A Government of Wolves: The Emerging American Police State, the government has been breaking its promises to the American people for a long time now, starting with its most sacred covenant to uphold and defend the Constitution. Yet if the government won’t abide by its commitment to respect our constitutional rights to be free from government surveillance and censorship, if it completely tramples on our right to due process and fair hearings, and routinely denies us protection from roadside strip searches and militarized police, why should anyone expect the government to treat our nation’s veterans with respect and dignity?

Indeed, in recent years, military servicemen and women—many of whom are decorated—have found themselves increasingly targeted for surveillance, censorship, threatened with incarceration or involuntary commitment, labeled as extremists and/or mentally ill, and stripped of their Second Amendment rights, all for daring to voice their concerns about the alarming state of our union and the erosion of our freedoms.

For example, a Department of Homeland Security (DHS) program dubbed Operation Vigilant Eagle tracks military veterans returning from Iraq and Afghanistan, and characterizes them as extremists and potential domestic terrorist threats because they may be “disgruntled, disillusioned or suffering from the psychological effects of war.”

Unfortunately, as we’ve seen in recent years, the problem with depicting veterans as potential enemy combatants is that any encounter with a military veteran can escalate very quickly into an explosive and deadly situation—at least, on the part of law enforcement.

For example, Jose Guerena, a Marine who served in two tours in Iraq, was killed in 2011 after an Arizona SWAT team kicked open the door of his home during a mistaken drug raid and opened fire. Apart from his military background, Guerena had had no prior criminal record, and the police found nothing illegal in his home.

John Edward Chesney, a 62-year-old Vietnam veteran, was killed by a SWAT team allegedly responding to a call that the Army veteran was standing in his apartment window waving what looked like a semi-automatic rifle. SWAT officers fired 12 rounds into Chesney’s apartment window. It turned out that the gun Chesney reportedly pointed was a “realistic-looking mock assault rifle.”

Ramon Hooks, a 25-year-old Iraq war veteran, was using an air rifle gun for target practice outside when a Homeland Security Agent, allegedly house shopping in the area, reported him as an active shooter. Hooks was arrested, his air rifle pellets and toy gun confiscated, and charges filed against him for “criminal mischief.”

Although no toy guns were involved in Brandon Raub’s case, his fact scenario is even more chilling, given that he was targeted for exercising his First Amendment rights on Facebook. The 26-year-old decorated Marine actually found himself interrogated by government agents about his views on government corruption, arrested with no warning, labeled mentally ill for subscribing to so-called “conspiratorial” views about the government, detained against his will in a psych ward for standing by his views, and isolated from his family, friends and attorneys.

On August 16, 2012, a swarm of local police, Secret Service and FBI agents handcuffed and transported Raub to police headquarters, then to a medical center, where he was held against his will due to alleged concerns that his Facebook posts were “terrorist in nature.” Meanwhile, in a kangaroo court hearing that turned a deaf ear to Raub’s explanations about the fact that his Facebook posts were being read out of context, Raub was sentenced to up to 30 days’ further confinement in a psychiatric ward. Thankfully, The Rutherford Institute came to Raub’s assistance and brought about his release. Even so, within days of Raub being seized and forcibly held in a VA psych ward, news reports started surfacing of other veterans having similar experiences.

A federal judge actually dismissed Raub’s lawsuit challenging the government’s “Operation Vigilant Eagle” campaign and its increasing view of veterans as potential domestic terrorists as “far-fetched.” Yet what may sound far-fetched to the courts is a grim reality to Americans who are daily being targeted for daring to exercise their constitutional rights to speak their minds, criticize the government, and defend themselves and their families against over-reaching government surveillance and heavy-handed police tactics.

It’s ironic, isn’t it, that we raise our young people to believe that it is their patriotic duty to defend freedom abroad by serving in the military, then when they return home, bruised and battle-scarred and suddenly serious about defending their freedoms at home, we treat them like terrorists. Then again, perhaps it’s not so much ironic as it is tragic and pathetic—a sad tribute, indeed, to those willing to put their lives on the line.

Constitutional attorney and author John W. Whitehead [send him mail] is founder and president of The Rutherford Institute. He is the author of A Government of Wolves: The Emerging American Police State and The Change Manifesto (Sourcebooks).