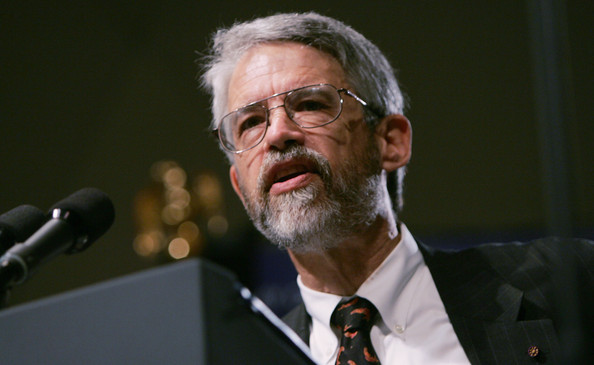 John Holdren, czar of the White House Office of Science and Technology, recently asserted that “climate change is not a distant threat — It already is affecting every region of the country and key sectors of the economy.”

However, the House of Representatives approved an amendment to the National Defense Authorization Act (NDAA) which prohibits the Pentagon from using its funding to combat climate change.

The amendment, championed by House Representative David McKinley, reads: “None of the funds authorized to be appropriated or otherwise made available by this Act may be used to implement the U.S. Global Change Research Program National Climate Assessment, the Intergovernmental Panel on Climate Change’s Fifth Assessment Report, the United Nation’s Agenda 21 sustainable development plan, or the May 2013 Technical Update of the Social Cost of Carbon for Regulatory Impact Analysis Under Executive Order.”

McKinley said : “Climate change alarmists contend that man-made CO2 is the cause of climate change. Most people may not realize that 96 percent of all the CO2 emissions occur naturally.”

The Center for Naval Analysis Military Advisory Board (CNAMA) stated in a recent report: “In Africa, Asia, and the Middle East, we are already seeing how the impacts of extreme weather, such as prolonged drought and flooding — and resulting food shortages, desertification, population dislocation and mass migration, and sea level rise — are posing security challenges to these regions’ governments. We see these trends growing and accelerating.”

Earlier this month, the CNAMA released a report co-authored by several retired generals concerning the “national security” threat climate change is to the environment.

Authors of the study assert “the biggest change in the seven years between the two studies was the increase in scientific certainty about global warming, and of the link between global warming and security disruptions.”

Climate change, according to this document, becomes a “threat multiplier” which could “enhance or contribute to already existing causes of global disruption.”

The report states: “Climate change can act as a threat multiplier for instability in some of the most volatile regions of the world, and it presents significant national security challenges for the United States. [Problems will be felt] even in stable regions.”

Authors of the report claim that the US military “should plan to help manage catastrophes and conflicts both domestically and internationally, raising concerns regarding a wave of refugees fleeing rising sea levels. These effects are threat multipliers that will aggravate stressors abroad, such as poverty, environmental degradation, political instability and social tensions — conditions that can enable terrorist activity and other forms of violence.”

The CNAMA states the climate change has and will continue to cause drought in the Middle East and Africa “leading to conflicts over food and water and escalating longstanding regional and ethnic tensions into violent clashes.”

Another concern of the authors is the “rising sea levels [that] are “putting people and food supplies in vulnerable coastal regions like eastern India, Bangladesh and the Mekong Delta in Vietnam at risk and could lead to a new wave of refugees.”

John Kerry, Secretary of State remarked: “Tribes are killing each other over water today. Think of what happens if you have massive dislocation, or the drying up of the waters of the Nile, of the major rivers in China and India. The intelligence community takes it seriously, and it’s translated into action.”

Kerry believes that this report will influence US foreign policy in the future.

In accord, John Conger, deputy undersecretary of defense for installations and environment with the Pentagon explained: “The department certainly agrees that climate change is having an impact on national security, whether by increasing global instability, by opening the Arctic or by increasing sea level and storm surge near our coastal installations. We are actively integrating climate considerations across the full spectrum of our activities to ensure a ready and resilient force.”

Rajendra Pachauri, chairman of the UN’s Intergovernmental panel on Climate Change (IPCC) retorts that if a successful action is not taken to stop climate change, it will become a national and international security threat.

Pachauri said: “If the impact of climate change is going to make regions of violence poorer, then they really provide a level of fertility for inciting disaffection, resentment against the prosperous world. That’s an indirect effect that can create the conditions for terrorism.”

Recommendations to the US were: “We’re likely to have problems with respect to water supplies in the US. We have to tell the people of the US. That this is something intimately connected with their present and their future. The cost of inaction is going to be far higher than action. And the cost of action is really not all that high. The US has made all kinds of sacrifices in the past and has always come out on top.”