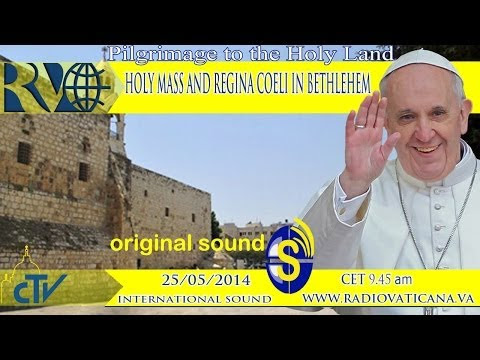 After the Pope declared himself supreme dhimmi in front of an antisemitic graffiti-strewn portion of the security fence, Muslims reciprocated with contempt and disrespect — showing him the true meaning of interfaith dialogue and tolerance.

We stumbled upon a video somebody had recorded yesterday when the Pope was performing a service and speaking. The person recording this was upset that the loudspeakers the Muslim prayers were coming over was interrupting the Pope. The crowd listening to the Pope started cheering to cover-up the Muslim prayers.

It was right when this started the Pope appeared to shut down whatever he was doing and they left. We don’t believe the Pope was actually finished, the timing was very interesting.

So we looked and found the main stream media was completely silent on this.

We found the “CTV” video and clipped out the part when this started.

We wonder why the mainstream media is completely silent on this? Even the Israeli press is silent.

Do your own research, at the time we posted this there was nothing. We found a small obscure website mentioning it, but ZERO from the mainstream media. We think it’s significant when the mainstream media will post all sorts of goofy stories about the Pope’s every move, but not mention when the Pope is interrupted by Muslim prayers.

We watch the Pope’s every move and how he interacts with the world and how certain things are covered up.

Whenever there is a cover-up, there is purposeful intention to cast a certain perception upon the world. We know that Satan deceives the whole world, especially through the mainstream media. What is seen and what isn’t seen. 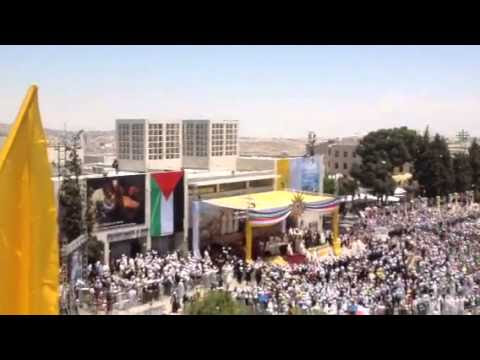