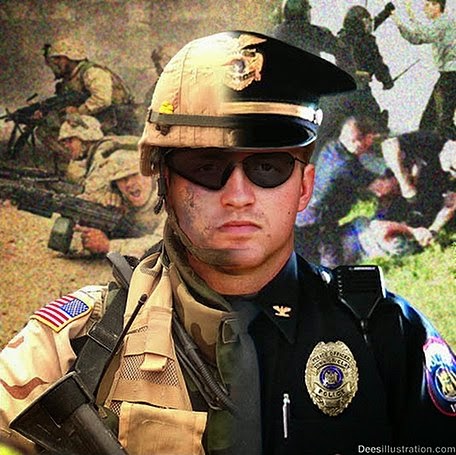 For residents of Myrtle Beach, South Carolina, Memorial Day Bike Week, (aka “Black Bike Week”), has long been synonymous with vastly increased crime, violence, and destruction of property. Likewise, the event attracts a high number of police that set up shop to detain and harass attendees with roadblocks and other traditional hallmarks of a police state.  Despite the city’s dependence on tourism, most residents and business owners generally dread the event year after year. Between the police and the crime, “Black Bike Week” is a great reason to get out of town if you live in Myrtle Beach. Yet, while nonsensical violence has come to be expected at the rally year after year, the spate of shootings that occurred during this past event, Memorial Day Weekend 2014, has made national headlines. With three people being killed at a hotel early on, new reports surrounding the shootings were barely off the presses before another shooting took place, injuring two people at a Myrtle Beach resort. Yet the real story is not so much the shootings (although anti-gun fanatics have predictably latched on to them) or even the investigative response of law enforcement. Instead, the story might be the militarized presence of police stationed in Myrtle Beach which should remove all doubt that civilian policing has been turned into military occupation. This is because many of the police stationed in and around the Myrtle Beach area during the bike rally could scarcely be distinguished from National Guard troops or regular Army soldiers.

Photographs from the weekend clearly show police dressed in green camo military fatigues, a manner of dress which serves no other purpose than to acclimate the citizenry to the sight of military personnel acting in place of police and conducting civilian police duties on American soil. Indeed, what is the purpose of camoflauge fatigues? This is Myrtle Beach, not a battlefield covered in green foliage. And why should the police be attempting to hide anyway? Clearly, the officers in the photographs desire to be seen by virtue of their visible presence in the streets. Of course, the military-style uniforms are there to acclimate the police as much as anyone else. Police are increasingly trained to not only see the average American as an occupied people, but to see themselves as the occupiers. Unfortunately, the overwhelming majority of citizens attending the rally did not even notice the militarized nature of the police.

Although, as stated above, the bike rally clearly calls for extra police power on the ground, the deployment of militarized police is not only a step too far, it is just another sad example of how far the United States has fallen into the designation of a police state.