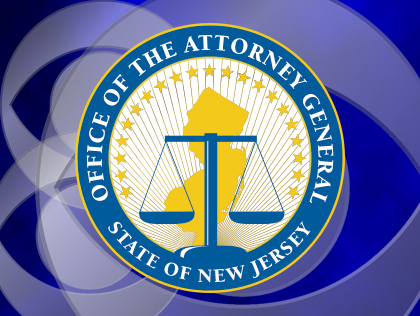 The New Jersey Secretary of State and the New Jersey Attorney General claim that New Jersey voters do not have a right to vote in primaries, but they do have an obligation to pay for them.

A few months ago, we told you about the End Partisanship lawsuit. Here’s one of the main points we expressed then:

Across the nation, both Republicans and Democrats have closed primaries meaning that you must be a registered voter within their party to be allowed to vote in a primary.

So remember what I told you about 40% of voters being Independents and still others are registered Green Party, Libertarian party, Constitution party, Justice party, etc. That means, at least half of all voters are locked out of participating in the primary vote that ultimately decides their representatives. And yet according to Chad Peace with the Independent Voter Project, that is exactly what is happening.

“My right to participate in our democracy should not be conditioned. I should not have to join a party,” Peace said.

Now you might say… tough. If you want to change that, then don’t be an Independent. Don’t be a Libertarian or Green Party member. Join the republican and democratic party and make your vote count in the primary. Glad you brought that up…

Remember the video we started with, the video that demonstrates what happened in 2012. That is exactly the problem. Over 2 million Republican primary voters attempted to do that in 2012. But state after state, the rules were changed, sometimes in the middle of a convention. And remember why? Because the Republican Party insisted it could do so, claiming that it is a private club.

That brings us to the third principle of the End Partisanship coalition. Public funds should not be used to subsidize activities of political parties that abridge a voter’s right to meaningful participation in the election process.

“They say we have the right to tell people they can’t vote in our primaries because we are private organizations,” said Peace. “So the second cause of action is very simple. If you are a private organization, start acting like one, meaning you shouldn’t be accepting taxpayer dollars and tax payers shouldn’t have to fund primaries if you aren’t going to let everybody vote in them.”

Now a motion has been filed by New Jersey Attorney General John J. Hoffman, on behalf of the Secretary of State’s office, claiming that US citizens in New Jersey do not have a right to vote in primary elections, but political parties do have a right to use taxpayer dollars to fund them.

So, making the argument for the closed primary system is one thing, but what about the fact that while only half the state’s voters can participate in that system, the primaries are paid for with taxpayer subsidies.

The motion continues, “The plaintiffs do not have standing to bring this claim because they only allege a generally available grievance about government, and have not suffered a concrete and particularized injury.”

So, at the end of the day, the claim is simple. The State of New Jersey says they are taking money from so many New Jersey residents that they aren’t injuring any one really, so there’s no damage to any one person. If anything, it’s just a general claim.

It remains to be seen how the judge will rule in this case, but fingers crossed, he doesn’t buy the argument that as long as a little money is taken from everyone, no one is really hurt by a system that is locking voters out of the process while forcing them to pay for it.

*transcript by Tim Brown of FreedomOutpost.com