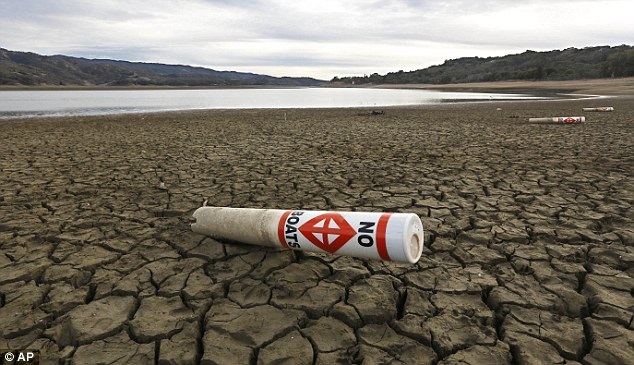 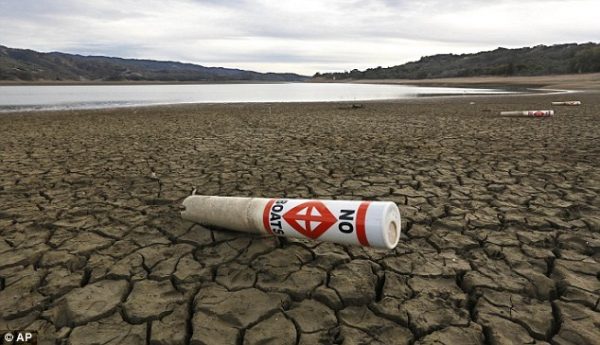 As the drought conditions throughout the Western United States continue to worsen, photos released from Lake Powell along the Colorado River show that the massive reservoir is less than half full. This marks a record low for the man made lake formed by a dam that is supposed to produce 4.5 billion kilowatt hours of electricity a year, and provide water for some 20 million people. The record water levels are the result of nearly 14 years of drought.

America’s Western States have been hammered with dry conditions for over a decade now, and with no real signs of it relenting. 14 years is truly abnormal, and there’s no telling how bad this is going to get. We really don’t have any reference point, because the West was settled in a relatively wet period of time compared to the rest of its history. According to paleoclimatologist Edward Cook, we’re facing what he’s calling a “megadrought”. Recalling tree ring data that can often show drought conditions in the past, he’s claiming that dry periods like this have lasted significantly longer in our history.

“Indeed, pretty scary, One lasted 29 years. One lasted 28 years. They span the entire continental United States” and that “Two megadroughts in the Sierra Nevada of California lasted between 100 and 200 years”

Think about that. If this truly is a megadrought then in the best case scenario, we may be facing another 15 years of these conditions, and there is nothing we can do about it. While global warming alarmists may claim these events are proof of their theory, these incredibly long dry periods took place before those supposed “greenhouse gases” were even being produced by humanity.

Nonetheless, there are some serious implications for the United States as an economic power. A total of seven states are facing the brunt of this drought, including the economic and agricultural powerhouses of our nation, Texas and California. So far 76 percent of the Golden State is facing “extreme drought” with the other 24 percent facing exceptional drought. Add that up. No other state is facing a drought over 100 percent of its area.

Since the Central Valley provides a third of America’s produce, California’s drought could prove to be a devastating blow to the grocery bills of the rest of the nation. This means that while the price of meat continues to climb, trying to cut back by buying  more produce may not help as much as we’d like. And this valley, which is considered one of the most valuable and productive agricultural regions on earth, is facing some serious long term strain.

Much like the depletion of the Ogallala Aquifer in the Midwest, the ground water of the of the Central Valley has been overdrawn for many years. This aquifer has been so abused for so long, that it actually causes the ground level to sink, roughly 11 inches per year in some places. The area around Mendota California has sunk 30 ft since 1925, but for the people living there, that may be the least of their concerns. According to a weather.com article from last week:

“The consequences are staggering near towns like Mendota. Dried-up fields blow dust into the sky. River beds and canals, once full of water, are now full of dead weeds and rattlesnakes. Fruit orchards along Interstate 5 look like burned piles of firewood. Workers who used to make a living picking fruit and working machinery now stand in government supported food lines to feed their families. No water means no jobs.”

How long can this continue? Even if there’s enough water to last for several decades, it’s still a matter of fact that we’re running out, and the most productive regions of the United States are facing agricultural collapse. Even without the drought, there is a definite point in time in our future, when America will no longer be the breadbasket of the world, and it will likely occur within our lifetimes.