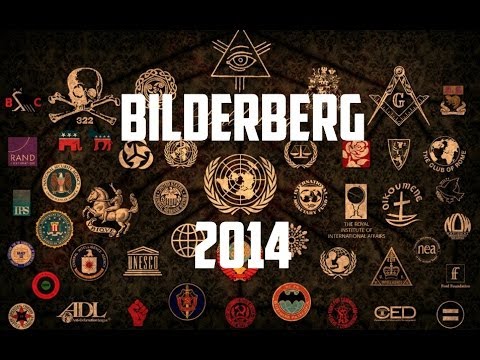 A cloak of secrecy has descended around the site of the 2014 Bilderberg Group conference in Copenhagen after two reporters were arrested inside the Marriott Hotel for refusing to delete footage of Bilderberg organizers who were confronted about their role in planning the clandestine meeting.

Having safely checked into the Marriott two days before 120 of the world’s most influential power brokers gather for their annual confab, it was soon made very apparent that security preparations were in full swing, with the second floor of the hotel completely out of bounds for guests, as security staff working on behalf of Bilderberg made regular patrols around the both inside and outside the premises.

People with cameras, whether they were taking photos or not, were harassed and ordered not to take pictures, as Bilderberg organizers began to gather in the lobby of the Marriott.

Two independent reporters decided to take the opportunity to confront the organizers, who at first denied any knowledge of Bilderberg before becoming visibly irate at being asked polite questions. Security staff soon arrived on the scene and demanded that everyone in the vicinity delete their footage.

When they refused to delete their footage and asked to leave the hotel, security staff attempted to physically detain them and called the police. Although police admitted that a judge’s permission is required to delete footage, they were arrested for merely acting suspiciously and taken to jail before being released an hour later.

London Guardian reporter Charlie Skelton and myself were later ordered to leave the hotel on orders of the secret service despite having already checked in for the night.

The arrests served to highlight the fact that there is such a paucity of mainstream coverage of Bilderberg that independent reporters have to risk being thrown in prison simply to ask questions about a meeting, the security for which is taxpayer funded, that has a huge impact on global affairs.

Other security procedures illustrate the paranoia which routinely surrounds Bilderberg, including ice cream sellers a mile away from the hotel being told by police to watch out for “suspicious individuals.” Large barricades were being erected around the site of the Marriott this morning as the Bilderberg wall of secrecy began to descend.

Bilderberg’s official list of discussion topics for the 2014 confab were revealed yesterday, confirming our earlier report that much of the weekend would focus around the crisis in Ukraine, the crushing victories enjoyed by anti-EU political parties across Europe and Bilderberg’s desperate bid to rescue their unipolar world system.

Other topics on the official agenda include the chillingly posed question of “Does privacy exist?” as well as, “The future of democracy and the middle class trap,” an ironic item given Bilderberg’s inherently undemocratic nature, and the ominous question of, “Is the economic recovery sustainable?” In 2006, leaked information confirmed that Bilderberg were knew two years ahead of time about the 2008 economic collapse and were positioning themselves for the downturn.

The participant list, which always fails to include some of the most prominent attendees, nevertheless exemplifies the importance of the delegates, which this year show a significant NATO presence, expected given the crisis in Ukraine, including Secretary General Anders Rasmussen and Supreme Allied Commander of Europe Philip Breedlove.

Other notable names on the list include IMF chief Christine Lagarde, who recently oversaw the asset stripping and looting of Ukraine, the Queen of Spain, Goldman Sachs Chairman Peter Sutherland, British Chancellor of the Exchequer George Osborne as well as Shadow Chancellor Ed Balls (illustrating the illusion of choice between the Conservative Party and Labour).

Mayor of Atlanta Kasim Reed is also in attendance, suggesting Bilderberg big wigs may be grooming him for a more prominent political position and possibly even President as they did when Bill Clinton attended as a little known Governor of Arkansas back in 1991.

Meanwhile, Bilderberg sleuth Daniel Estulin was also told by sources close to Bilderberg that there are a number of other topics up for discussion which are not included on the official list.

These include Iran nuclear diplomacy, the consequences of the recent Russia-China gas deal and the question of whether Obama’s foreign policy is doomed given his actions with regard to Syria and Ukraine.

Privacy regulations and the continued effort to censor free speech on the Internet under the guise of cybersecurity will also be covered, as will the global warming agenda which is a cover for further deindustrialization and the introduction of a carbon tax on individuals.

Infowars reporters are on the ground in Copenhagen all week to cover Bilderberg 2014.